I've always wanted to put LaTeX Math equations on a web page where MathJax is not allowed to run inside it.

Spending some time, I made Math API, that renders LaTeX Math markup into an SVG image.

So you can place your equation on almost everywhere on which you could put <img> or Markdown (![]()), such as GitHub, Jupyter Notebook or dev.to (here!).

It is possible to generate an inline equation by changing the query from from to inline.

Also, there is the online editor available at https://math.now.sh. 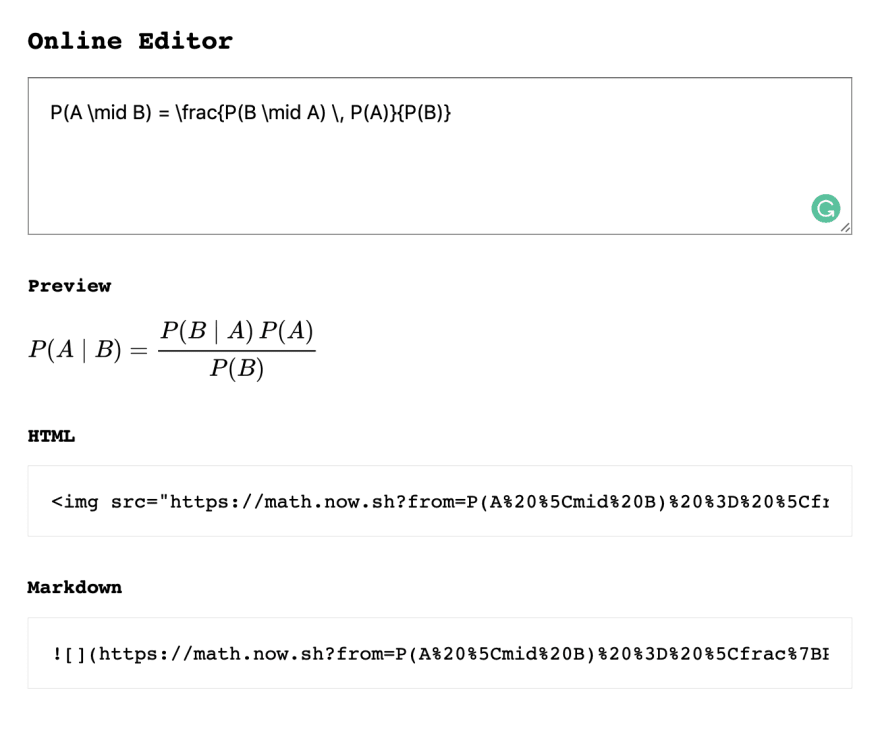 The source code is available on GitHub.
Give it a try and leave a comment/idea for a new feature.

Build a Minimal API with HereDoc and Docker