So, what was my basic app starting point look like in February 2020? 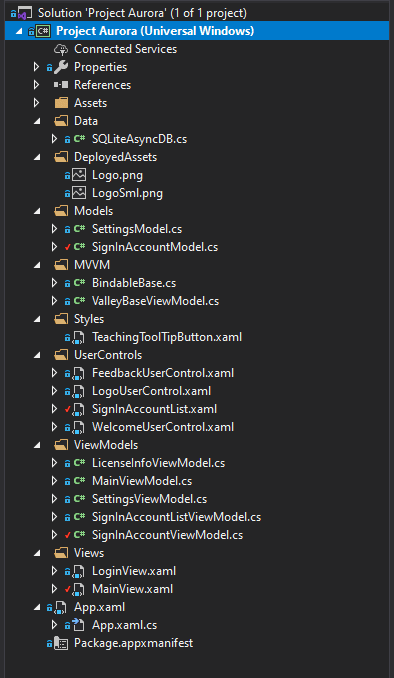 There is some stuff added and removed from standard for me; for example I have stripped out the Settings view I normally have (I'll re-add that later).

But it gives you an idea.

I have dreams of having base ListViewModels setup, as they tend to work in VERY similar ways 90% of the time, but I have never worked that out how I want it to be.

There is significant room for improvement and reduction of duplicate load/delete/startnew code in those view models. I've moved on though for now as you can spend a lot of time "collecting underpants", so to speak, while not getting on with solving problems.

Pitch to me: why should I use Svelte?

Once suspended, valley_software will not be able to comment or publish posts until their suspension is removed.

Once unsuspended, valley_software will be able to comment and publish posts again.

Once unpublished, all posts by valley_software will become hidden and only accessible to themselves.

If valley_software is not suspended, they can still re-publish their posts from their dashboard.