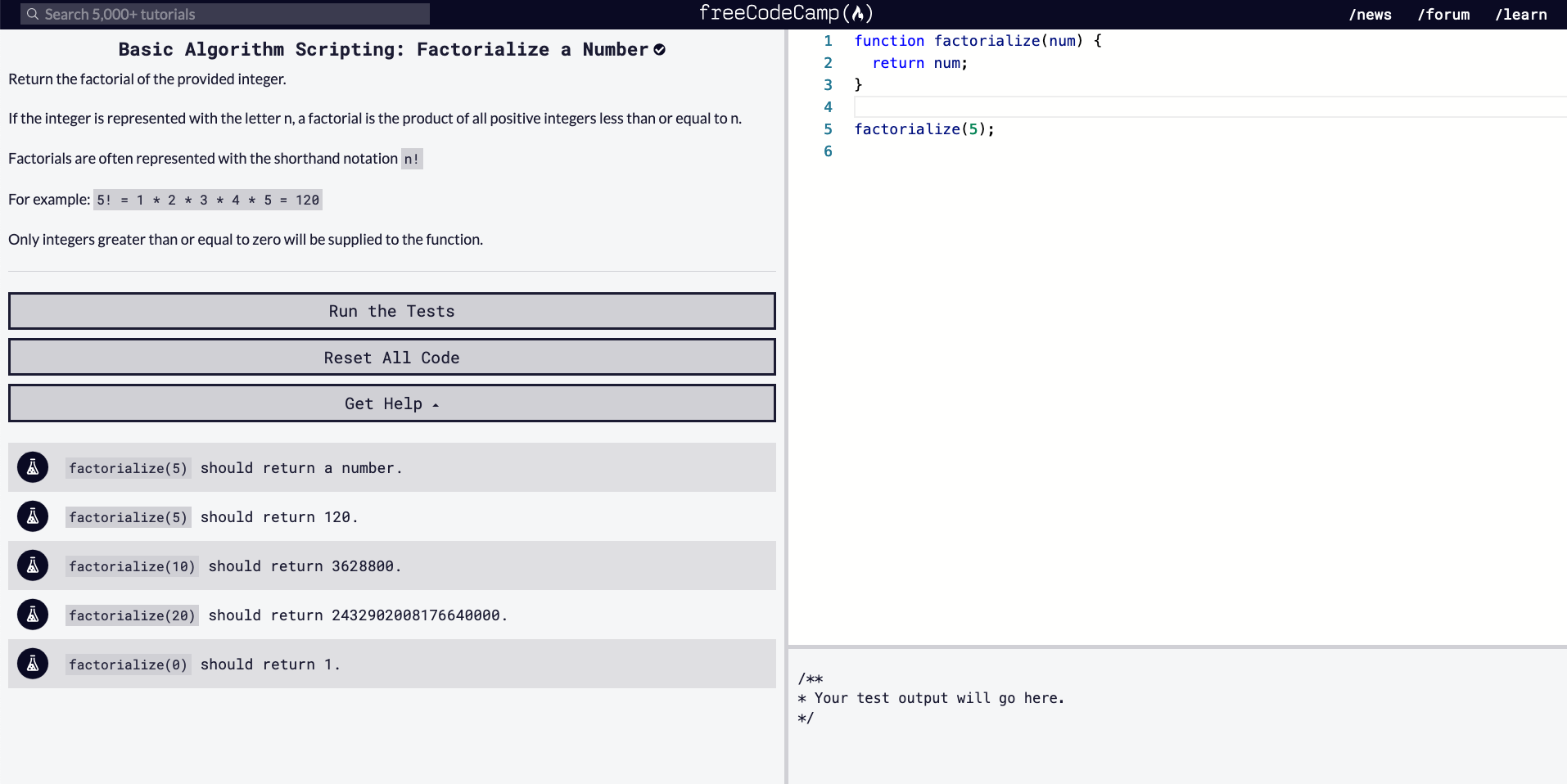 Above is the starter code provided for the challenge, "Factorialize a Number".

Our goal is to write a function that to take the input of a number and return its factorial (a product). Let's think this through. Here is how I would aim to solve this problem.

There's been too many times where I've tried to jump write into writing the code without thinking it through (in projects and coding challenges). That will leave you testing it way too many times, creating unnecessary variables, and running into more problems then you need to handle. If I try to follow the above method, it leaves me with a more clear mind of what I'm doing and hopefully writing some DRY code. Let's try to solve this problem now.

** Afterthought, whoops I could have used and practiced using a recursive function to solve.

[SPOILER: SOLUTION TO CODE BELOW]

This problem can also be solved by using a recursive function.

Factorialize a Number Challenge on FCC

Solution on my GitHub

Once suspended, virenb will not be able to comment or publish posts until their suspension is removed.

Once unsuspended, virenb will be able to comment and publish posts again.

Once unpublished, all posts by virenb will become hidden and only accessible to themselves.

If virenb is not suspended, they can still re-publish their posts from their dashboard.

Once unpublished, this post will become invisible to the public and only accessible to Viren B.

Thanks for keeping DEV Community 👩‍💻👨‍💻 safe. Here is what you can do to flag virenb:

Unflagging virenb will restore default visibility to their posts.