In this series, we have looked at so many commands with their different syntaxes and options, and it's very very hard to remember each and every one of them.

By the title, you would have already guessed what the command is, right?

The first question we have is, what is the use of history command?

The history command is used to view all the previously executed commands.

Why do we need history command?

The main use of history is to find an already executed command and use it again.

It can also be used for audit purposes or to find out what command was executed at a specific date and time.

Now, without wasting any more time let's get started 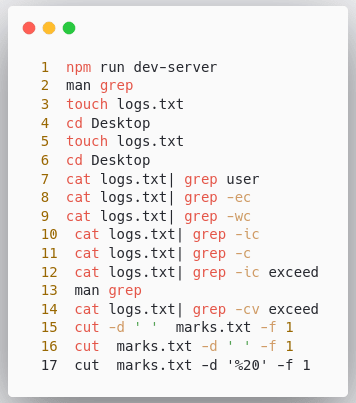 As soon as we press ENTER we get the list of all the commands.

By default, the bash used to store around 500 commands in the history but nowaday's the limit has gone up to 1000 commands.

To make the scrolling of commands a little easier we can use the history command along with the less command i.e. history | less.

But, what if we wanted to find only the last 10 commands 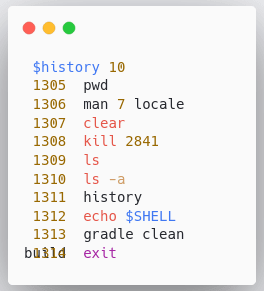 In the above example, we used the command history along with the number of commands we wanted to have a look at.

Now, what if we want to list them along with the time 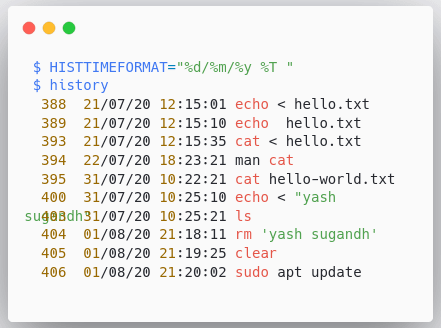 In the above example, we first used the command
$ HISTTIMEFORMAT="%d/%m/%y %T " which is used to set the time format day/month/year timestamp
After the format is set we used the command history to get the desired results.

Note: For zsh we just need to use history -i to get the same results.

What if we wanted to find the history of all the times we used a specific command? 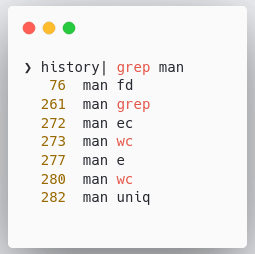 In the above example, we used the command history| grep man to get all the times we have used the man command

Till now we have seen different way's to get the commands.

But what if we wanted to use these commands.

For starters, what if after looking through history we found out the command we want to use has the x serial number. How will we use it?

In the above example, we used !1343 to execute the command at the respective serial number.

But this can land us into a lot of trouble if we typed the wrong serial number.

Is there anything we can do to prevent this?

Let's take an example to see how to prevent this

In the above example, we first used the command !1343:p which returns the command at the number and after verification, we can execute the command.

There is another feature that history provides known as History Expansion

We can also use !! to execute the last command but we would rarely use it since we can easily use the up key instead. 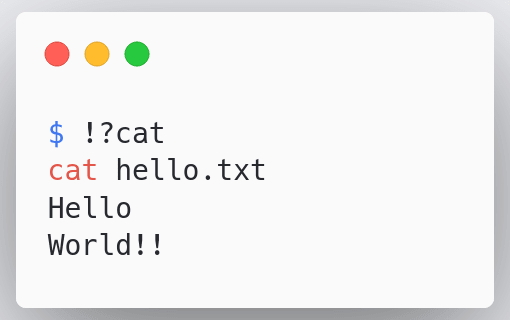 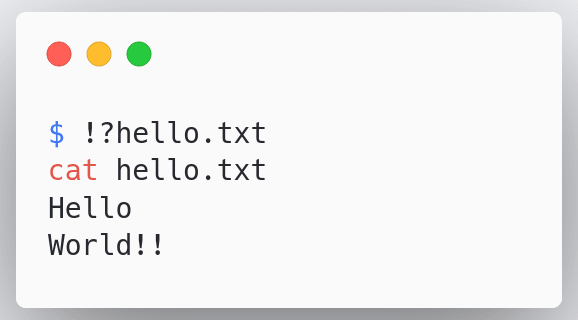 Similarly, we can use other history expansions as well.

So, this was all about the history keyword and how we can use it.

Hope you understood it and please let me know if there are questions and suggestions down below.

See you in the sunny papers :)