Today we are going to have a look at one of the most important/interesting topics in Linux System I/O Redirection.

What is I/O Redirection?

Redirection: to change the direction or focus of

Basically changing where the input to a command comes from and output of the command is sent to.

Okay, but what are these data streams?

In Linux Systems each command, and hence every process, is initialized with three data streams:

For this example, we are going to make use of the cat command.

The cat stands for concatination. The cat command is usually used to concatenate files.

To use cat command we simply type cat and press Enter. After that, we type the input from our keyboard.

The cat command takes input from our Standard Input Stream and then returns the output to the terminal.

In the above example, we used the cat command and entered Hello from our Standard Input Stream(Keyboard) and the command returned our input to Standard Output Stream(terminal).

For this example, we are going to make use of the echo command.

The echo command is usually used to display a line of text.

In the above example, we used the echo command and provided the value "Hello World" which was printed to the Standard Output Stream terminal.

For this example, we are going to make use of the cat command.

We will knowingly use the try to access a file that is not present and look at the error.

In the above example, we used the cat command and provided the file name "hello" which is not present, and hence it prints the error message to the Standard Error Stream terminal.

These were the different data streams but what is redirection?

Each Data Stream uses redirection commands. Let's look at each of them one by one: 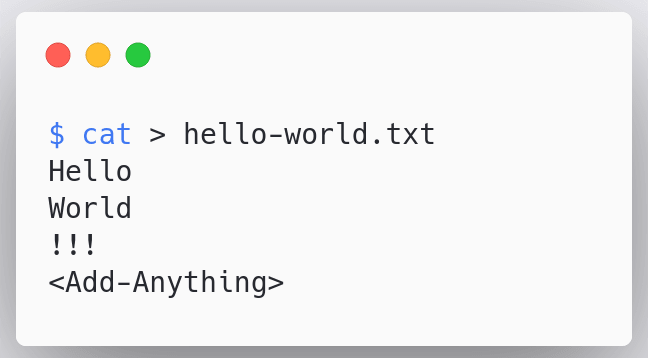 In the above example, we used the cat command to create a file hello-world.txt and then inserted multiple lines to the file using Standard Output Data Stream.

Using the Standard Output Stream we have redirected the output to a file instead of terminal.

The contents of the file "hello-world.txt" currently are

Contents of the file "hello-world.txt" currently

Now since we have used the > all the previous content of the file will be overwritten by new content.

But what can be done to keep the previous content as well? 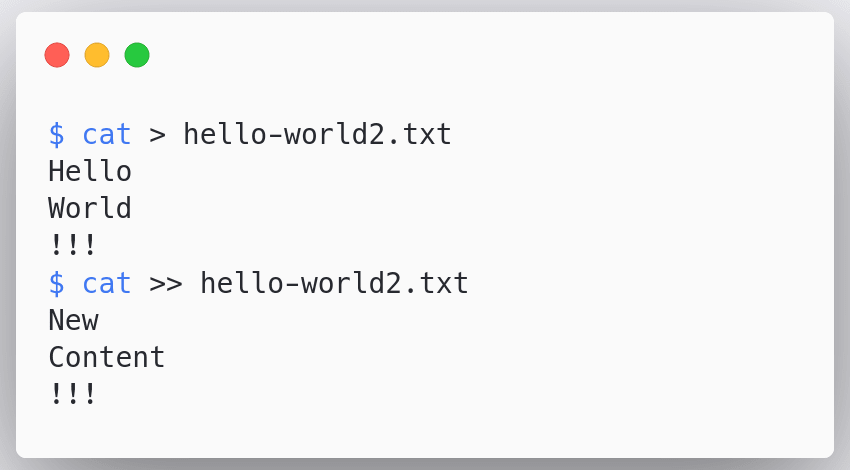 In the above example, we first created and inserted content into a file "hello-world2.txt".

After that, we again inserted some data into the file but this time we used >> instead of >.

So the current contents of the file "hello-world2.txt"

Wait, but there was also a number specified for the output stream. So why are we not using it?

Let's just use cat to read from our recently created file "hello-world2.txt" 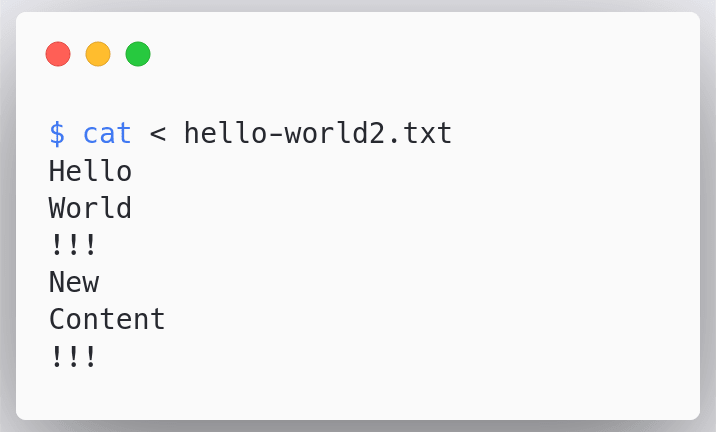 In the example, we used the command cat < hello-world2.txt to read the content from the file as input and print it out on the terminal.

The error stream uses > to redirect output where 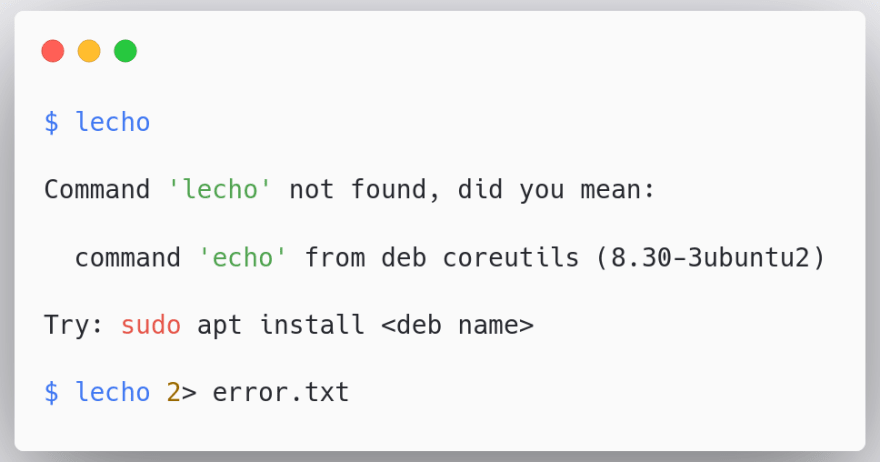 Note: We need to use 2 along with > to specify that we want to redirect the "Error Stream".

Similarly, to avoid the overwriting of file contents we use 2>> instead of 2>.

This was all about Redirection in Linux System. Please, let me know if there are any questions and suggestions on what you want us to explore next.

What are you learning this week?

How to seperate number with commas in Javascript