I was recently chatting with a few career-changing friends about the kind of projects to showcase during your job search, and I had some thoughts I thought I would share.

Note : while the discussion was about portfolios, the advice in this post applies to anytime you would need to showcase a project. Personally, these are lessons I learned while repeatedly answering the question “Tell us about an interesting project you worked on?” in the course of my two job searches.

Having a side project or two to show off can be pretty important when job hunting, especially for your first job. Potential employers want to see that you have the skills you claim on your resume and first-time job seekers just don’t have the real-world experience to back their claims (and even if you have been working before, the work you did may be proprietary and you might not be able to show it off).

Having a project or two in your portfolio can serve as a signal that the Rails and React you listed on your resume are not just referring to an online course you once took, but that these are technologies you know, can use, and enjoy working with enough that you powered through a whole project through to completion.

This isn’t to say that you can’t get a dev job without a side-project. Many people have busy lives and can’t find the time to maintain side projects in addition to their other responsibilities. What I am saying is that having projects definitely won’t hurt.

When it comes to choosing which projects to showcase I learned that the answer could be a bit counter-intuitive.

I used to think that the more technically complex a project was, and the more technologies it used, the better. After all, the point of having a project is to show off my technical prowess, no?

To that end, I had the perfect project. It was my final project I created when I graduated bootcamp. It combined all the latest buzzwords. It had an API, it had a React front-end, it was in Rails, it checked off all of the boxes, it was perfect.

I brought that project out every time the question of “show us something interesting you worked on” came up, the interviewers would feign interest for a few minutes and then the conversation would move on to other topics.

Then I had one interview that changed things for me. At one point in the interview, the interviewer asked what some of my non-coding interests were. Now, usually I’m not a fan of such questions, I believe job interviews should be about the skills relevant for the job, but I played along and started talking about my interest in aviation and my hopes to one day get my pilot’s license. And then I started telling him about one of my older projects, a logbook for student pilots.

As it happened, I got pretty animated, the interviewer seemed pretty interested, and after the interview, I realized that we spent more time talking about my logbook app than the project I was initially showing off, and the interviewer actually seemed more interested!

Now my logbook project was a simple Rails CRUD app. Other than a nasty nested form and some moderately complex join tables there was nothing too complicated about it. On paper, it wasn’t nearly as exciting as the final project I was used to showing off, but what it did have, I realized, was a story.

My fancy-schmancy React/Redux/REST-API-y project might have contained all the buzzwords, but it didn’t solve any need for me (other than, you know, letting me graduate bootcamp), and that doesn’t make for a very compelling story, and non-compelling stories make for bland interviews, and bland interviews make for candidates that don’t stand out.

What I learned from that interview was that an exciting project is almost always better than an impressive project. That realization caused me to change the way I interviewed and presented myself. I started bringing out my less impressive projects, my pilot’s logbook, a simple browser extension I wrote in a night to add explanations to my favorite webcomics, anything really as long as it has a story behind it.

Leave the impressive projects for your resume where keywords count more than stories, for your interviews and portfolios chose projects with a story. Did it solve an interesting need for you? Does it promote a cause you’re passionate about? Those are the projects that will help you stand out. And in interviews, the more you stand out, the better!

Would you like some ideas? Check out some of the blog posts below about some of my side projects that, while not my most technically advanced, have a story or solved a need: 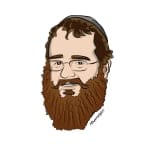 Explain XKCD To Me

Progressive Web Apps Will Save The Open Web

Yechiel Kalmenson
He/Him/His I'm a Software Engineer and a teacher. There's no feeling quite like the one you get when you watch someone's eyes light up learning something they didn't know.
What are your favorite Kotlin resources?
#discuss #kotlin #beginners
Automating Google Form Submission In Ruby
#ruby #beginners #covid
What Are Your Goals For 2020?
#discuss #career #accountability