As the complexity of Cloud Computing is reaching clouds, we, as developers, are posed with problems that never existed before; deployment being one of them. Of course, one could always go for Virtual Private Servers (VPS) or (opting for more modern means) cloud services such as AWS, Azure or GCP. Sure, these providers have fulfilled their promise of easing the process of deployment to an extent, but the ever evolving nature of cloud has rendered it still hard to navigate through.

These platforms, that we could call Big Cloud Providers have gotten complex to the point it must be proven that we are worthy of their services (of course, by taking some exams; I just made it over-dramatic..) Even the simplest of them, GCP is hard to know around.

Now, coming back to our good old VPS Providers (such as Digital Ocean, Linode, Vult…), they still demand the knowledge of additional skills like linux and sysadmin, so let’s outright label them as not-simple.

With the Big Cloud Providers and VPS Providers out of spectrum, I’ve run down three providers which I deem good enough for these times’ use:

Netlify is a popular front-end hosting platform. I know what you’re thinking, and yes, I have a reason to include something such as this here in this article; the reason being that they are one of the major innovators of a new trend in web development, namely, JAM (JavaScript, API and Markup) or more popularly known as JAMstack.

Also, it is one of the easiest solutions for using serverless.
That is not even the tip of the iceberg, however. Netlify uses serverless functions, powered by AWS Lambda, for backend usage matters.

Authentication of users can easily be enabled with Netlify Identity. 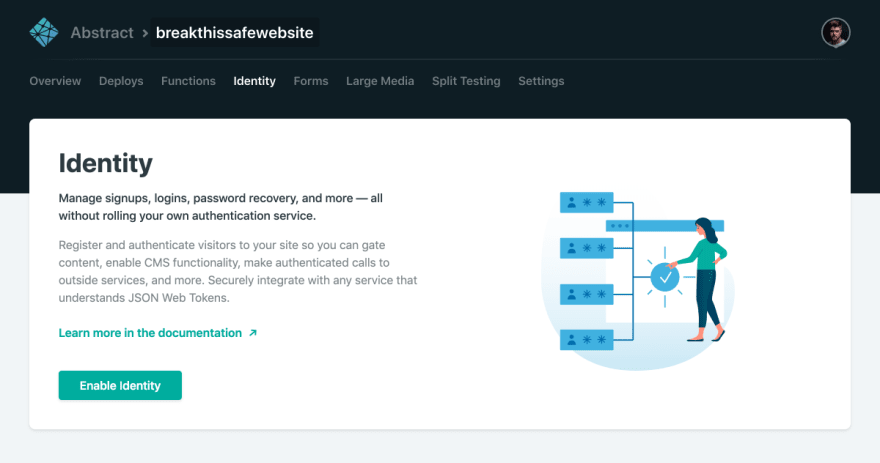 And don’t get me started about CI tools and CDN...oh, sure, I must get started! Well, it acts as an abstraction layer to host, so easy that a simple drag-and-drop is all you require. Github (and other git repositories) Integration is a given feature, so all it takes for the entire application to be built and hosted in the CDN is a git push.

Hostman uses containerized systems that run on top of AWS, GCP, Azure… but still implements them differently, in quite an easy manner. I mean, not having to write ConfigFiles( “Procfiles” as in heroku), sure is easy, isn’t it? 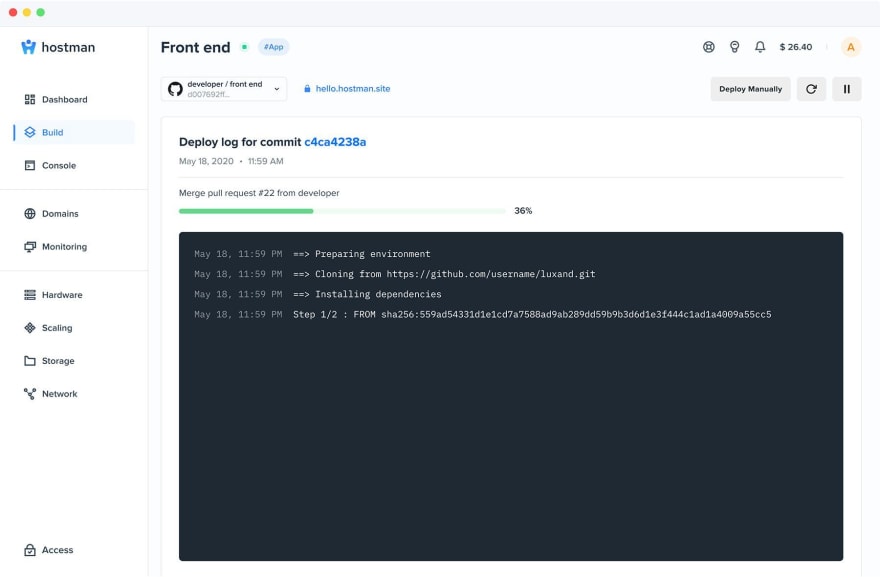 For most developers working with Python, Go, Node.JS, Scala or Clojure, Hostman is the ideal choice for hosting and deployment.

For deployment infrastructure, it uses a container that is running on top of AWS and DigitalOcean, which has a wide flexibility, i.e. this provider here supports horizontal as well as vertical scaling, which is a point one must not miss while talking about Hostman. Also, like Netlify, ‘push-to-deploy’ is an option here as well, so once you push the code to Github, it gets automatically updated.

Additionally, it has an automated alert system where you get emails (or through your preferred platform) in case of any failure in the CI/CD. Also, in such cases, the backup version of the application is used, so one up for you here, Hostman!

Not that it has no flaws, it has plenty, let’s break it down below: 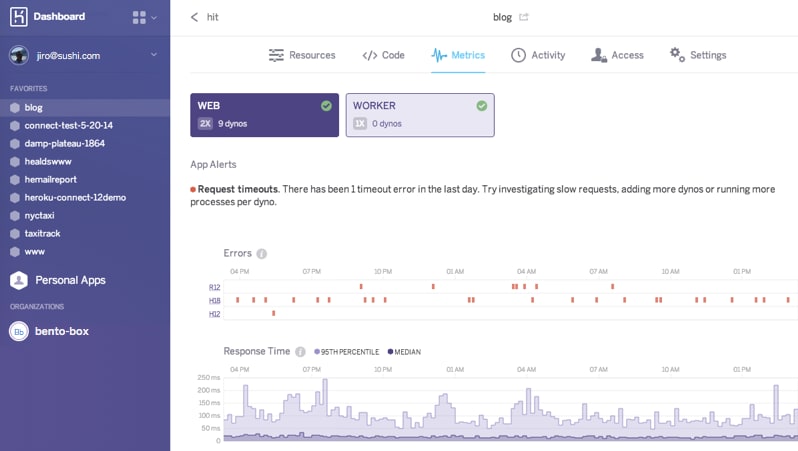 Heroku is one of the pioneers of PAAS (platform-as-a-service) Solution.

It mostly comes in highlight due to its wide variety of useful Extensions (which include the ones for managing a database to sending emails or running cron jobs). Also,with built-in CI tools and the fact that almost all of the management tasks can be abstracted, you get a pat on the back, Heroku!!!

There is no one best thing out there, only “better at this than that”. So, with the things I have mentioned in the premise, it is in best interest to seek balance between your requirements and choose accordingly.

If your thing is backend only development, Heroku is the way to go; if mostly frontend, Netlify is a better choice. If you want to combine both front- and back-end applications, clean and easy UI, use Hostman.

Once suspended, alex_boykov will not be able to comment or publish posts until their suspension is removed.

Once unsuspended, alex_boykov will be able to comment and publish posts again.

Once unpublished, all posts by alex_boykov will become hidden and only accessible to themselves.

If alex_boykov is not suspended, they can still re-publish their posts from their dashboard.

Once unpublished, this post will become invisible to the public and only accessible to Alex Boykov.

Thanks for keeping DEV Community 👩‍💻👨‍💻 safe. Here is what you can do to flag alex_boykov:

Unflagging alex_boykov will restore default visibility to their posts.