In the last part of the Series, We made its so that our staff user can only have one user session at one time, however in the last series I decided not implement the session control towards normal user. For normal user I would prefer to display a list of all the session each user had, so that they can manually kill their session.

Going with this idea, I would now use a library called django-user-sessions. This library will display the list of user active session have the ability to kill all his/her session.

Among all the post that I have been writing previously, most library are quick and easy in terms of installing and usage. However django-user-sessions package depends on GeoIP library. GeoIP library require a huge databased provided from Maxmind. You would need to navigate to a geolite2 page, register and download 2 files name GeoLite2-Country.mmdb.gz and GeoLite2-City.mmdb.gz as per instruction

Once your have the files, unzip the folder, copy and paste in your working environment like so 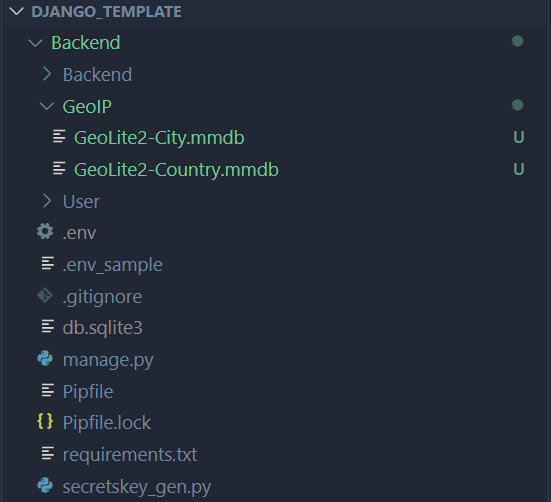 and in your settings add this line

now for something a bit controversial:

4) Setting the LOGOUT_REDIRECT_URL in settings.py file

5) we can now do a make migrations and also migrate with the following command in your terminal:

6) If step 5 cause you some issue such as migrations conflict add the following line in your settings.py

7) This step is optional if you are working from behind a reverse proxy such as Nginx,

2) In your settings.py file, in your MIDDLEWARE add the following

By completing the steps listed here, the user of your web app can now maintain on their own from which platform his/her have active session and kill the session if needed.

How to Use Push Method In React Hooks?

Once suspended, ashraf_zolkopli will not be able to comment or publish posts until their suspension is removed.

Once unsuspended, ashraf_zolkopli will be able to comment and publish posts again.

Once unpublished, all posts by ashraf_zolkopli will become hidden and only accessible to themselves.

If ashraf_zolkopli is not suspended, they can still re-publish their posts from their dashboard.

Once unpublished, this post will become invisible to the public and only accessible to ashrafZolkopli.

Thanks for keeping DEV Community safe. Here is what you can do to flag ashraf_zolkopli:

Unflagging ashraf_zolkopli will restore default visibility to their posts.