We're past the halfway mark in "Dev Tools" week! We looked at developer tools to help provision Azure resources, automate cross-browser testing, streamline CI/CD, and debug/audit your SWA for performance and accessibility. But what about local development - something to help me go from start (project creation & configuration) to finish (build & deploy) in one tool? Let's say hello to the Azure Static Web Apps CLI.

Yohan Lasorsa is a Senior Cloud Advocate on the Developer Relations team at Microsoft and one of the Core Contributors to the Azure Static Web Apps CLI open source project. Find him at @sinedied or follow him right here on dev.to. 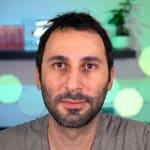 You may have missed it, but the new Azure Static Web Apps CLI is now available! _The official GA release happened live on the

It would take a whole post to describe all the changes and new features, but here are some of the highlights. With the new init, build, start and deploy commands, the complete developement cycle of your app is now available in a single tool, directly from the command line.

To get started, make sur you have a recent Node.js version installed (>14) and type this command in your terminal:

We'll now have a look at the new commands and the most important features.

If you've never heard of Static Web Apps (or SWA for short), it's a web app hosting service provided by Azure, offering streamlined full-stack development with many built-in features like authentication, customizable routing, serverless functions and more. It also has a great free tier 😉

As the new CLI introduces a gazillion new options, it must quite a steep learning curve to get started? Quite the opposite!

Every command starts with swa, and now it might also be the only thing you'll need.

This command is a macro shorcut for swa init, swa build, swa login and swa deploy. We'll get to the details of all these commands in a bit, the most important thing here is that swa is the only command you need to know to configure a new project for use with Static Web Apps, build it and deploy it. You don't have to worry about any options or flags, just type swa and you'll be on your way.

The first of the new commands is swa init. This commands with detect your project configuration and the frameworks you're using to suggest a configuration for you, so you won't have to read through the shiny new docs to figure out what options you need.

After asking a name for your project configuration, you can validate or edit the detected project settings. Once finished, it will create a swa-cli.config.json file in the current folder with your settings. You can commit this file in your project repository so everyone from your team can use it.

After the configuration is created, you're all set to use other commands without having to bother with any options or flags.

Whether you need to build your front-end app, your API, or both, the swa build command will do the job. It also takes care of installing your NPM dependencies (if needed) detecting if you're using npm, Yarn or PNPM with your project.

Historically, being able to run your app locally was the first feature of the SWA CLI. Of course it's still there, and swa start allows you to emulate the SWA runtime environment, along with the routing, authentication features and API. A few changes were made to improve the developer experience, and of course bugs were fixed to more closely match the real SWA runtime.

Previously, if you were using an API, you had to install Functions Core Tools and make sure to match the tools version with the Node.js version you're using, but now the whole process is automated for you. If you don't have the tools installed or if the wrong version is installed, you don't have to worry about it: it will be automatically installed for you when needed.

With these new commands, you can already setup your project, build it and test it locally. Using swa start is also great for debugging your app and API in a live running environment. Once you're happy with the result, you can deploy it to Azure, and that's what we'll explore in the next post.

In the meantime, you can also head to the new docs website to learn more about the new features and how to use them.

Tell us your feedback!

We're also here on dev.to to listen and help as much as we can! 🙂

Please tell us your experience, your difficulties, your questions, and what features you would like to see in the next versions of the SWA CLI.