The following thoughts are not revelatory, just forgotten by some and never explained to others.

jQuery, once the library of the web, practically synonymous with JavaScript itself, is gradually fading away. And that's just what naturally happens to stepping-stone technology.

I think there's a bit of a myth that jQuery was replaced by React and similar libraries which help handle complex UI manipulations with greater ease than jQuery ever did. However, that's only a small part of the reason jQuery is no longer necessary.

Imperative DOM manipulation is still incredibly valuable and important, but thanks to jQuery's influence, all these nice APIs pretty much ship in the browser.

I was never following the web closely enough to be able to pinpoint with great accuracy which APIs helped tip the scales away from our reliance on jQuery for convenience so I won't try to get into those details (but fetch comes to mind as a big one).

Here's a more extensive list of how jQuery got rendered obsolete... 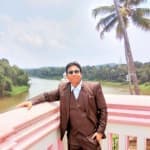 jQuery was everything for the web, and its influence on the DOM and window APIs cannot be understated.

If you really want the jQuery sugar, re-implementing it is easier than ever... 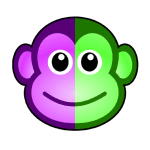 You probably shouldn't use jQuery for a new webdev project, but that does not mean you shouldn't use direct DOM manipulation. It's the best choice for many situations and so simple to do with plain old JavaScript.