It appears that Chrome is taking more steps towards obfuscation of URLs.

👉 Google Chrome to Hide Parts of URLs in Future Update

But what's the big deal? It's not like the typical user gets anything from the URL...

Chrome is experimenting with URL display again. I don't know why this enrages folks so much. The truth is, humans can't read URLs youtu.be/0-wB1VY3Nrc

Part of this issue is that URLs are a component of technical literacy we all wish we didn't just throw the towel in on. But I think the bigger issue really isn't about the URL itself at all. People in the developer ecosystem are concerned about Google eating the web, and anything they do to change things is going to be scrutinized in this lens.

Here is a screenshot of AMP (Accelerated Mobile Pages) 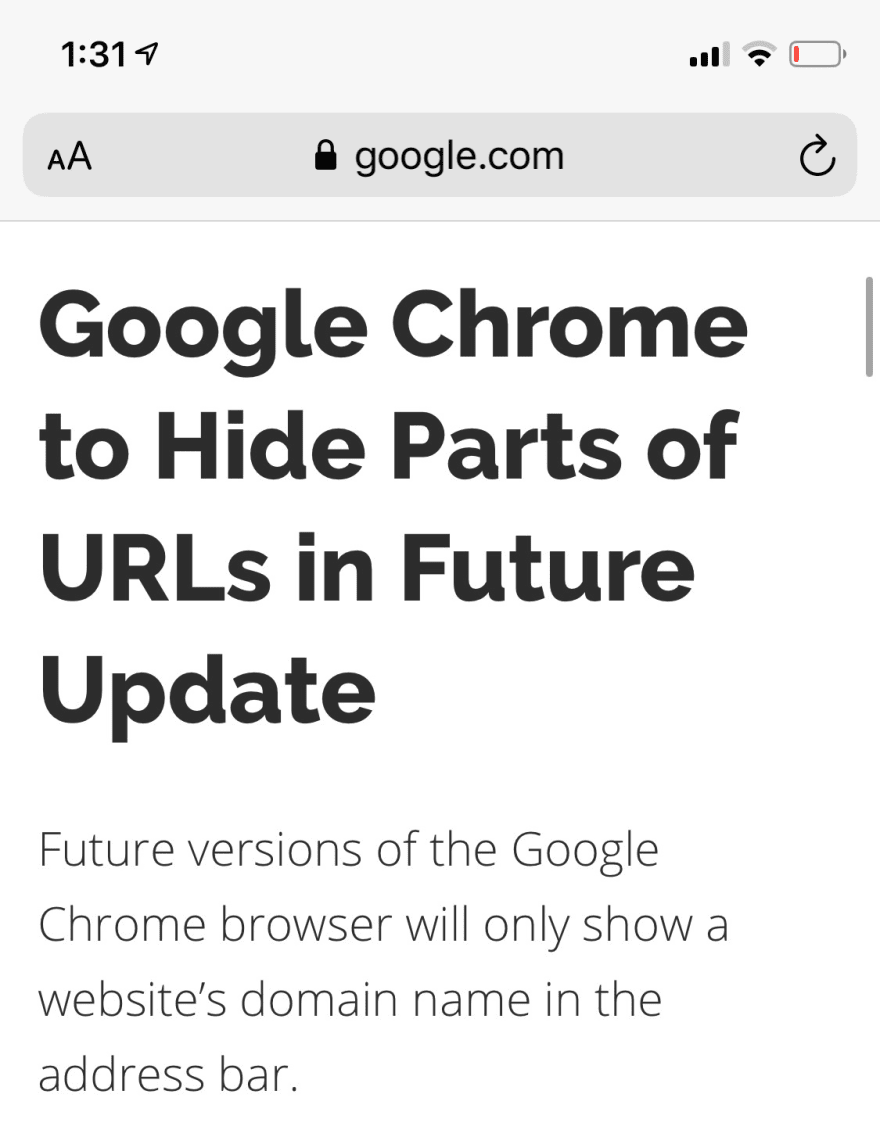 Pardon my low battery, but google.com did not write this article. This is AMP—one of Google's boldest moves in consuming the web. Since this is a dev site, we don't need to get into that whole thing too specifically.

Google's moves to erode standards, monopolize certain technologies and services, and build the web in a self-serving way is always going to rub people the wrong way.

This issue cannot be seen as whether this individual outcome is problematic, but whether we want to allow the open web to die by a thousand paper cuts.

Google has helped push the world wide web forward, and that cannot be ignored or taken for granted, but in its position of dominance it has taken steps to capture value rather than strictly emit it.

You could say that Apple is choking the web from a different direction and that Microsoft has just handed power to Google because it's the better short term play. However, it is Google that most needs to be under the microscope when it makes any bold choices about the future of the web and the browser.

Any URL debate is about much more than just the URL.