This series is so close to being done but not quite.

If you've kept up till now your application's frontend is (hopefully) functional on your home server with Heroku hosting its backend API. It's now time to migrate the Rails API and its Database into the server.

At this point there are, again, a few options you could do:

Because I already have a Ruby on Rails API built I'm going to download that repository and configure a private endpoint for the frontend to interact with it.
If you need a refresher the difference between an API and a database, refer to my API =/= Database post.

Before I add the API repository onto the server both Ruby and Rails need to be installed. For this I'm going to follow the Digital Ocean tutorial for installing Ruby on Rails with rbenv on my Ubuntu server, with a few changes for my specific system that I will list as needed.

Note: For this step I did find that if you run the commands as the "Root" user you will run into some issues; so I recommend using the sudo command as needed.

To reiterate... If you installed rbenv as Root you might have trouble. Rbenv seems to not like being installed as root so only run with "sudo" if it insists.

Depending on if you are downloading an already built API from GitHub, downloading one from your client computer over SSH, or creating a new API will depend on how you do this step.
Because I already have a Rails API built for my application on GitHub I will go through the same steps here to download the repository as I did with my React frontend into a folder named "backend" in the application's main folder.

Now that Ruby and Rails are both installed on the server it's time to configure the endpoint for the backend API. This step will be similar to the process for the frontend but you will need to make a few naming modifications.

Now that there is an end point you will need to follow the same process as the frontend and configure a new SSL certificate with different names for the endpoint to work for testing.

You may still get betting the pesky error from the browsers when trying to access the page but you should be able to go into the "Advanced" button and allow the "unsafe site". 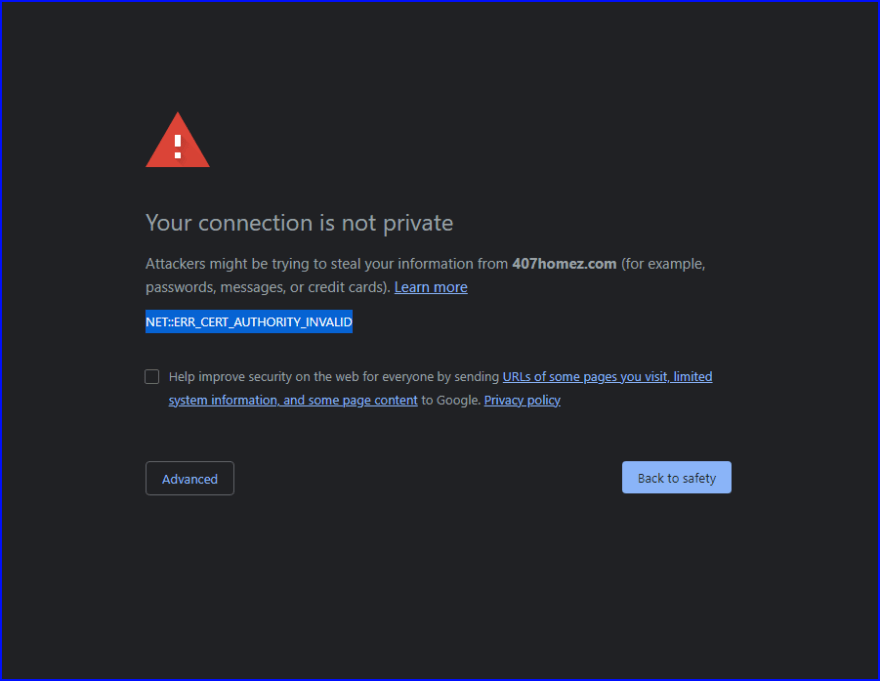 There are a few more things to do as I need to set up application server and go through server hardening.

Trust No One - Be Warned!