Software development is everywhere. But do you understand what it is about? Is it really clear for you? 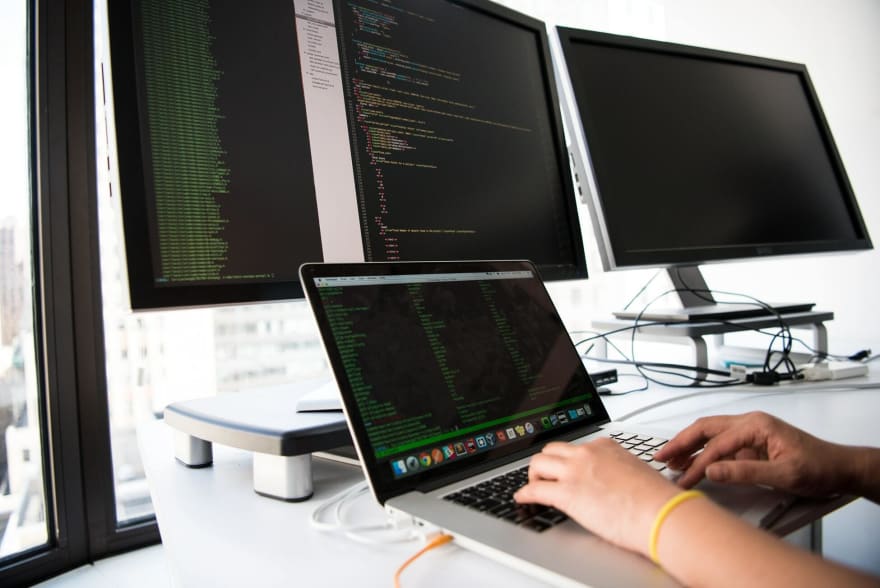 In this article, I’ll explain what software development is, as seen from where I stand, fifteen years into the IT industry.

This content is part of my Dev Concepts series.

So what is it about?

Fundamentally, creating software means writing source code that, once transformed into machine code (i.e., code executable by a computer) by a compiler (i.e., sort of translator) gives instructions to the computer so that it can fulfill some useful function. Those instructions define the behavior of the software. For example: how it reacts to certain events, whether it accepts specific user input or not, what happens when the user clicks here or there, etc.

We can consider a few basic types of software:

We could refine and distinguish between many more sub-types, but it doesn't matter too much for our discussion. If you're curious, then take a look at the following resources:

Another thing to consider is that applications are not always monoliths and can be composed of different parts/sub-systems, communicating with each other through different means. Those parts can even be executed on different machines; in that case, we talk about distributed systems.

Writing the code is only a part of the story though. Before doing anything, software developers first need to understand and analyze what actually needs to be done.

Software developers sometimes create software that humans don't directly interact with, but at the end of the day, humans are always somewhere in the loop. You should never ever lose sight of that fact. Whatever you do, always keep in mind that you need to satisfy the end-users.

A perfect solution that solves the wrong problem is just as useless as an unusable one. (A wise person)

In this short article, I've introduced the notion of software development. It's just an idea, a simple concept. And that's the magic; if you learn the concepts one by one, then you'll quickly become one of us, a software crafter. It's not that hard; it's like everything, it just takes time.

That’s it for today!

PS: If you want to learn tons of other cool things about product/software/Web development, then check out the Dev Concepts series, subscribe to my newsletter, and come say hi on Twitter!

Is It Normal To Be Stuck in Programming Problems? What to Do?