Welcome to Community Spotlight, where I shine the spotlight on a member of the community that I find inspiring as a result of their journey, contributions or outlook to tech.

In this edition we have Jose David Pereira, or "Bolt" as he is known in the tech community. He is a Software Consultant in Lisbon, Portugal.

I first met Jose David through my YouTube channel as he became a subscriber. From there things moved on organically with Jose David contributing to my Discord Bot called "EddieBot", which responds to commands and which you can check out on Github. I find that Jose David is a great asset to the community as he contributes with code but also with support and encouragement to others.

Jose David first got into tech in his last year of high school as he wanted to learn programming to build computer games. Jose David decided to teach himself Java - I really identify with this given that I began my programming journey by teaching myself PHP. Following high school, Jose David went on to choose a degree in Computer Science. It always interests me when someone pursues a Computer Science degree as I did not. I do sometimes wonder whether I would have reached my programming skill level sooner if I had done such a degree, although it is undeniable that my engineering background did form a solid base for my programming practice.

By his own admission, Jose David found it hard at the start to understand object oriented programming as well as best practices, and as a result and in his own words: “my code sucked”! Having seen Jose David’s code, I cannot see how this could ever have "sucked" but it is great to see when someone understands the correlation between good code and best practices. To me, best practices (such as automation and small pull requests) are vital in order to promote maintainability, readability and longevity of code. By his second year at university however, Jose David “started falling in love with the craft” and focused on the pursuit of learning more and more. What started with wanting to learn how to programme so that he could play his own computer games, software is now his passion.

For Jose David Open Source is all about collaboration with other Devs - this could be working together for creating something of value or just for mere fun. Currently Jose David and I are collaborating on our community projects which I would say ticks both of these boxes!

The type of collaboration that Open Source generates allows you - in Jose David's opinion - to broaden your horizons as you get to experience feedback from a wide range of people and you become exposed to their opinions and perspectives. For Jose David, the skill of knowing how to give feedback, but also how to embrace and act on feedback you receive is incredibly important. I could not agree more. I have had contracts where I have been the only developer and others where I have worked in a project team of over 40 developers - which provides for very different experiences. No matter where you are on that spectrum, interacting with the Open Source community will give you invaluable exposure to different ways of approaching and solving a problem, as well as learning how to work collaboratively.

I got to know Lisbon in a tech context four years ago when I attended my first WebSummit and it is undeniable that the city is becoming a real tech hub. Government funding and company friendly regulations, incubators and boot camps popping up, as well as big names such as Mercedes and Google setting up technology hubs, makes this a very attractive proposition for home grown talent such as Jose David, as well as digital nomads. Let’s also not forget the quality of life element - from the fantastic weather to eco-friendly living and affordability. 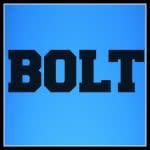 What tools do you use to boost productivity?