Rebasing branches with git is a process that all developers work through. It can be challenging at times to get all your commits exactly where you're hoping that they will end up. While git isn't perfect, git rebase --onto can help tame your branches when you have to work with non standard rebasing. git rebase --onto let's us be a little more choosy about where and which commits we want to more easily handle complicated rebases.

How a traditional rebase works

Traditional rebases (those without the --onto flag) are pretty easy to understand. Commits get applied to the head of the branch you originally created your working brach off of this works for the majority of cases but sometimes the head of your base branch is faulty, or your doing some testing and want to move your feature branch one commit at a time.

To easily reproduce a bunch of commits in a repo and make it easy to work with, here is a quick bash script that will generate a ruby file and commit a bunch of times to make our "git world" more consistent.

In this repo you should see a lib directory as well as a file called my_thing.rb with some commits on. 5 commits on the master branch and 2 commits on a feature branch that are based off of the third commit of the master branch. The SHA's between your repo and my repo will be different, but at least the commit messages will be the same to easily follow what we are doing below.

As a quick aside, let's talk about object identifiers in git for a second.

In words I want to move my set of commits from one commit to any other arbitrary commit. 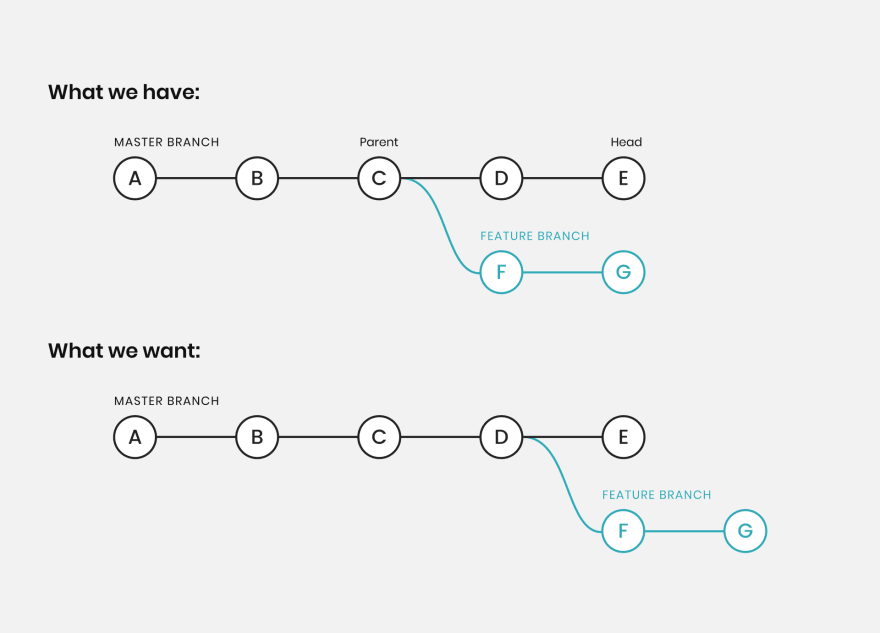 For the most part, this is helpful if you don't want to move your commits to the top of a branch or for some reason you can't have your feature branch at the top of master . But it can also be useful if you have a release branch and need to maintain your work across multiple branches.

I want my work to be on top of commit 4 with SHA 2b4c572 and it's currently on commit 3 with SHA b45626d. Not too bad or crazy complicated. For these cases I took the changes from My Feature Commit 1 and My Feature Commit 2 to make sure the commits applied to see the example.

The three argument version of git rebase --onto is a little more powerful, but not as useful always. I tend to only use it when I have really messed something up or have a pretty nifty reason to use it. In fact, I am not certain I have ever used it to do something entirely useful in git repository. Either way, it could be useful at some point. 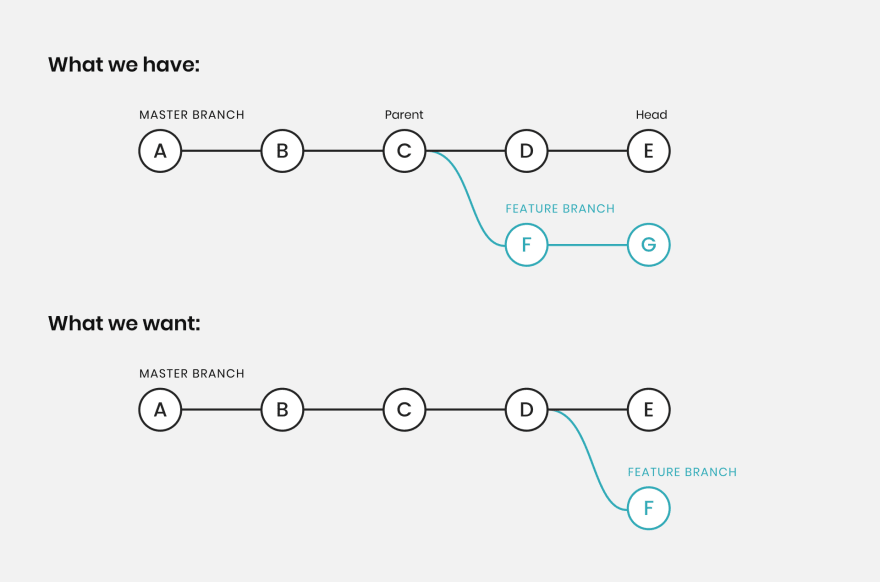 Note that we masterfully and easily cut out commit G from our feature branch. This makes it pretty easy to do this. 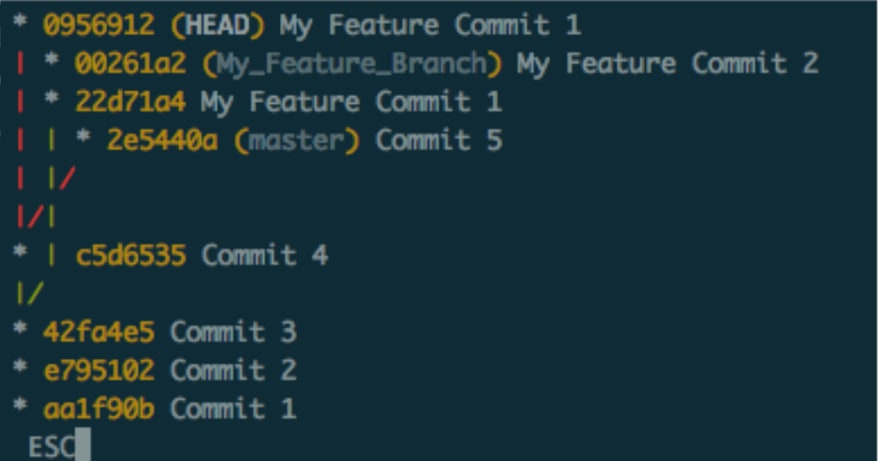 Pretty easy if you ask me. One thing to note is that git rebase --onto/3 leaves HEAD in a detached state and to save this state, you need to name the branch something.

All of these examples were generated using a quick bash script that generates the same commits each time. Though the commit SHA's (object identifiers) will be different (thanks Git!).

Feel free to check out the bash script and play around with git commit rebase --onto it can take some getting used to but its a powerful tool that has really helped me minimize some git pain in the past.

Have any questions? Let me know below.

Grow in your skills through product strategy, design, and development.
Our team shares new content and hosts online events every month.

Once suspended, headwayio will not be able to comment or publish posts until their suspension is removed.

Once unsuspended, headwayio will be able to comment and publish posts again.

Once unpublished, all posts by headwayio will become hidden and only accessible to themselves.

If headwayio is not suspended, they can still re-publish their posts from their dashboard.

Once unpublished, this post will become invisible to the public and only accessible to Andrew Stuntz.

Thanks for keeping DEV Community 👩‍💻👨‍💻 safe. Here is what you can do to flag headwayio:

Unflagging headwayio will restore default visibility to their posts.