Last week happened Codecon 2021 first edition, which was my debut as co-organizer.

My role in this edition was mainly developing and taking care of our gamification Discord bot. While it's still not open source, it's heavily based on my other Discord bot Corvo Astral.

To keep the tradition of reporting what has been presented on the tech events I participate, here's what I have summarized. 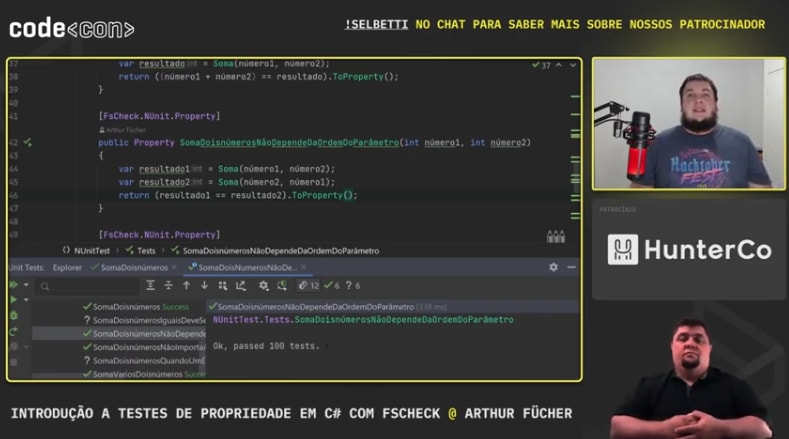 In this talk, Arthur showed us the concept of a different test type: the property one. Compared to unit and integration tests, here we're validating if a given property from the input and output of a method is being satisfied. For example in a Sum function, we check if its commutative property (x + y = y + x) and identity property (x + 0 = x) are being respected with several auto-generated inputs. 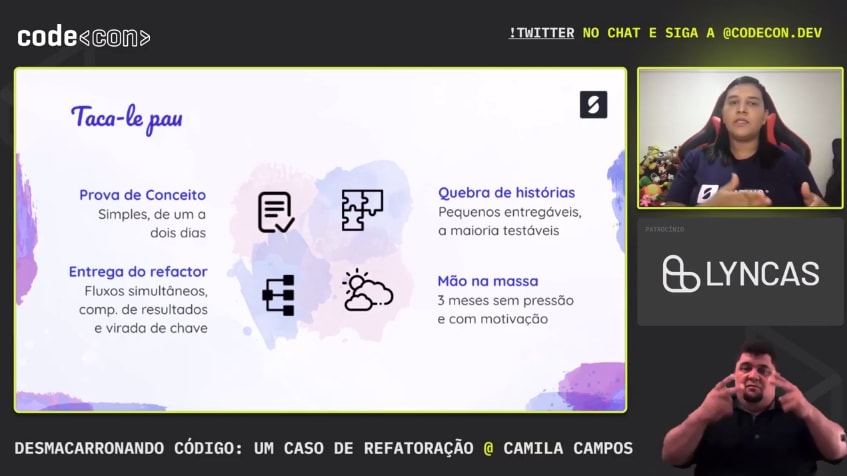 Camila talked about a refactor project that she and her team had to do in a Credit Score application and how they managed to "tidy up the house" by aligning their goals with managers and stakeholders and drawing the flux of the application. It's clear that their approach resulted in a big relief and motivation to the team and a faster result delivery.

🌌 Galaxies TDD, how to finally understand and apply the tests universe 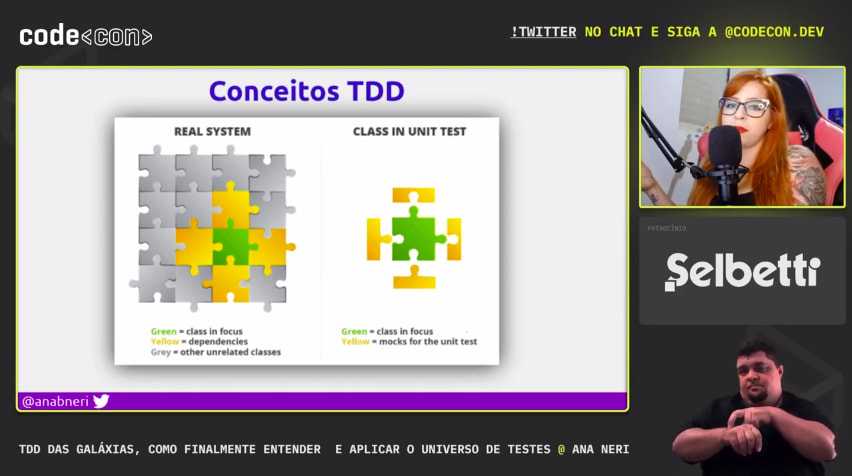 By presenting the concepts of the Test Driven Development using Star Wars theme, Ana elaborated how to achieve a resilient software with good quality. She also brought the most common mistakes we can make when applying TDD and their solutions.

🔭 From Callback to Observable with RXJS 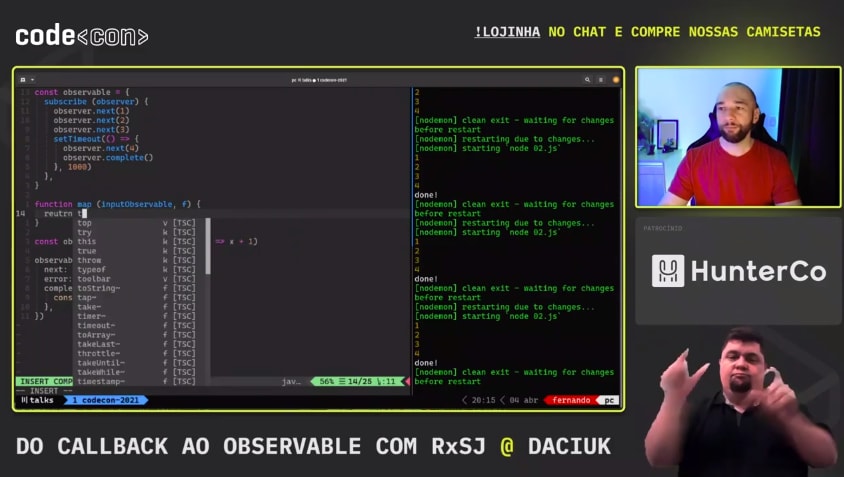 With a brief presentation and lots of live coding, Daciuk explained what Callbacks are, their evolution into Promises (kinda) and how we can use Observables in the practice. 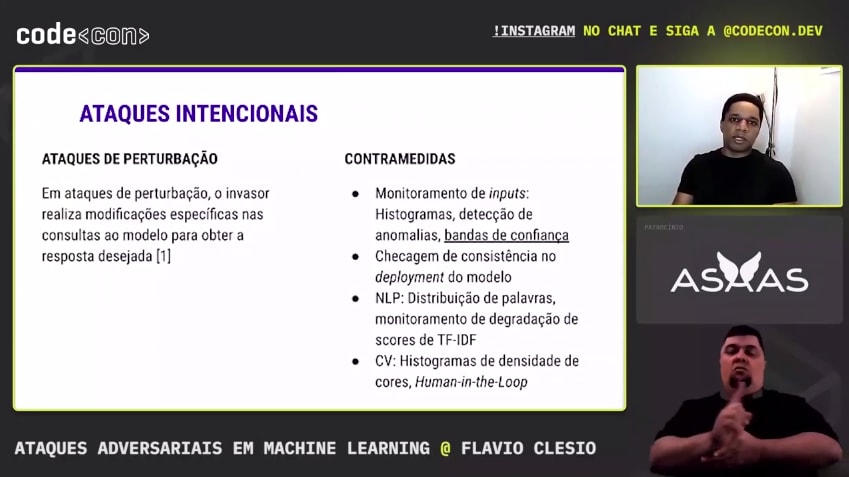 Flavio showed us several examples of how a Machine Learning application can be exploited by external agents, such as model poisoning or by internal failures, like unexpected distribution changes.

📈 Clojure is a Java better than Java 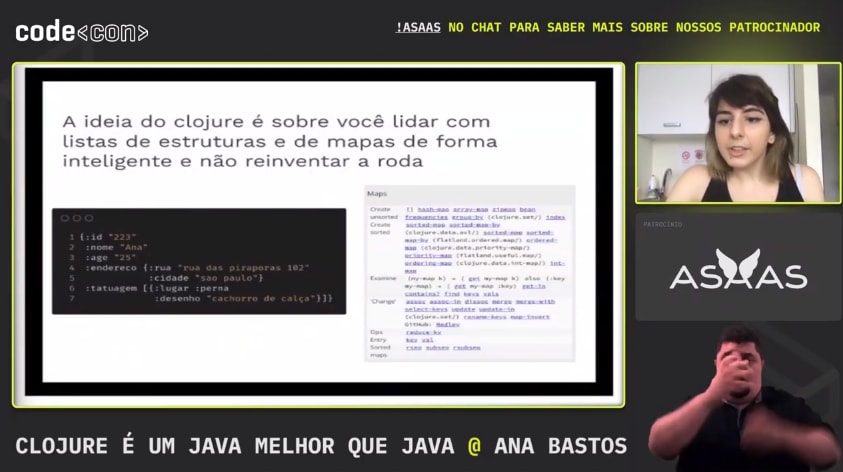 With details and examples, Ana presented Clojure as a programming language that runs on the Java Virtual Machine and being a Lisp derivative. She also pin-pointed its advantages, such as being an easy to learn language with simple syntax, have less code written to do the same as other languages would and all the good stuff that comes with a functional programming language. 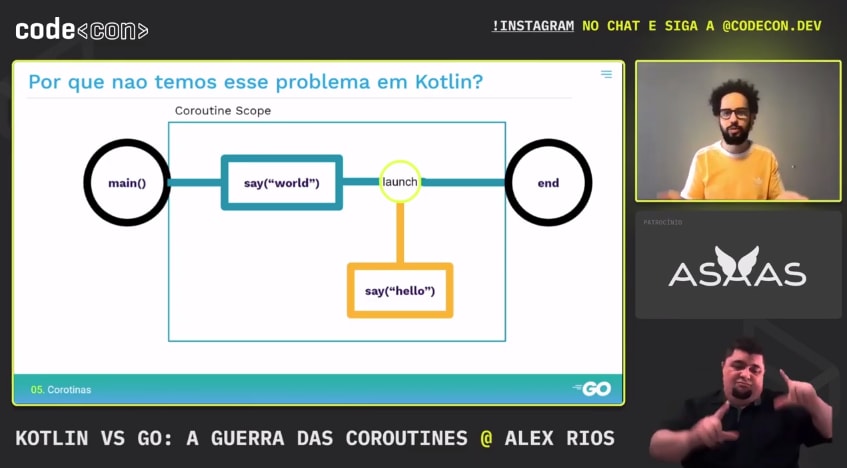 Alex made clear the difference between Threads and Coroutines and how Go and Kotlin implemented them in their languages. He also showed examples and talked about how useful is to apply the Structured Concurrency when using these features.

🔋 Internet of Things? IOT? What is it? 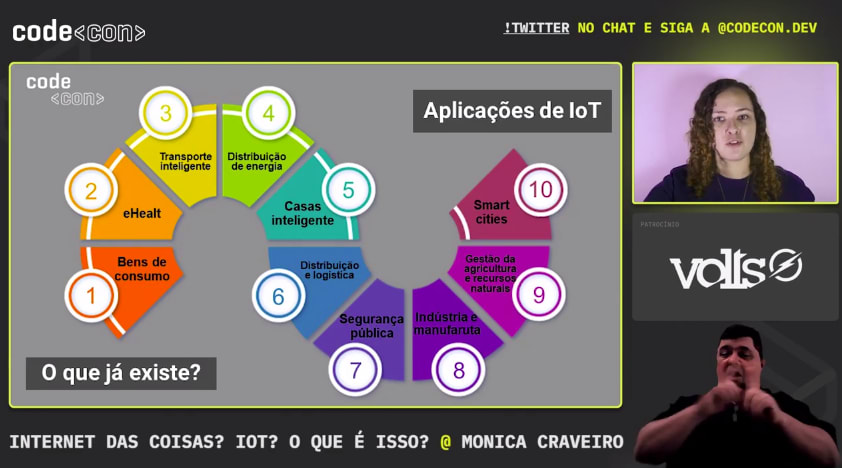 In a very didactic way, Monica explained what is IoT and its applications. She also brought subjects related to its architecture, such as sensors, dev kits, devices, legal aspects, connectivity, cloud and platforms. 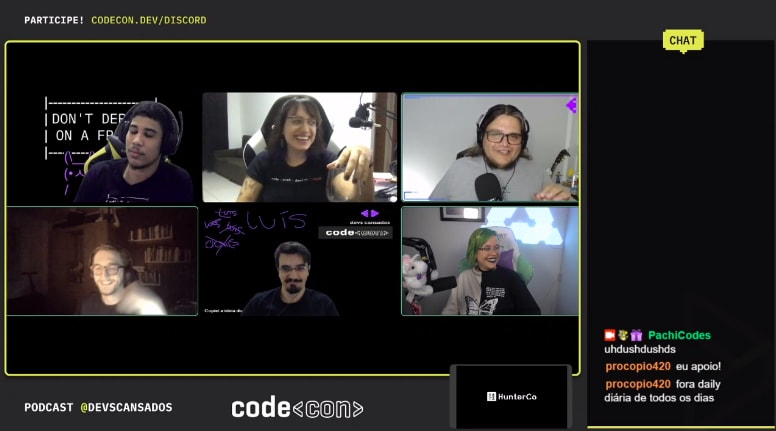 We also had a podcast live recording where "tired devs" talked about the programming industry and the devs everyday life.

CodeCon21 also had several workshops for affordable prices and with a "buy one and gift or donate another" system.

And the most interactive feature we had was the gamification system distributed into several activies:

CodeCon is certainly the most dynamic and interactive web event I've ever witnessed and I've had a blast helping to organize it. The gamification bot I've coded myself worked better than I thought and this year I want to make it opensource so more communities can make use of.

I want to thanks all the people that have contributed with talks and workshop, PachiCodes for being our host and everyone who participated in the event.

A big thanks for the people who made this event happen: Gabriel Nunes, Galeno de Melo, Eduarda Cristina, Kaio Felipe and Alan Fachini.

We're probably going to have a second edition for this year, so stay tuned! 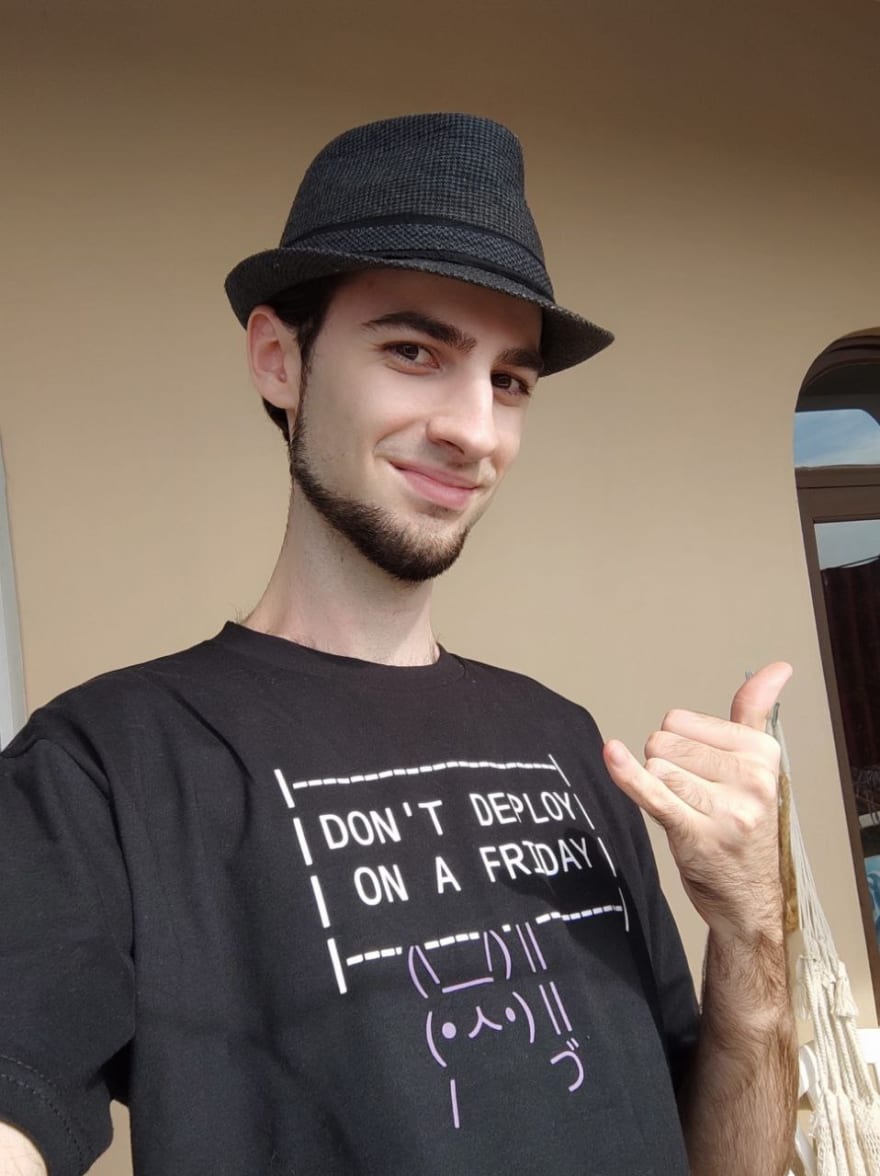 Mark Kop
A fullstack developer inspired by learning and sharing. (him/he)
Sh*ft Festival 2021
#techtalks #eventsinyourcity #culture
How to migrate a user/organization GitHub Page made in ReactJS to NextJS
#react #nextjs #github #webdev
How to set up a custom domain on Github Pages
#github #webdev