This is the fifth article in the series, Udacity: SUSE Cloud Native Foundations. In this third installment, you'll get to learn what containers are, specifically Docker. Discussed as well is Kubernetes which is used for orchestrating containers.

This section is actually part of a single lesson, Container Orchestration using Kubernetes, but since it'll be too long, I've decided to put Kubernetes on the next article.

Once the application has been developed, the next step would now be to package it, containerize and lastly, deploy it. Here we'll be packaging the application using a Docker container and we'll deploy it using Kubernetes cluster to manage containers at scale.

From VMs to Containers

The traditional way of deploying applications was through virtual machines or VMs. The application would use the OS file system, the OS's resources and default packages installed.

Virtual machines have been extremely efficient in maximizing the use of infrastructure. Instead of running one application on one physical machine, we could run multiple VMs on top of the hypervisor which sits on the physical machine. 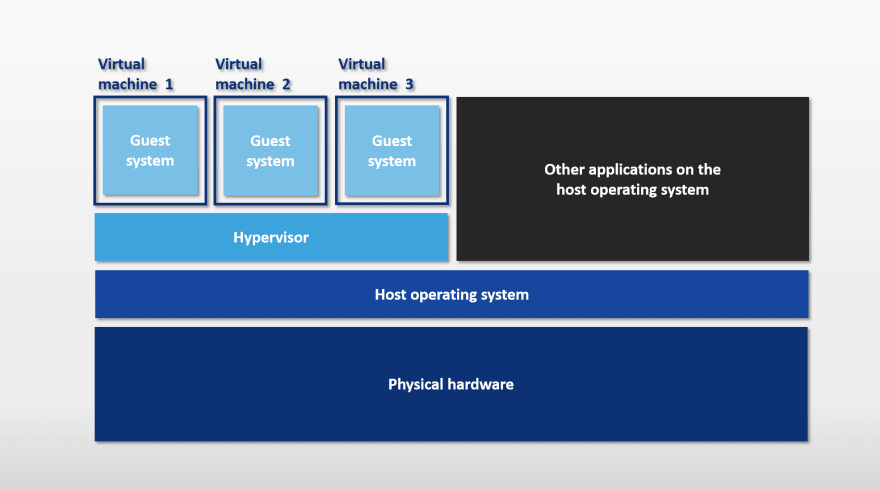 While it has proved to be useful, it still has its own disadvantages. Each virtual machine would require its own operating system. If you have three VMs sitting on the hypervisor, this would mean there's also three operating system running on top of the hypervisor. The OS plus the required libraries of each VM takes up a chunk of space on the underlying machine. 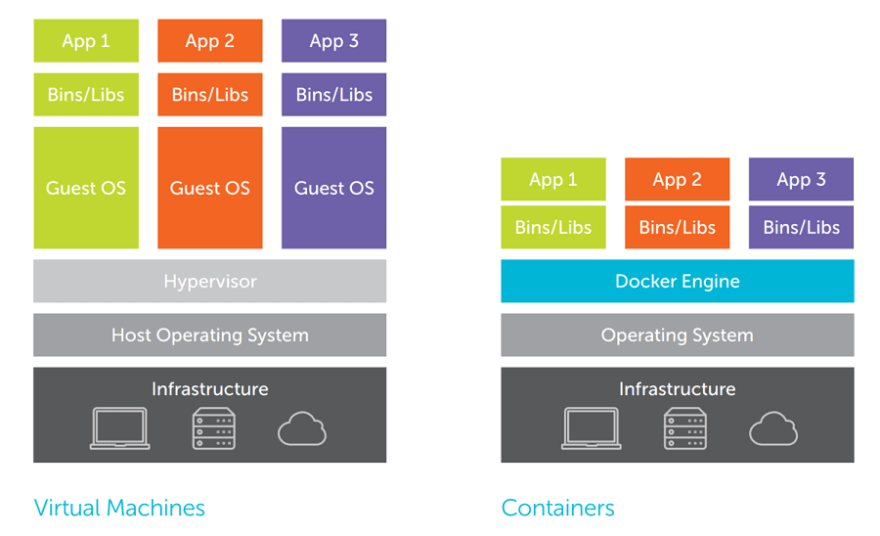 Enter containers. To further optimize the usage of the server, container can be used to virtualized the operating system. Through containers, we won't need to run replicated OS. Regardless of how many containers we run on the machine, they will all use the same underlying operating system of the physical machine itself.

To facilitate the creation and management of the containers, we can use a container engine tool, such as Docker. Overall, containers are:

Once you have implemented the software, the next phase would be to release it. The steps would primarily be:

There are three docker objects which you need to know here:
the dockerfile, docker image, and docker registry.

The full list of instructions can be found in the official Docker website. Here are some of the widely used instructions:

For the exercises, you can check out the next article in this series

Below is an example of a Dockerfile that targets to package a Python hello-world application:

After you've created the dockerfile, you can now create the docker image.

A Docker image can be built from an existing Dockerfile using the docker build command. Below is the syntax for this command:

To find all valid options for the build command:

For example, to build the image of a Python "Hello-world " application from the Dockerfile in the current directory, the following command can be used:

Additionally, you can build the same app that's located on a different directory, say a lesson1/python-app directory

To test the image locally, run a container using the docker image,

To find all valid options for this command

For example, to run the a sample Python hello-world application, using the created image, the following command can be used:

To retrieve the Docker container logs, we can use the command below, where 95173091eb5e is the container ID.

Once you've package the application, tested it locally, and proved that it's meeting the expected behavior, You are now ready to store and distribute it.

To do this, you can push the image to a public Docker image registry, such as

You can also store the image to a private registries and make it available to authorized parties.

Before pushing an image to a Docker registry, it is highly recommended to tag it first. Without the tagging, the image would be allocated with a random ID during the build stage.

Tagging also provides version control as a new tage would indicate a new release. To tag an existing image on the local machine,

To login into DockerHub

Once the image is tagged, the final step is to push the image to a registry.

For example, to push the sample Python hello-world application tagged with v1 to 'my-repo' repository in DockerHub

To pull an image from DockerHub,

Other references you can read

Explore how to build and run a Docker image, with a list of all available options:

Of course, learning a new technology won't be complete without getting your hands dirty. Head down to the next article to try building an image and pushing it to your own Dockerhub account!😃

If you enjoy this write-up and would like to learn more, make sure to hit the Follow just below and bookmark the series. I'll also be glad to connect with you on Twitter.

Subtrees and Submodules - 14 days of Git