Some of you have surely heard of the recent case of the Google's software engineer's manifesto against the search giant's practices towards inclusion in its work force. James Damore - that's his name - has argued that Google initiatives to improve the diversity of its employees is against the natural ("biological") distribution of talent among genders and ethnic groups, and are detrimental to the creation of the best possible teams in software development.

The memo went viral among Google's employees, and then publicly, causing a serious firestorm on social media.

I must make clear that this lengthy post isn't a reply to James Damore - I don't know him and I have no interest in knowing him - but rather an invitation to every fellow developer to avoid the fallacies that are so evident in Damore's memo.

He then found himself in the difficult position of living in San Francisco without a salary, so he took advantage of his sudden moment of notoriety to further defend his position, de facto becoming a martyr of conservatives and "alt-right" supporters.

The things you do for a living. (Apparently it's been effective, as he's received some job proposals.)

Among his newly found political activity, he created a new Twitter account by the handle @Fired4Truth (sorry, won't link), which more or less gives the measure of how full of himself he is. It really must be a joy to work with him.

Some of his recent tweets convinced me that I needed to put down some thoughts among all the brouhaha: 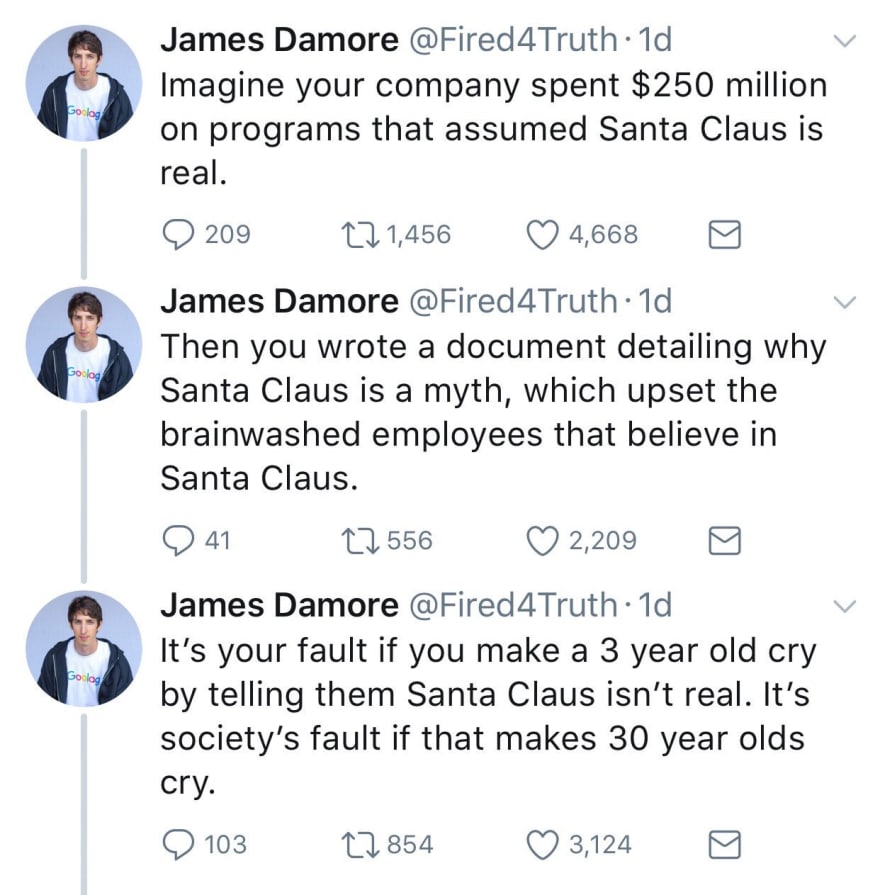 Some replied that he compared successful women to imaginary folks like Santa Claus - he didn't. To be fair, he's never excluded the possibility of exceptionally talented women, but that's not the point here.

The real point is that he still firmly thinks that all the efforts to improve diversity are towards the delusion that a equally distributed human variety is possible. In fact, that's certainly not the intended goal.

In the manifesto, one of the most controversial points speaks of "hiring practices which can effectively lower the bar for “diversity candidates by decreasing the false negative rate". This makes evident that Damore imagines the world like this: 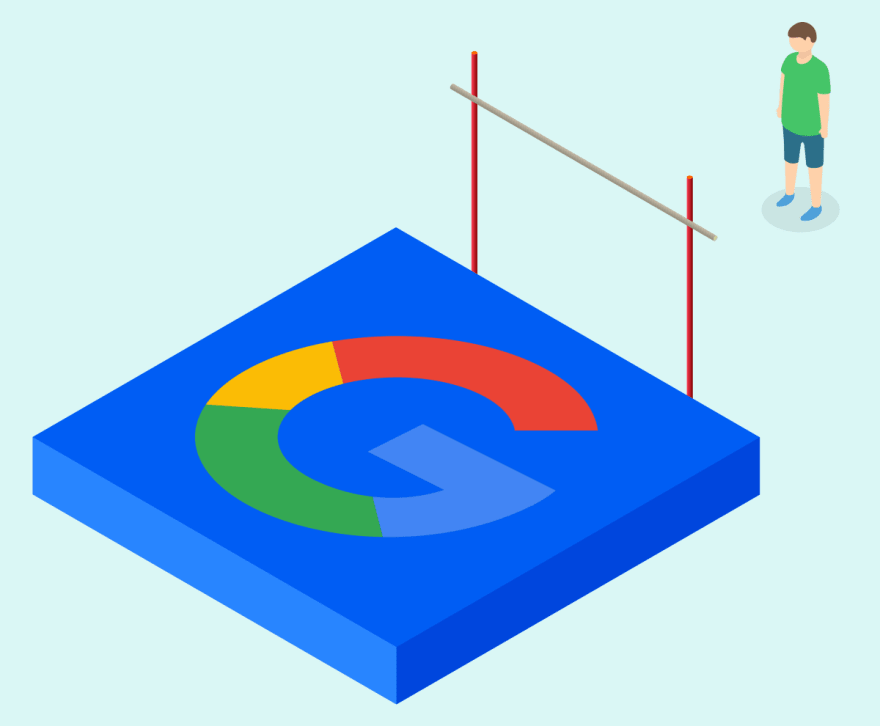 It's simple: there's a clear challenge, you try hard, you either pass or fail it. Plain old meritocracy, the modern way to human evolution. It's fair, it's honest, it's reassuring for all the society.

But reality is different. It's unfair, it's deceptive, it's scary. It often precludes the chance of even getting to the challenge. Or in the case if you can take it, you never had the tools and the education to face it. And even in that case, you could feel the social pressure of others telling you that you just should forget it, it's not for you anyway.

In short, a real-world challenge is more like this: 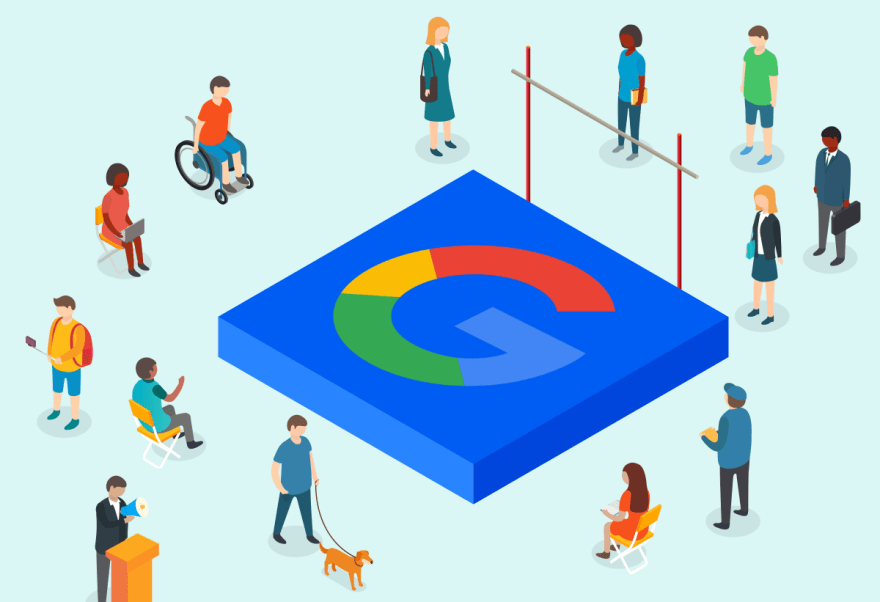 Many will amass in front of the bar as usual, give their best shot and deal with the response. Others won't try as hard, and some will get it completely wrong. But some might want to try, but their context doesn't allow them to. Because the challenge is tailored on a certain type of education and culture.

And that's how (most) of the industry goes. Candidates get rejected every day, but here's the catch: nobody can be certain that, in every case, it's been the right decision to take.

The reason is simple: the literature about scrutinizing a candidate does not define an exact science. There's statistic data, there are conjectures, hypothesis, but human sciences don't give you theorems and their proofs, don't give you precise, reliable formulae or well-defined methodologies to apply them. Observations and experiments are therefore limited, hard to deprive of all the possible biases and isolate in context.

And if there's an industry that can prove that, it's IT. A plethora of college dropouts - people who could hardly get the chance to be interviewed, let alone hired - have been tremendously successful in IT. I'm talking about people like Bill Gates, Steve Jobs, Mark Zuckerberg, Larry Ellison, Michael Dell and so on.

Even when talking about developers, there's a whole lot who's been rejected for various reasons. You can find "big" names too.

In the end, companies like Google, even when adopting the best hiring practices, feel like they could be missing out some precious minds. The goal, here, isn't about lowering the bar: it's about creating a better bar. 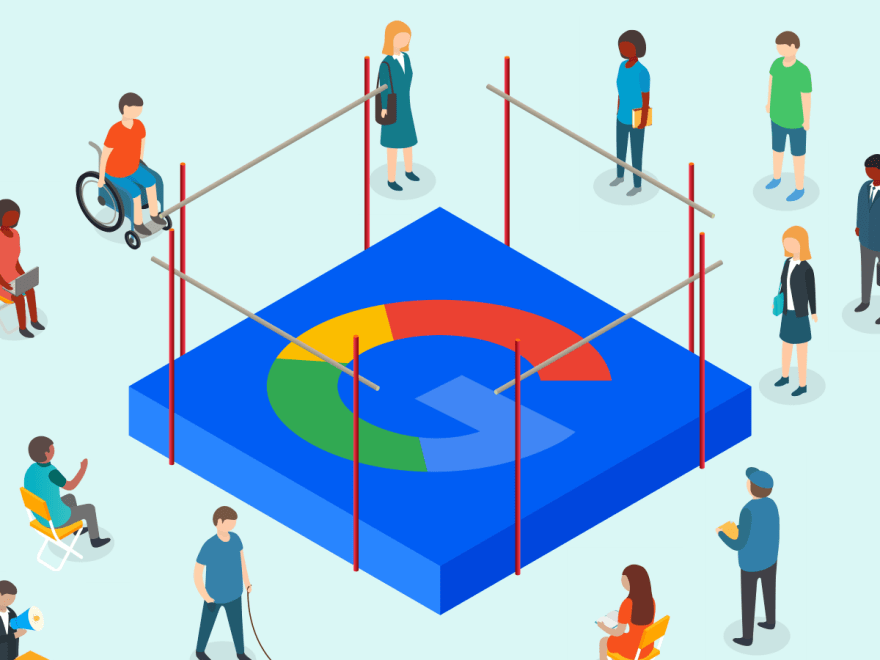 Now, it's certainly true that there's less supply of candidates from certain crowds - women, but also some ethnic groups. And while there could be biological reasons for that, then again we're not talking about an exact science. So it's perfectly reasonable to explore the boundaries between what could be a natural balance, and the (possibly hugely influential) cultural context those individuals have grown in.

That's what those initiatives aim at. It's not Google's duty to provide a better educational environment and fairer opportunities for all the people (and it could in part even be not in its best interests - more on that later), but it's trying what it's in its power. Damore, a member of the privileged society that put him in the best educational system - a perfect fit for a brilliant mind - doesn't seem to grasp this.

Being privileged is not a sin. Blinding yourself in your privilege is.

But why is diversity important?

A question could still roam among those who still feel "betrayed" by all those "diversity programs", who don't think it's fair that other "have it easier": why does it matter? There are already a myriad of good candidates, more than Google could use, so why couldn't Mountain View make at least one thing - its hiring process - fair and clear, a guiding light in an unfair and murky society?

There's another aspect to consider, indeed.

The usual drill of whiteboard interviews to board on IT companies is the unmistakable child of the company's own culture and identity. Candidates pass the test if they already fit said culture adequately. In this sense, it's the culture that replicates itself.

If that sounds especially dangerous to you, it's because it is. In an insanely fast evolving industry and society, not shifting your fundamental stances to adapt and to embrace new points of view is a deadly mistake. We see that literally every day in IT: companies that once were giants falling off the cliff, suffering long agonies, laying off employees and eventually disappearing.

Commodore. Atari. Blackberry. Nokia. Yahoo. Even giants like Apple and IBM risked a lot in the past, and survived thanks to desperate moves. The former by recalling the visionary talent of Steve Jobs; the latter by giving the wheel to a man who was leading a manufacturing industry of... biscuits, and other baked products.

So, a more diversified hiring process could potentially prevent all that. Cultural diversity is what could do the trick, offering new points of view on emerging markets, attracting users and customers from neglected segments. It's probably not a guarantee to survive - nothing can beat a bad leadership anyway - but it could help. With minimal risks and costs, at least for a company like Google.

Was the manifesto so bad?

Reading Damore's manifesto didn't shock me. To be honest, I myself am part of the privileged community I was talking about earlier, but that's not the reason. The reason is that I indeed have witnessed colleagues far and near holding positions similar to Damore's.

If Damore's points resonate among developers, what's so bad in expressing them? Was his firing justified after all? Or Google's move was just to avoid public backlash in case of inaction? In short, plain old censorship?

Let's begin by saying the manifesto's argumentation is... pretty poor. If you want to prove a point - to present what you consider the truth - your best bet is to take a scientific approach to the matter. Otherwise it's just your opinion, and while some might fall for that, others just won't buy it.

The memo doesn't follow the scientific line. Instead, it focuses on political biases, which are pretty much irrelevant since they're based on purely arbitrary assumptions, and how they led the leaders to... basically, not agreeing with him.

But that, of course, is just an interpretation. The scientific approach to an apparently unexplicable problem isn't giving an explanation that's easy for you: it's about asking "Why is that?", then collect the data and then giving an interpretation.

Damore briefly mentions that he's asked for explanations, but he hasn't received any. He doesn't report what he's inquired exactly, and how, and to whom. In case of difficulties in retrieving the data, you should stop elaborating a theory, and report the problem instead. You don't go as far as suggesting remedies and different approaches, because you don't have a road to walk on. Just a fragile, unstable rope connecting a couple of cherry-picked human science papers and your own subjective observations.

He could be correct in stating that even asking for explanations is frowned upon from higher levels, and that certainly could be a problem that Google should look into. After all, Sundar Pichai addressed that concern too, showing the impartial approach that's expected from a leader.

While allowing people to express dissent is fundamental, Damore did way more than that. Imagine if the manifesto became mainstream in your company. Imagine that you're a woman that just boarded on. How would you feel about it?

Your colleagues would think that you've been hired because it's been easier for you. Or, in case of no "diversity programs" underway in the hiring process, they would think that you took "shortcuts" of some kind because you're biologically less talented as a developer.

Yes, that's the message that would pass, don't hope otherwise. Because, as humans, we're suckers for oversimplifying things.

This is what makes a hostile workspace, and it's many levels of wrong. That is against any decent Code of Conduct. That is fair ground for a termination, and that's what James Damore deserved.

Because free speech doesn't mean being free of consequences. And since there's always a relevant xkcd strip for everything, here's one: 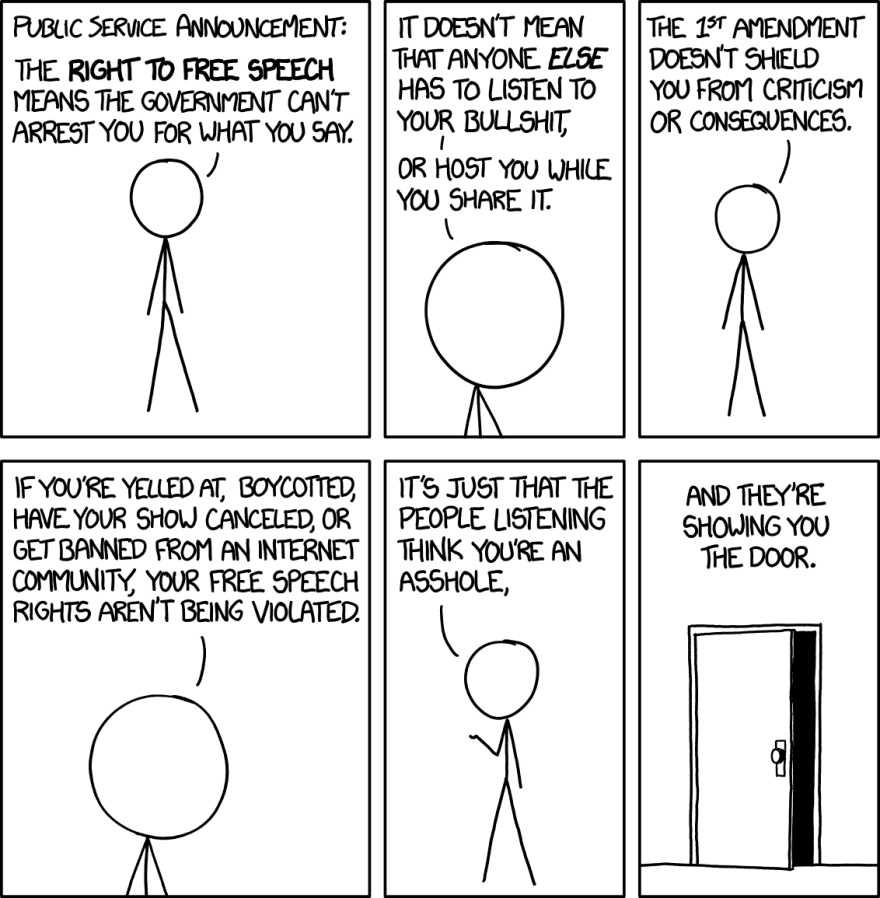 How You Can Create a Custom Endpoint in a Node.js Ecommerce Platform