Scope determines the accessibility or visibility of a variables in your piece of code.

There are 3️⃣ types of Scopes in JavaScript👇

✅Variables that are declared outside any function have Global Scope.
✅So, they are accessible from anywhere inside the code. 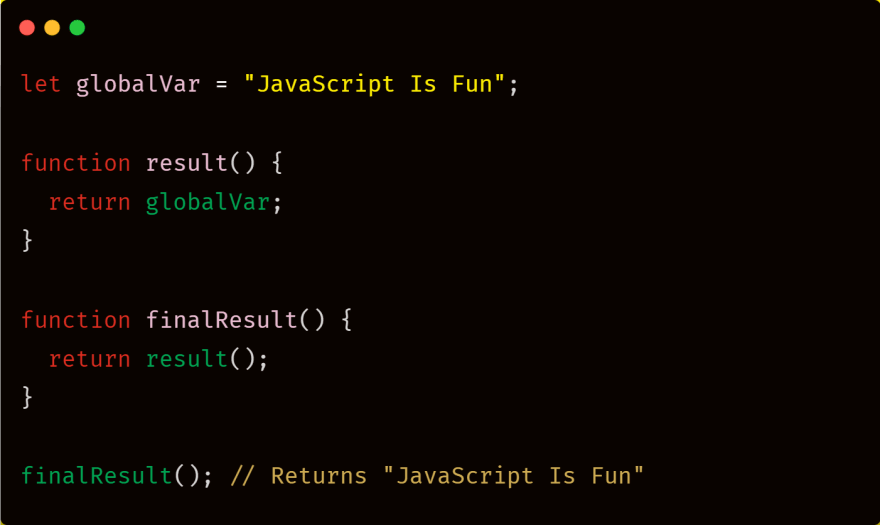 ✅Whenever you see {curly brackets}, it is a block.
✅Block Scope is related to the variables declared using let and const, which means those variables exist only within the corresponding block.
✅Accessible inside that block and cannot be accessed outside of it.
✅A block scope is present in codes within if, switch conditions or for and while loops. 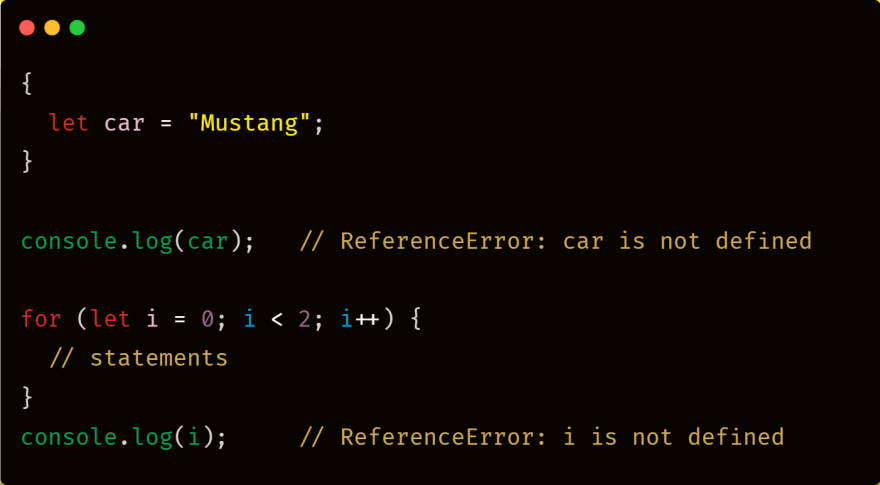 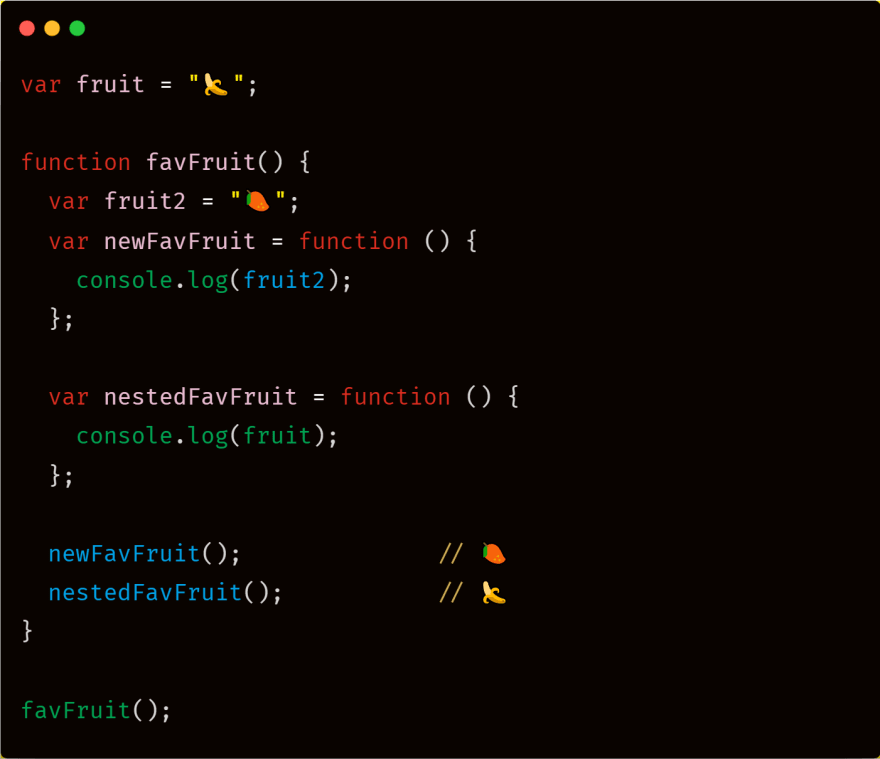 ✔In the above example, the 1st console is for fruit2 i.e., 🥭.
It Does not find 🥭 inside newFavFruit, so it looks for variable inside favFruit, returns 🥭.