It's been a while since I've had the opportunity to write an article here (Slightly less free time for open-source at the moment).

Today I released the version 0.8.0 of Node-secure (not a pre-release this time).

Let's dive directly into what's new since the last article;

A lot of improvement has been made on the static analysis. The number of "encoded-literals" warnings has been reduced by 50%!

The analysis is also capable to detect Morse code 😆 (not a joke). 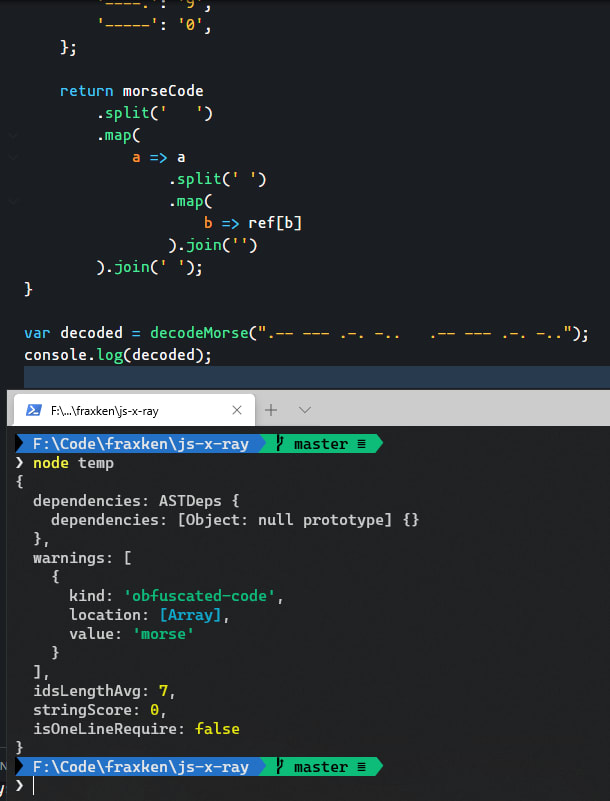 Verify command on a local project

It is now possible to run the verify command on a local project. You just have to omit the package name (as for the auto command).

The search bar now allows you to filter packages by their size. Example with express: 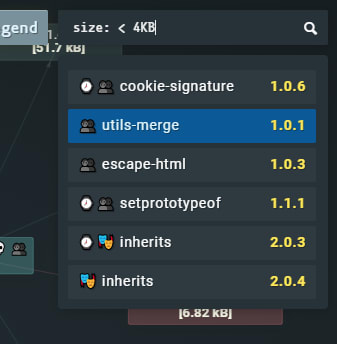 Under the hood it use a package i created: size-satisfies

This new version add an "inspect" column to the warnings popup. If you make a click it will load and display the code in a little block.

Thanks to tony for his work on the feature. It took us several weeks to get a result we were happy with.

The UI build with esbuild instead of webpack. Now the build is done in about 200ms and we have removed all dependencies related to webpack.

We added the flag hasNativeCode 🐲 if the package contains anything related to a native addon:

A new "beta" command we added to show a summary for a given Nsecure JSON payload (as we do in the interface). 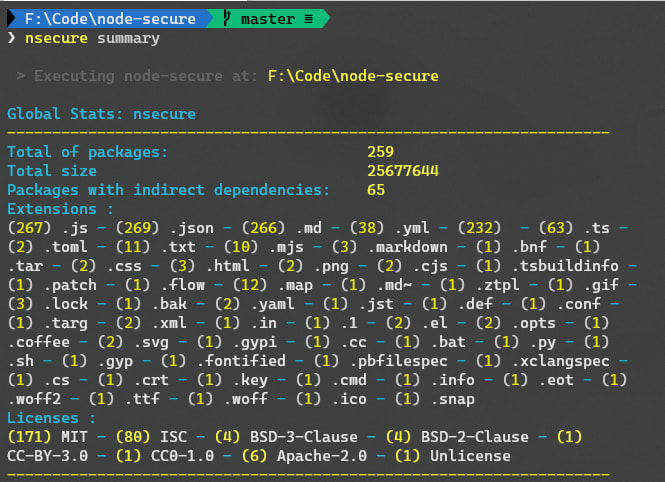 Thanks again to tony who worked on the feature. ⚠️ There are still missing elements that will certainly be added in the next version.

The github issue is available here.

Thanks to Tony, Targos, Mickeal and kecsou for all the contributions.

If you think you have ideas don't hesitate to come talk and contribute.

A version that took a long time to be published but in the end I am still satisfied with the progress made.

Once suspended, nodesecure will not be able to comment or publish posts until their suspension is removed.

Once unsuspended, nodesecure will be able to comment and publish posts again.

Once unpublished, all posts by nodesecure will become hidden and only accessible to themselves.

If nodesecure is not suspended, they can still re-publish their posts from their dashboard.

Once unpublished, this post will become invisible to the public and only accessible to Thomas.G.

Thanks for keeping DEV Community 👩‍💻👨‍💻 safe. Here is what you can do to flag nodesecure:

Unflagging nodesecure will restore default visibility to their posts.