It’s the data that we’re after. The data!” -Tom

So goes the epigraph of my newest book Real Tough Software.

See, Tom was my old boss. He owned a data company and made most of his fortune on proprietary software. Despite not knowing much about the web, he understood that the money had shifted: peoples' entire lives and livelihoods were now online. So although I was a code newbie assuming the role of a senior developer at Tom’s company, he had trusted that I’d be able to mesh his legacy with the wild, the new, and the open-source.

It’s about somebody who refused to take no for answer.

It’s about having faith that things will get better.

It’s about making a life change and finally seeing a win. Sometimes all it takes is just that one win to change everything.

I wrote Real Tough Software as a testimony.

For some people, software development is simply a career choice; it’s a 9-to-5 thing that pays the bills. For me, it sorta saved my life.

This is my 4th book, and it’s my most personal, insightful, and engaging one yet.

Out today (Jan. 26), it was a #1 new release on the Amazon charts before it was even published: 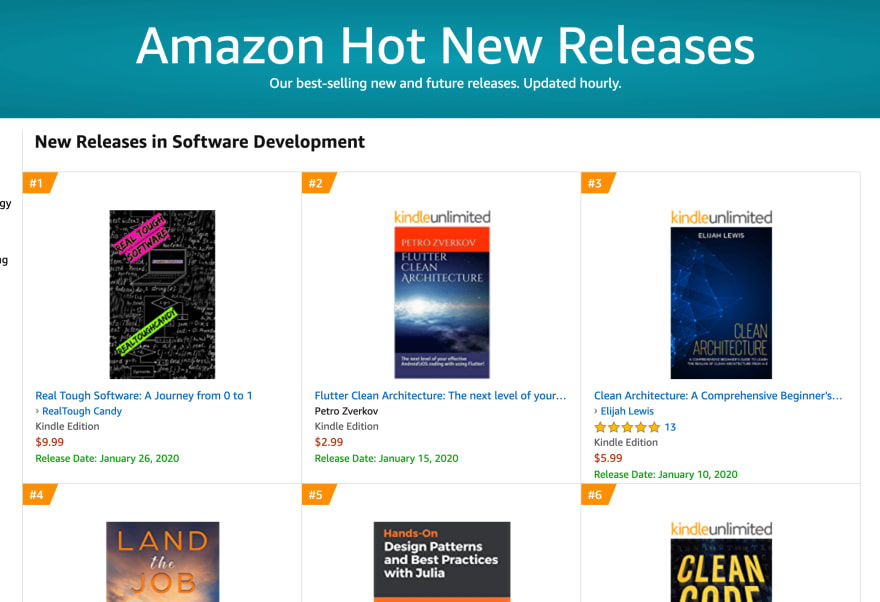 This book is for people who are on the fence about entering software as a career. Whether it’s the web, desktop, IoT, the cloud, even game development – this book is for you. I felt a tug towards programming since I was a teen, but was convinced for years it wasn’t for me.

It wasn’t a good culture fit.

How wrong I was about all of that.

Check out Real Tough Software by RealToughCandy on Amazon. Available on Kindle (and Kindle Unlimited) and paperback: https://amzn.to/2sFxFHu

Once unpublished, this post will become invisible to the public and only accessible to RealToughCandy.