If you had a semi nomadic phase you know how your parents' house is the perfect long term storage place. So, most of my programming books are there. You should see how "happy" they are to have had them lying around for years.

Some are missing (kindle for the fireplace?) but I piled up those I found today and decided to turn them into a post.

But first, the photos: 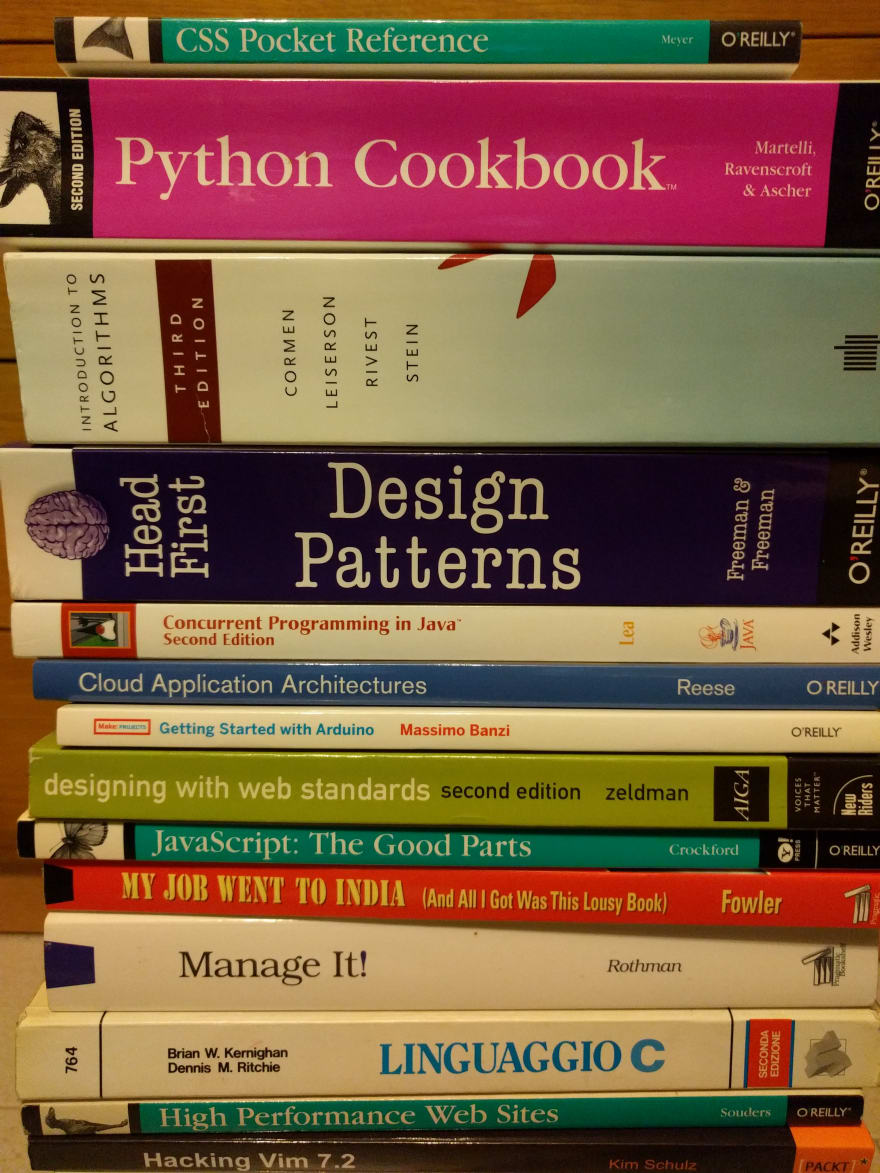 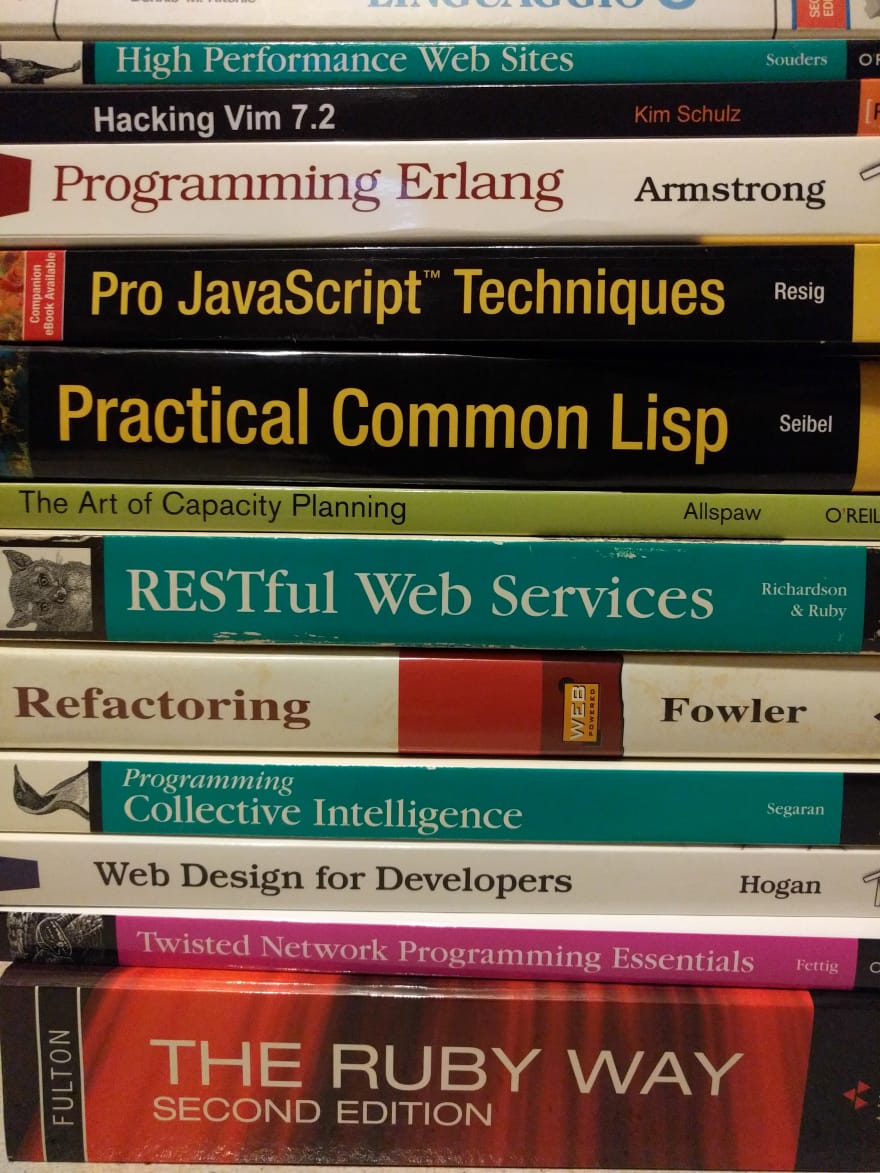 Let's talk about some of the books. 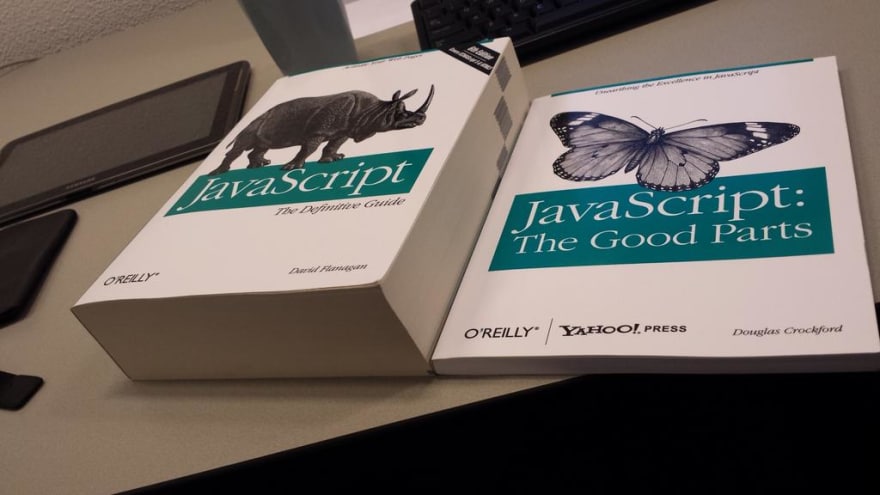 There's something to be said about how weird JS used to be :-D

What is the best way to develop a offline first application in React Native?

rhymes
Such software as dreams are made on. I mostly rant about performance, unnecessary complexity, privacy and data collection.
Have you ever seen anyone "fake" their way into a software development position?
#discuss #career #watercooler
16 Libraries You Should Know as a React Developer 💯🔥
#webdev #coding #react #productivity
Designing a secure API
#beginners #api #design #security

Once unpublished, this post will become invisible to the public and only accessible to rhymes.

Thanks for keeping DEV Community 👩‍💻👨‍💻 safe. Here is what you can do to flag rhymes:

Unflagging rhymes will restore default visibility to their posts.