In this post we'll look at a git workflow called Git-flow, and discuss why you should use it over the standard git commands.

git-flow has become quite popular in recent years, as it provides handful of extra commands.
It automates some tasks for you that you'll need to do manually if you are using standard git commands.

git-flow is by no means a replacement for Git. It's just a set of scripts that combine standard Git commands in a clever way.

git-flow AVH edition is packaged with Ubuntu. You can install the last version of git-flow AVH Edition using the following command.

Using Git-flow In Your Project

It's totally up to you to use special git-flow commands and normal Git commands in this repository side by side.

Although the setup assistant allows you to enter any names you like, I strongly suggest you stick with the default naming scheme and simply confirm each step by pressing Enter. 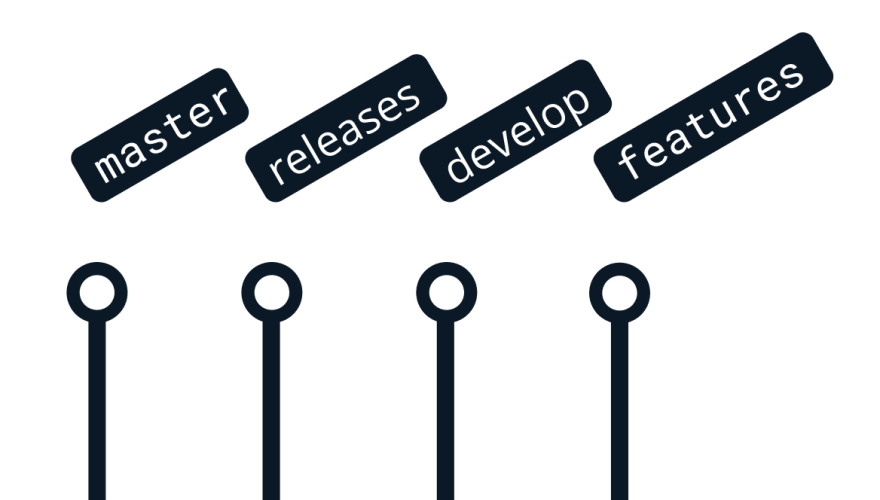 The git-flow workflow model needs you to have two branches in your repository.

These two branches remain in your project during its whole lifetime. Other branches, e.g. for features or releases, are created on demand and are deleted after they've fulfilled their purpose. 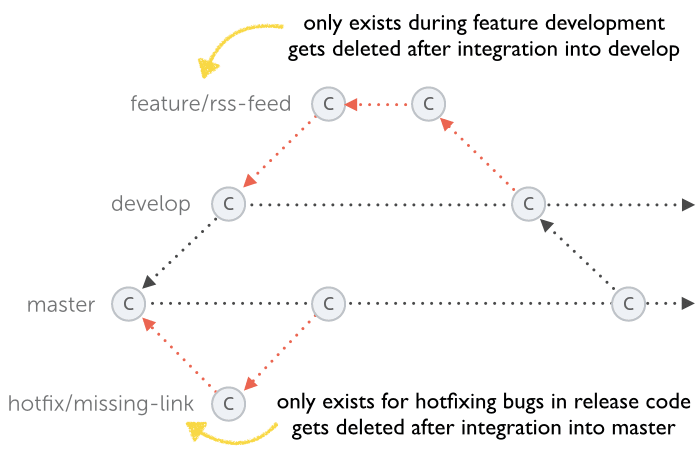 Let's say you are going to add a payment gateway to your project. So that is a new feature.

This action creates a new feature branch based on 'develop' and switches to it.

After all your hard work is done and committed, its time to finish the feature.

After this action Git-flow deletes the (now obsolete) feature branch and checks out to the "develop" branch.

When "develop" branch is ready for a new release, then start a release using the git flow release command. It creates a release branch created from the 'develop' branch.

When its time to finish our release use the following command

This action performs the following tasks at once:

These are for the mischievous bugs that might appear even after thorough testing in a release.

hotfix is quite similar to release branch. Just like with a release, however, we bump up our project's version number and - of course - fix that bug!

The procedure is very similar to finishing a release:

So now's the time to build / deploy your product.

As a bonus here's a great illustration for you to remember the Git-flow commands easily. 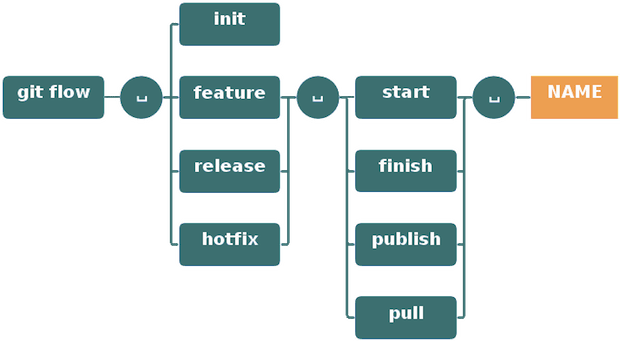 I found it on Daniel Kummer's git-flow cheatsheet repo. Check it out in his repo and also follow me on Github & Dev.to if you like my writings.

Thanks for reading my blog. Hope it helps you and your team to be more productive.

Let me know if you are already using Git-flow or planning to use it?

Once suspended, soumyadey will not be able to comment or publish posts until their suspension is removed.

Once unsuspended, soumyadey will be able to comment and publish posts again.

Once unpublished, all posts by soumyadey will become hidden and only accessible to themselves.

If soumyadey is not suspended, they can still re-publish their posts from their dashboard.

Once unpublished, this post will become invisible to the public and only accessible to Soumya Dey.

Thanks for keeping DEV Community 👩‍💻👨‍💻 safe. Here is what you can do to flag soumyadey:

Unflagging soumyadey will restore default visibility to their posts.