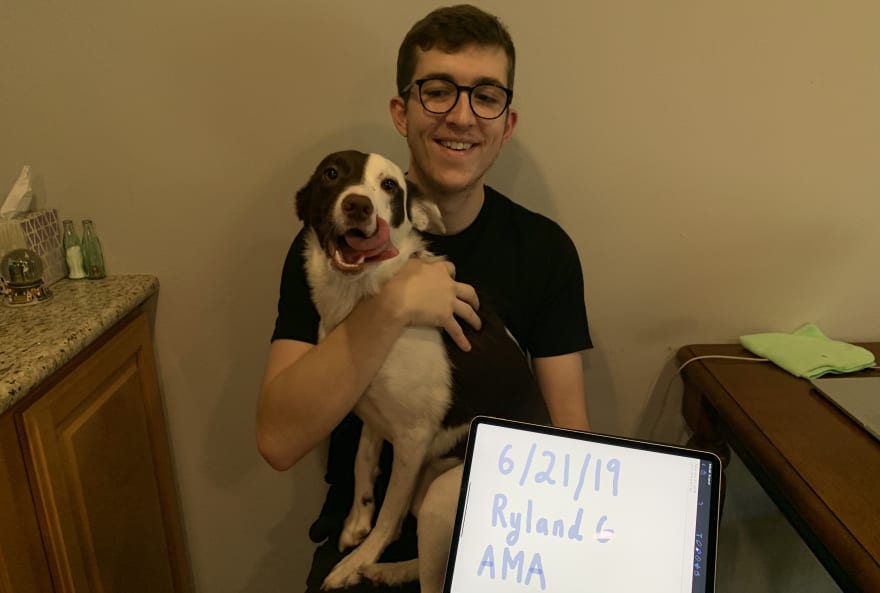 I taught myself C/x86 when I was 15-16, so I could build cheats for WoW. I realized with those skills I could also build games, and at age 17 finished my first C game engine. This made me realize that I like game engines even more than games.

I started my bachelors in high school, so at 18 I started University of Washington as a Junior in CS/CE. I had been spending ~10 hours a day coding for 2-3 years, which made school pretty easy. In my senior year, two of my professors sponsored my engine as research, allowing me to explore more advanced, academic topics.. Here's a video I made about my engine for the "research board" (big wigs who evaluate academic research).

UW was awful. Due to incredible negligence, I had not ONE but TWO of my teachers removed, mid-quarter. Although I was only one Spanish credit short of my degree, I decided not to finish.

One of my research profs wanted me at Google (he was a Googler), the other wanted me to join his Israeli startup. I considered going to Google, but the CEO of the startup was already a billionaire. One of my classmates, Robert, had also been recruited. We knew the startup was building a scale-out compute product, but it was stealth, so we had limited details.

After joining, I was welcomed on as a machine-learning engineer. Machine learning? Never heard of it. My professor was a bit of a schemer, and had told everyone we were ML experts. Never adverse to a challenge, I started learning about statistical analysis and machine learning as fast as I could. As I developed my ML skills, the situation with my professor... degraded. This resulted in him leaving ~4 months after hiring us. We had a classical ML team of 6 working on the UW campus, and now we had no boss. I convinced Robert to pitch ourselves as the replacement (him ops and me tech mngmt). The higher ups were crazy enough to agree, and Rob and I took over the Seattle office only a few months after joining.

Over the next 6 months I became quite knowledgable about ML. This resulted in me being asked to lead 2 more teams, one deep learning (neural nets) team and the other building a "compiler" (actually more like Volcano or Cascade DB optimizers). Over the next year, my team and I architected and implemented many high perf scale-out ML algorithms. Eventually, internal politics became problematic. The most senior developer lead architect left.

I had become personal friends with the senior dev and lead architect, so after leaving they stayed in touch. A few months later, they reached out. They were starting something new, had no funding (so clearly couldn't offer me a job). They said, if I ever wanted to work with them it was always an option.

It was only two weeks later when I decided to quit, picked up the phone and asked when I could start. I knew they couldn't pay me, but I decided it was the right move. Unfortunately, they were based in Israel, and until we were funded there was no way for them to work in the states. We agreed that I would live in Israel, for the initial months of bootstrapping. My girlfriend and my parents were very supportive, so at the beginning of 2017 I moved to Israel for ~3 months. I had previously visited 3 times (the first company), so it wasn't completely new, but it was a very very very rough 3 months for me. Not seeing your loved ones sucks.

Halfway through my stay, we secured funding, ~8 million dollars from some top VC's. We started building a company. During this time, I served as lead architect building the core backend of our FaaS (function as a service).

We hired an incredible team (the smartest people you could hope to work with). As we gained customers, I switched roles and became Head of Solutions Architecture. This is just a fancy way of saying I handle the customers. Most of my time was spent helping customers re-architect their existing cloud (or on-prem) apps to work with our system. I also had to move from Seattle to the bay (and away from my family).

Fast forward to a few months ago, and we needed to broaden our market. We had built a very impressive system (destroys AWS Lambda in perf, no cold starts), but it just wasn't enough. As we were considering our options, I pushed a new direction for the company. The push was successful, and as of a month ago, the company is pursuing that direction (I wrote a post about that process here). During that period, I realized that I was very fond of product work, so I took leadership of the new product and process. We were also lucky enough to hire Amir Shevat, who until last week (seriously last friday) served as VP Product for Amazon/Twitch.

I know that was long, so now it's your turn. Feel free to ask about ML, games, the cloud, programming, college, building my career or anything else!

I also started a Discord recently, to help people in the areas I'm experienced in, or just talk. Here's a link, https://discord.gg/6NjDcPg

The correct way of asking questions.