The code was working yesterday but today it is not

The code got deleted

If you have been in any of the above situations then this post is for you.

Apart from knowing git add, git commit , and git push , there are a bunch of other important techniques in Git. Knowing these will help a lot in the long run. Here I will be covering some of the things which will enable you to make the best use of Git. 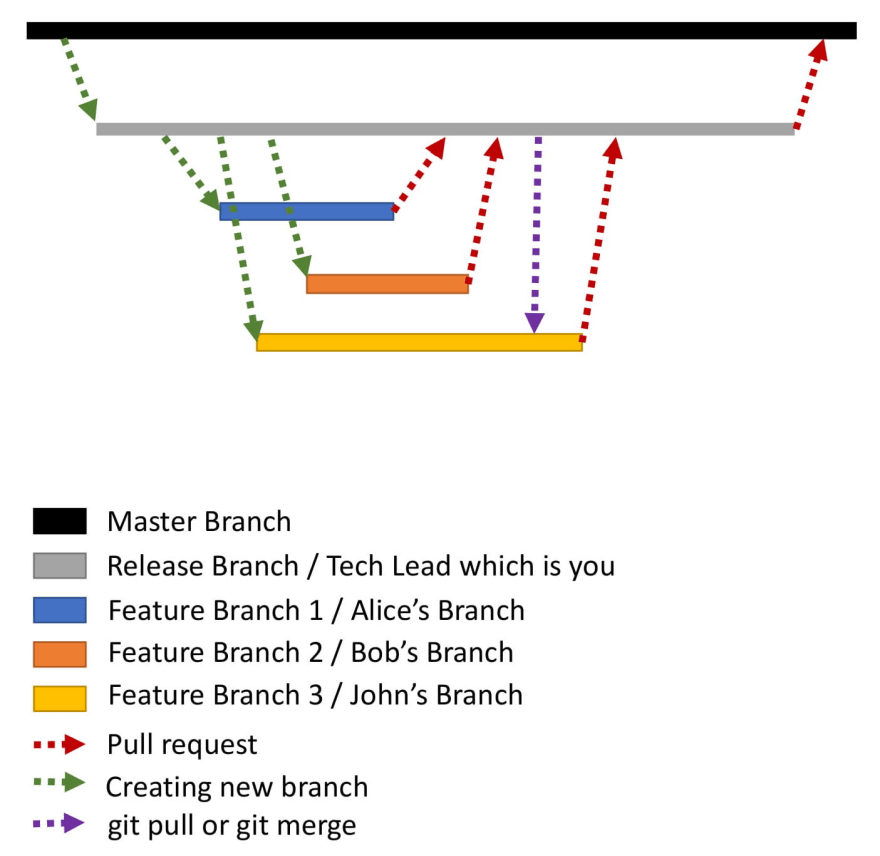 Hopefully this workflow chart I created will help you visualize the process :)

All of a sudden you have become the tech lead for a project in which you are planning to build the next Facebook. The team has three developers:

First and foremost, a pull request is not to be confused with git pull .

Alice can raise the pull request as follows in GitHub — these steps are specifically for GitHub.

Right next to the branch name there is an option called “New pull request”. Clicking on this opens a new screen shown below:

Once this is done, Alice needs to enter a title and description for the pull request, and finally click on “Create Pull Request”. Alice also needs to assign a reviewer for this pull request. She enters your name as the reviewer since you are the tech lead.

The tech lead then reviews the code in the pull request, and merges the code from the feature branch into the release branch

So now you have merged the code from the feature/login branch tothe release/fb branch and Alice is pretty happy that her code has been merged. 😃

So there are two ways to resolve code conflicts:

In Enterprise projects beginner developers can initially start with First Method and eventually move to the second method. Second method is the preferred method

You now know about git workflows. Git has some other concepts like amending commits, and rebasing which are also useful. But Git workflow is pretty important for big projects to be successful.

Once unpublished, this post will become invisible to the public and only accessible to Aditya Sridhar.

Thanks for keeping DEV Community 👩‍💻👨‍💻 safe. Here is what you can do to flag adityasridhar:

Unflagging adityasridhar will restore default visibility to their posts.