In this post, we outline a new project which gives a name to some values we hold tightly at DEV.

First, an examination of the web we live with...

In a galaxy not so far away

The web started as a collection of small and medium-sized websites interconnected by links and discovered by search engines. But as the platform evolved, some of the more leveraged enterprises began to expand their power and consume more and more.

In the galaxy of interconnected entities, everything develops gravity. Gravity is a platform's power as achieved through immense traffic, social and economic value, and competition-defeating moats that strengthen over time. Every website has gravity if traffic and data flows through it and users orbit.

This gravity can be really good for users. Facebook's general mission of connecting the world is noble in theory. In the developer ecosystem, the gravity of StackOverflow and GitHub help software developers get so much done, and organize us through familiar destinations, tools and form-factors.

There is a natural gravity in any galaxy or solar system. But when any spacial body accumulates too much gravity it can become a Black hole.

As trillion dollar web companies become the norm and each of these platforms benefits from sucking in as much data as possible, they begin to swallow their own solar systems, destroying competition and imposing their will on everything that is left in their wake. They consume our data, they consume the open web, they make previously-open standards into their standards.

We don't have any special contempt for any platform in particular, but we have growing concerns about the healthy relationship between platforms and their orbiting users, developers, partners, etc. Google is keeping more and more of its traffic on its own servers instead of passing through to independent sites. We could go on and on with similar examples.

Data black holes are clearly a pattern. Organizations practically have a fiduciary responsibility to assume this role.

DEV wants to continue growing because the bigger we are, the more that we can deliver value to the developer ecosystem. But as we grow, we think it's important to be thoughtful about all of this, hence our ongoing commitment to this kind of thing. 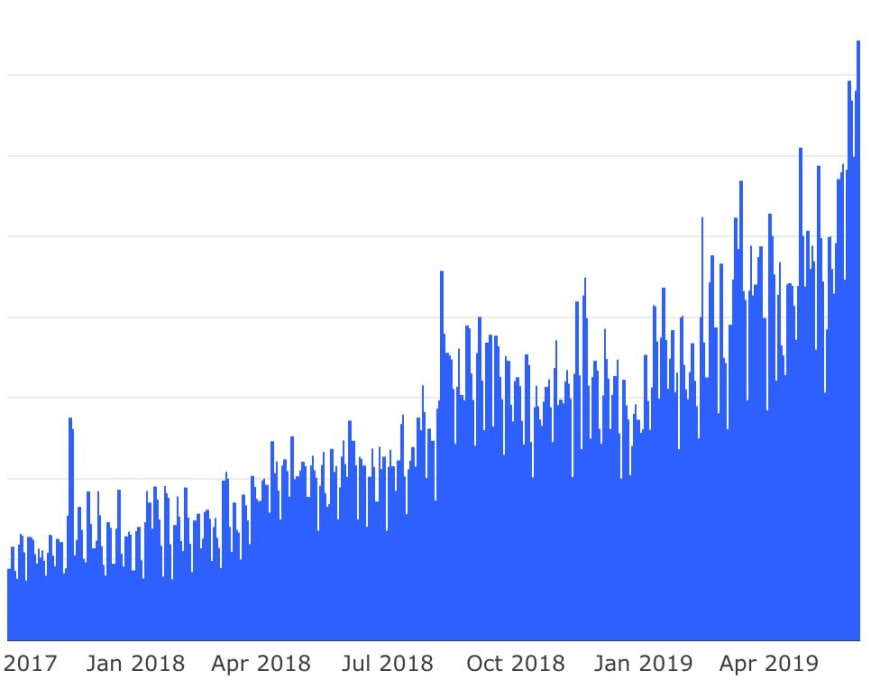 Engagement on dev.to, as measured here by "Reactions" (❤️ etc.), has more than doubled since February.

I'd say that's a pretty good indicator of health of our venture. It's all thanks to a supportive community who's believed in the platform all along. 😊

A galaxy needs to be comprised of some medium and large planets, plenty of moons, and a few healthy stars. We feel a responsibility to play a small part in providing stability across our system, We don't want to grow to be a black hole of data, and we want to help diminish the gravity of any black holes in our space.

One element of that outlook is the ongoing development of the generalizable version of our platform. We hope that if a lot of folks stand up their own communities similar to DEV, it will create a healthy solar system of independent but compatible medium-sized planets that are each powered through their own incentives. The diversified ownership structures will prevent the consolidation of power, a key component that leads to black holes.

We try not to have delusions of grandeur, but we believe in the power of open source and we work every day towards some of these ideas as part of our longterm vision. We've been writing here and there about these ideas since before we even went open source last year.

We are planning to release the generalizable version of our platform at some point this year.

But first, introducing a smaller project

Supporting the growth of full-blown platforms similar to DEV is an exciting future priority. But not every site should aspire to serve such a sweeping mission and broad set of stakeholders.

Thus, a key element in this grand initiative is to support the development of the smaller platforms that can interact with the large and medium sized ones (DEV and others). What this means in practice is that getting data in and out must be simple; determining canonical urls and other logistical aspects of content ownership must be straightforward and understandable; and the process of transportation between different planets (DEV, Medium, future DEV instances, etc.) must be fluid and simple.

Benatar is the name of the ship in Guardians of the Galaxy. We feel like this reflects the energy of this project. That ship is actually named after singer Pat Benatar.

Project Benatar is a mission to create tooling that supports the development of independent platforms and compatible instances. It is an undertaking that will make it easier to stand up an independent site that is compatible with DEV, related instances, and other platforms to the extent that we can create integrations (Medium, Twitter, etc.). It is a project in developing APIs for creating, updating, and deleting data — as well as exporting it in useful and relevant formats. All of this functionality is connected to the ultimate goal of providing more control to the end-user and content creator.

Because this is related to the underlying mechanics of the DEV platform, we will work to help create all the relevant APIs. We’ve already developed some functionality in terms of our publishing API, our data export functionalities, our RSS publication functionality, alongside the rest of the tooling. But this is a long-term project, and we will seek to make our role in this movement as useful and mature as possible.

In essence, we want personal websites to have a more powerful role in the ecosystem, while we all still benefit from the value that community platforms create.

This project will build on principles of POSSE and decentralization, but mostly centers around these ideas can influence our community, ecosystem and projects. As it grows, it could take on broader ideals, but we want to be practical about it. This will be an effort in reducing complexity of these concepts and creating the best possible user experience.

POSSE is an abbreviation for Publish (on your) Own Site, Syndicate Elsewhere, a content publishing model that starts with posting content on your own domain first, then syndicating out copies to 3rd party services with permashortlinks back to the original on your site.

As an indication of the gravity we have already generated, this is actually a project we will not be taking on ourselves, but will be launching this initiative with partners who believe in these values, and have products which already support these ideas.

We’re delighted to be joined in this campaign by our friends at Stackbit, a startup that specializes in making modern website stacks accessible and straightforward. They are already building software in this field, and we felt that combining our efforts through a shared initiative would benefit the whole web. 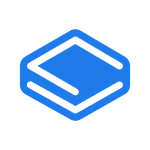 Stackbit is the first open, complete platform for the Jamstack — it's the easiest way to get started with the best tools for the modern web.

Stackbit will be publishing about the work they are doing and and already have been doing in this space. Here is a post related to their existing efforts to help developers deal with their Medium data/presence: 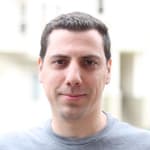 Migrating From Medium - A Developer's Guide

You may recall that we had some recent opinions on the Medium in particular:

In general, Stackbit will be bringing an expertise in this space, and we are very excited to see where this goes... 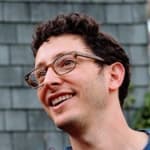 From monoliths to the modern web - The great unbundling

Next steps for you

If you are interested in supporting these ideas, please feel free to do the following:

As we work on these ideas and come up with new launches, this will truly be a community initiative. If your organization feels like they are positioned to get involved in this project in some way, feel free to reach out to us. My DEV inbox is open. 🙂 In general, partnership ideas of any kind can be inquired about at biz@dev.to.

We're not sure what will come of our efforts, we just know that these are ideas worth working on.

Master any CLI tool with this one weird trick

I created SaaS lead generation as an open-source project.