It's a new year which means many of us are searching for our next role. It's no secret technical interviews are hard, so we've compiled (hehe) a list of six data structures you should be comfortable with in 2020.

If you're going through a technical interview, these are must-knows.

We chatted about data structures & algorithms on this week's Ladybug Podcast so I recommend checking that out if you haven't already! We'll cover a lot more than the six data structures here!

Since these data structures have been written about until the cows come home, here are some of our favorite resources for learning them! 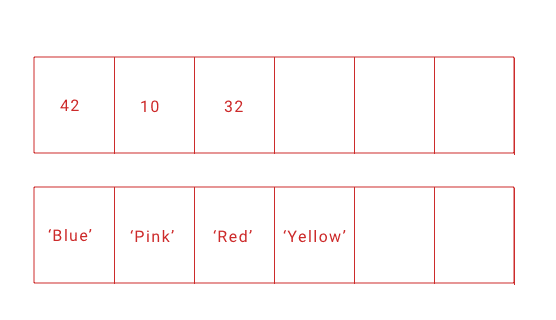 Arrays are the bread and butter of data structures. They are list-like data structures which allow you to keep track of elements. These elements can be reference types, like objects or other arrays, or primitives, like numbers or strings.

The length of an array in JavaScript is not fixed, meaning you can add values to the array easily.

A linked list represents a series of nodes where each node points to the next node in the list.

There are also doubly-linked lists where each node also points to the previous node in the list.

This structure uses the LIFO, or last-in-first-out, method where nodes are added to and deleted from the same end.

A stack is not a built-in JavaScript data structure but can be built using arrays. 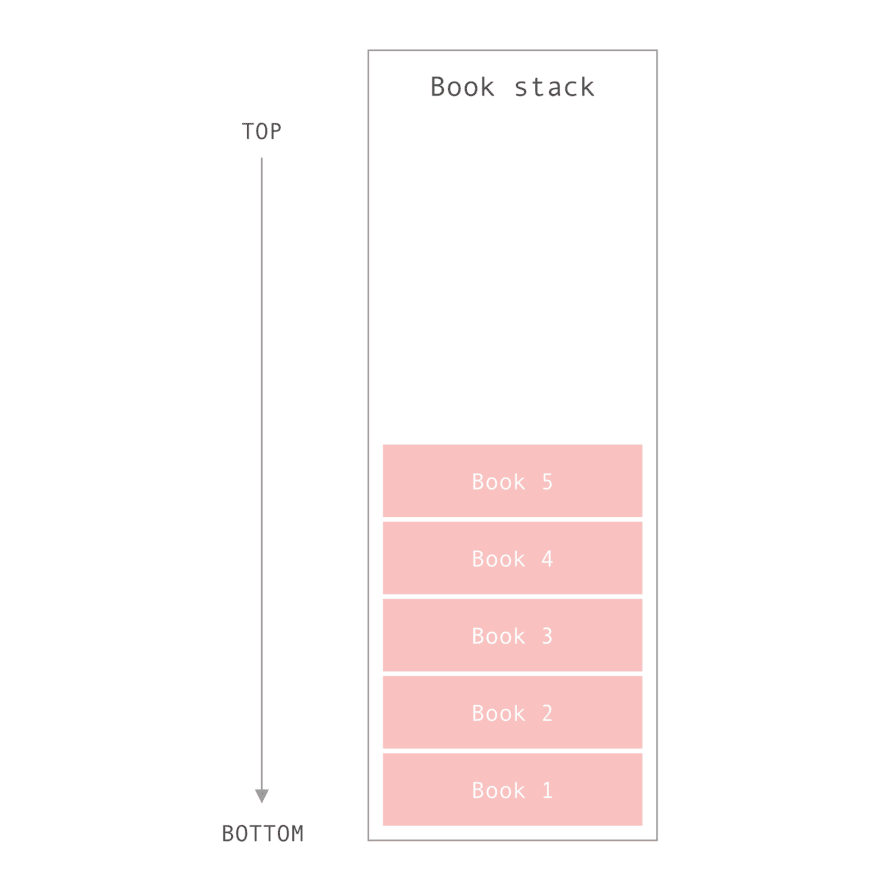 A stack is based on the LIFO, or last-in-first-out, concept. A stack is like a pile (or stack) of books where you have to take the top book off before you can get to the bottom book (unless you're a savage).

Stacks allow for constant time adding and removing of an item but unfortunately they don't provide constant-time access to the nth item in the stack.

A queue is similar to a stack, but uses the FIFO, or first-in-first-out, method. You can think of a queue like a line of people waiting to buy a movie ticket. The person who has been in line the longest (first) is the first to be serviced. 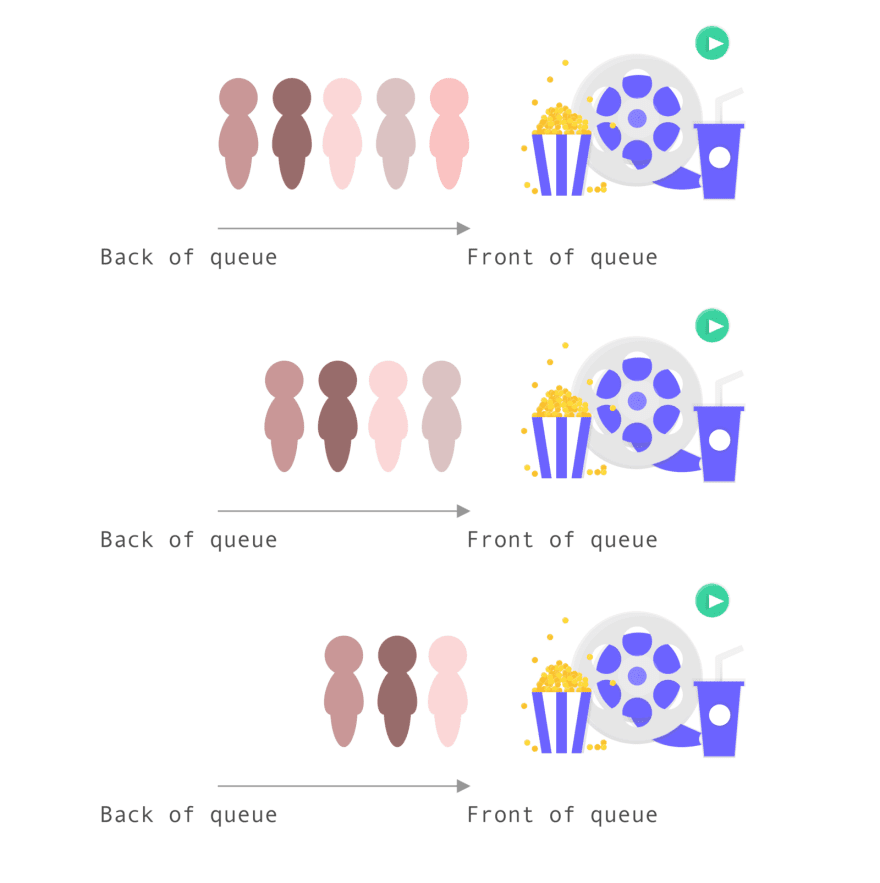 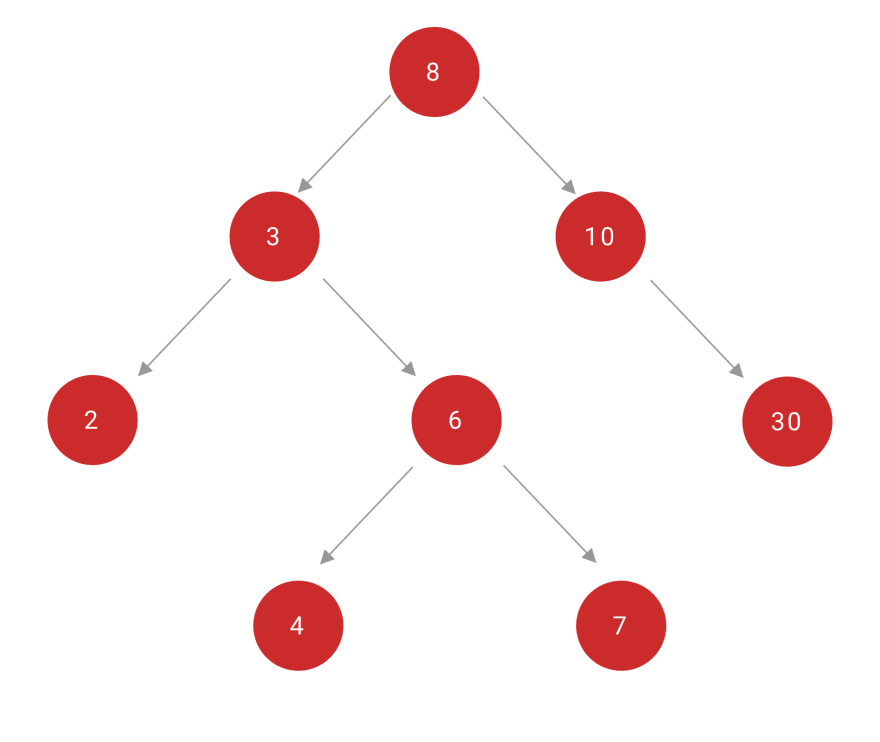 Binary trees are a data structure consisting of a series of nodes where each node can have a maximum of two child nodes as well as a value. The root is the top node in the tree structure and doesn't have a parent node. 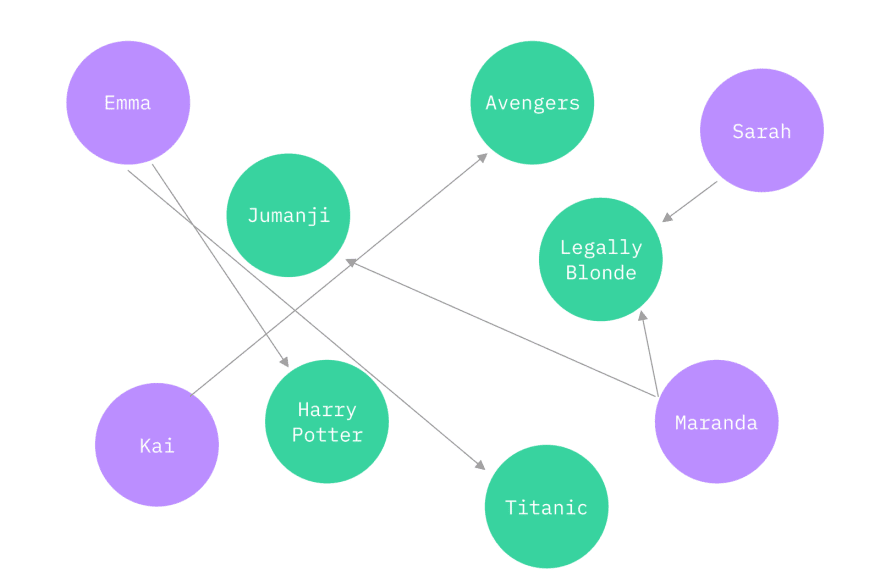 Graphs are a data structure comprised of nodes with edges. If a graph is directed, that means each edge has a direction associated with it (like a one-way street). In contrast, undirected doesn't have associated edge directions.

You might have a graph of people (purple) and movies (green) where each person can have several favorite movies but movies don't have a favorite person.

What are some other resources you like for learning data structures and algorithms?!

Listen to our podcast!

Once suspended, ladybug will not be able to comment or publish posts until their suspension is removed.

Once unsuspended, ladybug will be able to comment and publish posts again.

Once unpublished, all posts by ladybug will become hidden and only accessible to themselves.

If ladybug is not suspended, they can still re-publish their posts from their dashboard.

Thanks for keeping DEV Community 👩‍💻👨‍💻 safe. Here is what you can do to flag ladybug:

Unflagging ladybug will restore default visibility to their posts.