Deno is a hot new runtime that may replace Node.js. Everyone's talking about it like it's the next big thing. It likely is. Here's why.

Deno is a JavaScript/TypeScript runtime with secure defaults and a great developer experience.

Deno is designed to be a replacement for our beloved Node.js, and it's led by Ryan Dahl, who started the Node.js project way back in 2009. The design stems from 10 things he regrets about Node.js.

So Deno aims to take on Node.js, which would be quite the moon shot if Ryan didn't lead it. So here's a couple of reasons to pay attention to Deno:

So it's off to a good start. But let's look at some of the technologies behind it and see if that matters.

So in the manual, it mentions V8, Rust, and Tokio. Not helpful if you don't know what those are.

V8 is Google's high-performance JavaScript (and now WebAssembly) engine. Node.js and Chrome use it now. It runs standalone, and it's rocket fast. The development on this engine has been very successful the last few years. Note: V8 compiles JavaScript into native machine code for ultra-fast performance. Here is some more great information about V8.

Rust is a systems programming language that's blazing fast. It has no runtime or garbage collector. Its primary focus is on performance and memory safety. Here are some other great things about Rust.

Tokio is asynchronous run-time for Rust. It's an event-driven platform for building fast, reliable, and lightweight network applications. It's also extremely fast and handles concurrency well.

So do you sense a pattern here? Deno is comprised of technologies that are fast, lightweight, and safe. We're off to a great start.

So Why Something New?

Well, JavaScript has changed a bit since 2009. Development, performance, and features have changed drastically in this amount of time, and Node.js has done it's best to keep up. Perhaps starting over fresh is a better approach.

According to Dahl, here are some design issues he's found with Node.js.

Deno aims to address all of these.

If you've worked with Node.js for any amount of time, you know about NPM and its quirks. Personally, I think it's not too bad. It could certainly be improved. It uses a central repository model (npmjs.com), which has had its share of issues.

Deno modules can be hosted anywhere. Also, they're cached locally. You don't need to update them unless you want to. Pretty sweet.

Security in Deno is integrated. It has no access to file or network resources unless explicitly enabled. It dies on uncaught errors.

TypeScript is built-in - This is purely for developers. You can take full advantage of TypeScript for development and use all those fancy explicit types and other goodness from the language. 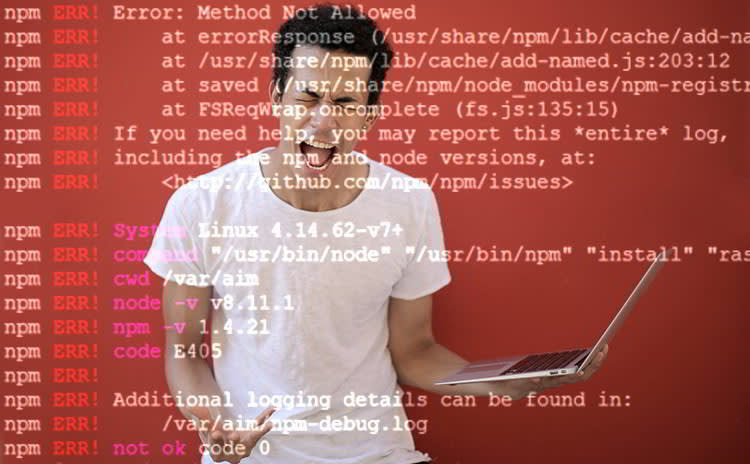 Deno promises performance and safety. That's a great benefit, but the most promise lies in the developer experience. It aims to make your life easier. Here's how:

Cool, those are great. But you can also:

These are all developer-focused improvements. While people will likely be raving about the speed and security, it's nice to know it won't be a massive headache for developers to create applications with Deno.

Deno is going to shake things up. It's going to bring:

The future is bright for Deno, and I can't wait to dig in and build things with it. It looks very promising.

Have you built anything with Deno? What do you think? Let me know!

If you want to build up your JavaScript game, check out these awesome courses.