@lmcdo_ @alilynnet @DominicCronin @cristynhoward @Bob_at_BH @aprilwensel @spolsky @StackOverflow an interactive tutorial is a very interesting idea! but bear in mind, the intended audience for SO is not, and has never been, beginners or people just starting to learn to code. I'd recommend codecombat.com, codecademy, khan academy, etc for those folks

It's quite sad that an environment where advanced topics are discussed somehow has to also be one where the needs of newbies (and anyone who might feel alienated by the arrogant boys club of software development) are completely disregarded.

Here's a fun fact: My Stack Overflow account is "secret". I first signed up as Ben Halpern but after a few of my first interactions I changed it to a pseudonym because I was afraid to put myself out there. It's probably not impossible to find my account, but I happily made it obfuscated.

Developers of all experience levels naturally co-exist in a healthy ecosystem. Newbies ask questions that experienced devs overlook. They also get excited about all sorts of random crap that experienced devs are usually jaded towards. Seasoned software people need the enthusiastic newbies to try and fail enthusiastically around them so that they can observe and learn. Sometimes when the junior asks the senior about the whacky AR/VR library they're working with, the senior dev helps out and realizes it's actually not so silly after all.

The junior dev, of course, needs the senior dev for guidance. They also need the opportunity to be a fly on the wall as two senior devs talk about things that go 80% over their head but where 20% sure makes a lot of sense. To get that experience where there's a word they can look up themselves afterward and maybe the whole conversation will start to make more sense. Or they look back on that discussion they thoroughly did not understand a year ago, but now they recognize they're now having having the same conversation and it does make sense.

Here's the point: the developer ecosystem can be full of incredibly symbiotic relationships and exchanges, and it's a real shame that Stack Overflow doesn't do more to support that ethos. In fact, it oftentimes feels like the embodiment of the developer who in their own day-to-day just doesn't feel like they have time for the devs who aren't already seeing eye-to-eye with them 100%.

@spolsky @codinghorror @StackOverflow Nice self-congratulatory post. Where’s the one where you apologize for creating a toxic, inhumane wasteland that rewards arrogance and shaming while excluding women and people of color? Is that one next?

The thread is fascinating, frustrating, and everything in between. Jeff needs to understand that he helped build something world-changing, but that it has problems that he himself is completely ill-equipped to see them for himself.

I did not think much about Stack Overflow when building dev.to, but I did feel like the greater developer ecosystem had a really hard part fostering healthy ecosystems where developers of different skill levels and backgrounds could make the most out of their time and energy. Stack Overflow is a subset of the greater dev ecosystem, so it was obviously part of what I thought was lacking overall.

But honestly I had not thought about it a lot. This thread actually clarified a lot for me: 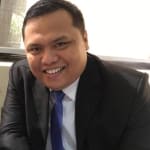 Following the goal of collecting "high quality" questions and answers, Stack Overflow does not care about answering your question. Unless your question is useful to more than just you.

This is the main thing people don't understand about SO. If your question doesn't serve the community it will probably not be well received.

This focus makes it very good at some things (e.g. hosting fantastic solutions to all sorts of problems) and very bad at others (e.g. helping beginners). Dev.to makes a different set of design/community moderation decisions which results in a different set of tradeoffs. Both sites have their place.

I guess Stack Overflow was never about helping the original asker, but more-so about serving the community with "the truth". That clarifies a lot for me.

Obviously, it would be ideal if they could serve that goal with less alienation. Jeff's comments here, which are pretty firmly in-line with his career-long gladiator mentality, seem to indicate that Stack Overflow was born to reject, not to include. And that's a real shame.

6 Things Dev.To Can Do To Improve Organic Traffic

Ben Halpern
A Canadian software developer who thinks he’s funny. He/Him.
Hacktoberfest is here — and this is the lowdown
#hacktoberfest #meta #opensource #beginners
Our Dear Unicorn Friend is Going on Vacation
#meta #design #ux
What is a wrong turn you took your career?
#discuss #career