I've really seen Tailwinds take off lately in "marketshare" as well as "love-share". 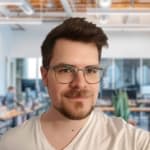 Why I fell in love with tailwindcss

On the other hand, the CSS ecosystem has been in mayhem for years...

I find the Tailwinds utility-first approach to be a really pleasant way to work with CSS, and CSS and pleasant are rarely used together in a sentence.

...But we've been here before in so many ways. I'd love to get folks' opinions on the CSS space.

Ben Halpern
A Canadian software developer who thinks he’s funny. He/Him.
What's the difference between a library and a framework?
#discuss #healthydebate
Interested in getting deeper into Web Components?
#webcomponents #webdev #javascript #forem
Call to action for all VS Code users!
#forem #vscode #webdev