There's a meme of sorts heading around Twitter after one regrettable take on "10x engineers" which paints a laughable stereotype.

This is a great post which sums up the complaints and respectfully disagrees: 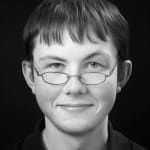 The 10 points that make up real "10x engineers"

It seems like everyone weighed in on Twitter, but let's have a discussion that allows for more than 280 characters. As per its usual style, the Twitter trend has been mostly about piling on, more so than necessarily evolving the conversation in an overly useful way.

To be clear, people aren't necessarily ridiculing the notion that engineers may fall on some sort of power law distribution curve. The issue with the thread was more about the hyper-specific, highly stereotypical notion of what "10x" engineers are like.

3. 10x engineers laptop screen background color is typically black (they always change defaults). Their keyboard keys such as i, f, x are usually worn out than of a, s, and e (email senders).

Let's unpack this discussion a bit.