So I just wrote my worst bug ever. 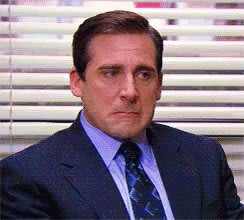 While we wait for @heroku support, let me tell you about about a silly mistake I made today:

I wrote some code which triggered a new deploy on deploy and it kicked us into an infinite loop.

We made 5000 deployments before our service was taken down.

Any stories to make me feel better?

How many monitors do you use for coding?

Q: As a #CodeNewbie, what web development framework are you learning - and why?

How do you make folks who sponsor your open source projects feel valued?

Ben Halpern
A Canadian software developer who thinks he’s funny. He/Him.
Meme Monday! 🥸
#discuss #watercooler #jokes
Side Project Sunday! What do you have going on?
#showdev #sideprojects #discuss #watercooler
How the software we build is used maliciously and abusively 🎙
#podcast #inclusion #security #mobile