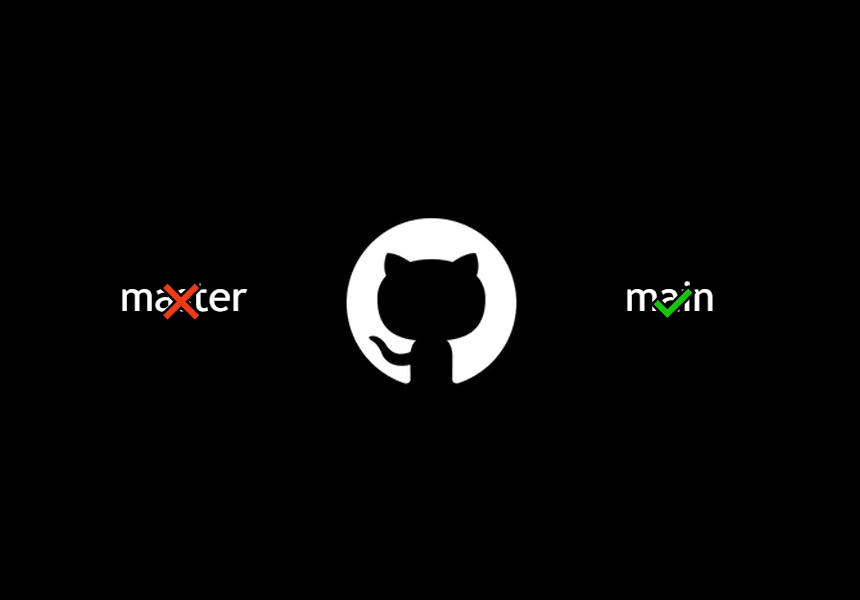 Well, we all might have heard that GitHub will remove the master naming convention for default branch.

GitHub's Twitter page posted that it stands with the black community and the fight against racism.

Breonna Taylor, George Floyd, Ahmaud Arbery, Tony McDade, and countless others deserve justice. We extend our support to Black Hubbers and Black developers. GitHub stands with the Black community in the fight against racism and injustice, and will continue to take action.

There are many people who might be looking to rename their branch to something more clearer and better.

First of all let's understand what a master branch is?

In Git, "master" is a naming convention for a branch. After cloning (downloading) a project from a remote server, the resulting local repository has a single local branch: the so-called "master" branch. This means that "master" can be seen as a repository's "default" branch.

Why we are doing this?

The master-slave relationship in technology usually refers to a system where one - the master - controls other copies, or processes.

The years-old campaign to replace such terms has been given fresh impetus amid the resurgence of Black Lives Matter protests in the United States.

Mr Friedman's announcement came in a Twitter reply to Google Chrome developer Una Kravets, who said she would be happy to rename the "master" branch of the project to "main".

"If it prevents even a single black person from feeling more isolated in the tech community, feels like a no-brainer to me," she wrote. (Excerpt from BBC Report)

What are potential alternate names for master branch?

Alternate names can be:

How to rename master branch to some other name?

i. Checkout your master branch

ii. Create your release branch and switch to it

iii. Push that to the server

iv. Delete the master branch reference on the server

Let me know what can be a more better name for master branch?

Share your ideas in the comments section so that it's easier for new developers and programming community to decide the alternative or I must say original names for both terminologies.

Once suspended, mrsaeeddev will not be able to comment or publish posts until their suspension is removed.

Once unsuspended, mrsaeeddev will be able to comment and publish posts again.

Once unpublished, all posts by mrsaeeddev will become hidden and only accessible to themselves.

If mrsaeeddev is not suspended, they can still re-publish their posts from their dashboard.

Once unpublished, this post will become invisible to the public and only accessible to Saeed Ahmad.

Thanks for keeping DEV Community safe. Here is what you can do to flag mrsaeeddev:

Unflagging mrsaeeddev will restore default visibility to their posts.