This thread made me think that I want to get a better grasp of what I can do through npm: 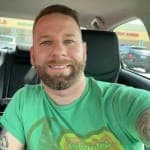 I knew about this feature and more or less know all the npm features, but I still feel a bit out of the loop about the ways people are using this tech/service. Care to fill me in on how you make use of the npm service and ecosystem?

A Guarded City with no Defensive Wall - My 2¢ on TypeScript