Postscript was sort of predecessor to PDF, but unlike PDF, Postscript just includes a full stack-based programming language.
It wasn't really meant for humans to write code in, just for various typesetting systems to generate, but that's not going to stop us - let's code some things!

To "run" the programs we'll just view them with OSX Preview.

It's obvious what we're starting with. 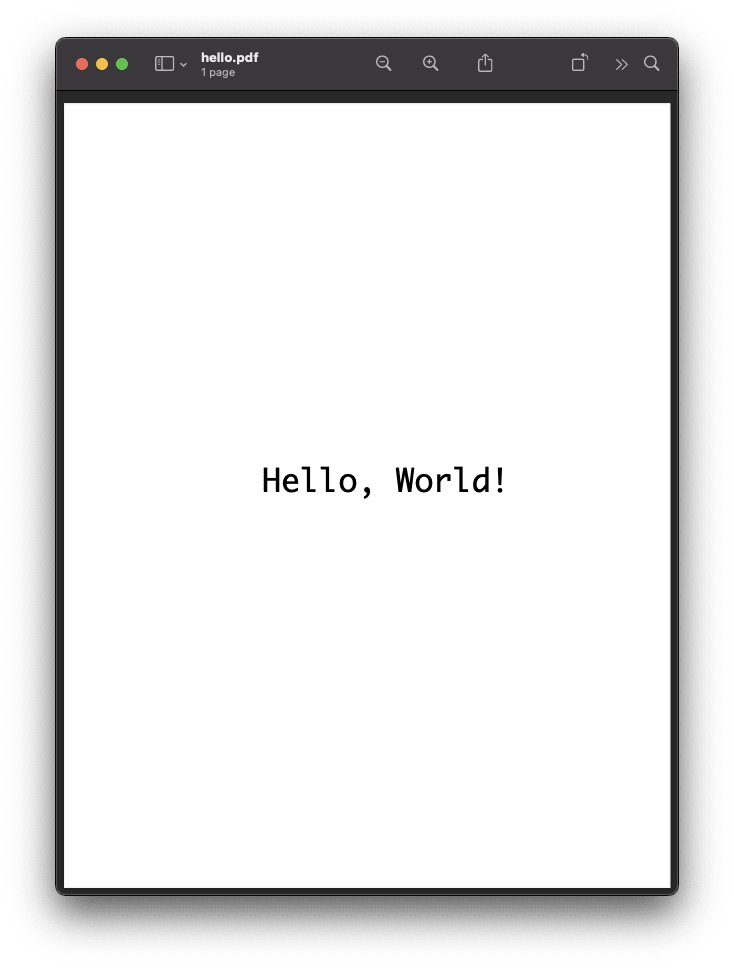 That wasn't too bad.

The first step towards real programming would be doing a loop: 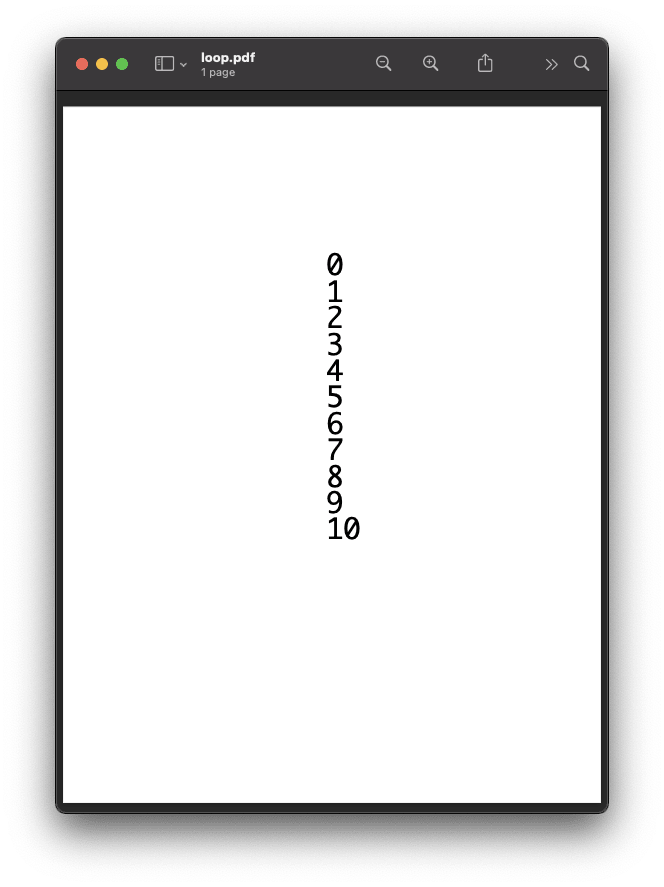 I annotated in % comments what's stack contents after each iteration. Let's go over it step by step:

For next step let's define a custom function to double numbers, and do a bit of formatting. 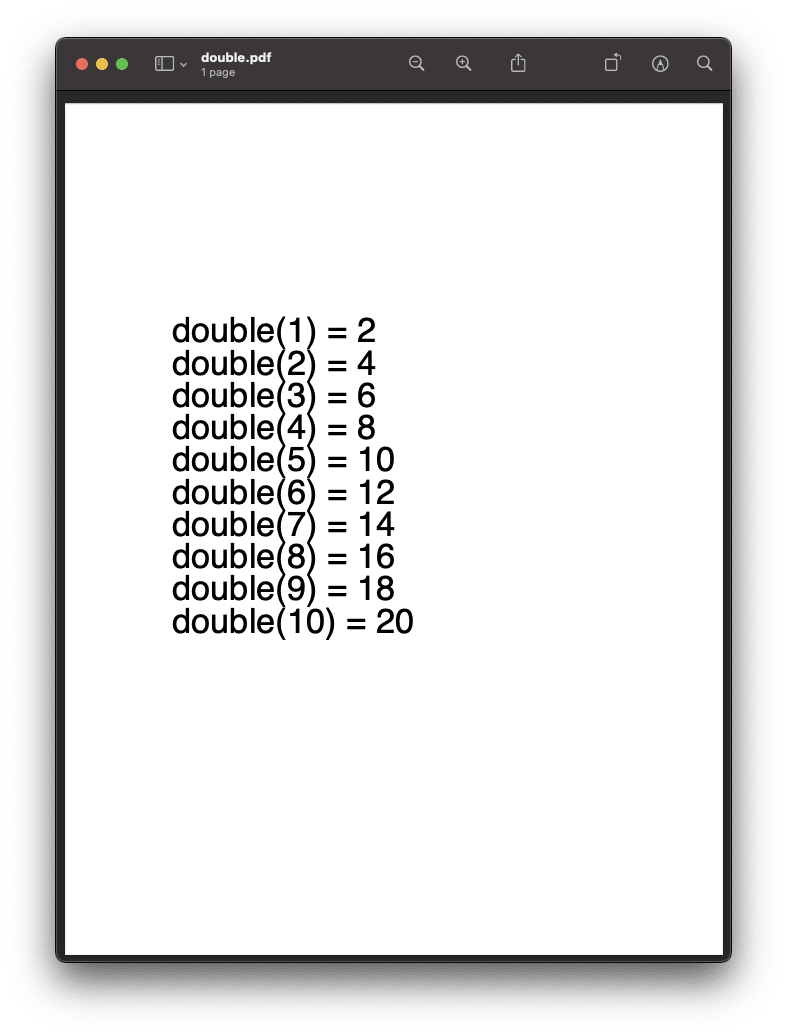 Now we have almost everything we need to do Fibonacci numbers. 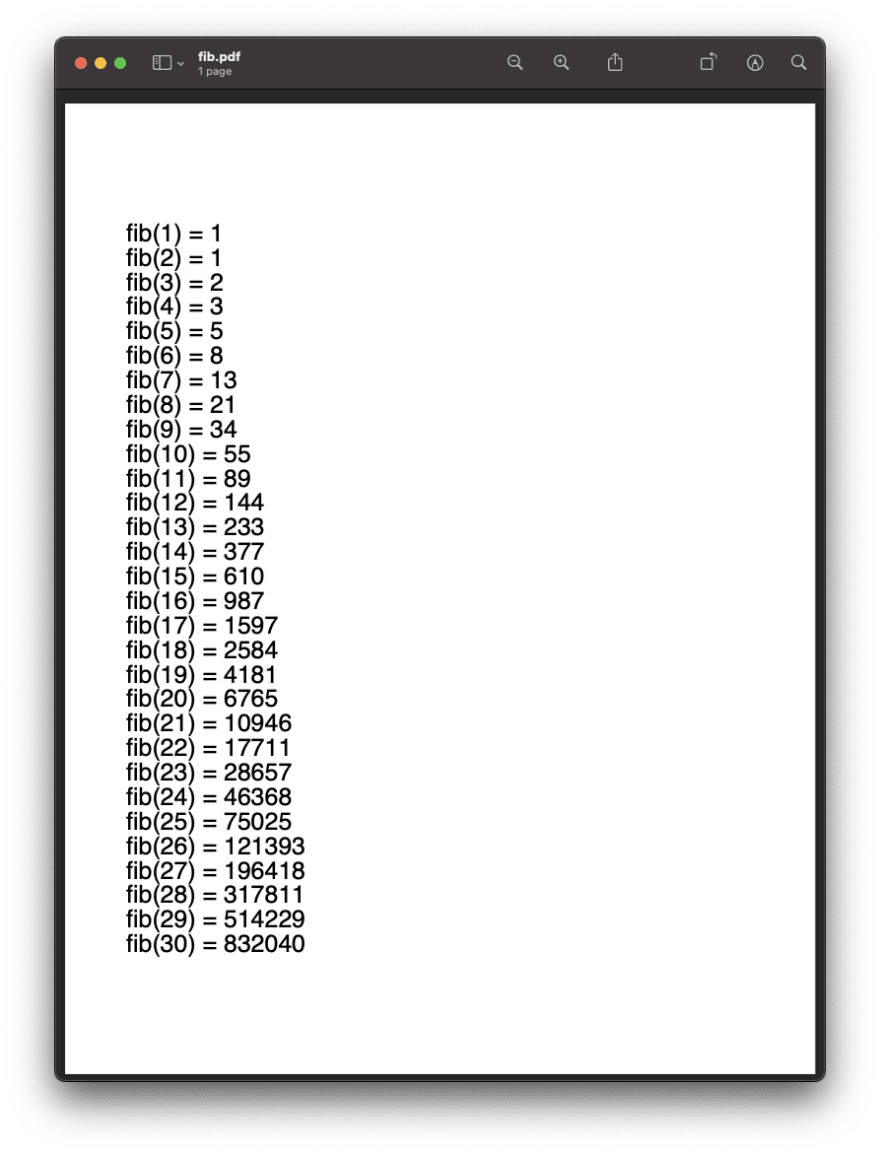 Let's do FizzBuzz, obviously. But we have a small problem - 1 to 100 FizzBuzz won't fit on one page. Well, how about we do two pages then?

Which looks like this, with each page for 50 values:

Should you use Postscript?

Definitely not for programming, and nowadays not even for typesetting as PDFs pretty much replaced Postscript completely, but it's a decent enough introduction to stack-based languages, probably more fun than Forth as you can do fancy graphics in Postscript.

Depending on your printer, you could even send your program directly to the printer, to run it onto the page, without ever running it on any regular computer.

All code examples for the series will be in this repository.

Code for the Postscript episode is available here.