Every Monday we round up some of the last week's top posts, comments, and tweets. If you have any feedback, please leave a comment. ❤️

Everyone knows that https always comes along when you copy a link...but what does it actually mean and how does it work? Rui Figueiredo explains how asymmetric key encryption makes the whole thing possible: 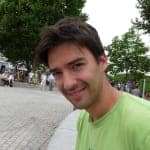 Brief(ish) explanation of how https works

Why HTTPS for Everything? https.cio.gov/everything/

Jose Gonzalez relates a story from his early career as a bootcamp TA, where he created an HTML/CSS tutorial that in retrospect, he thinks he should have published online. The conclusion: put your thoughts into a blog! (Preferably on dev.to 😉) 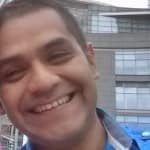 My Worst Career Decision Ever Made

Dev.to's own Andy Zhao, who also TA-ed at a bootcamp, agreed that it took some guts to write up his first post, but that he was glad he did it.

Agreed! Writing/blogging has been such a good outlet for me.

My first blog post was on dev.to, and it took A LOT to write it up. I had no ideas what to write, but the more I avoided doing it, the more I would (probably) regret it. And I am already really happy I did :)

I'm on a New Level

Personal growth as a developer doesn't always feel continuous: you reach a certain level of expertise and then have to find ways to improve your skills or else risk stagnation. Kim Arnett lists eight ways to keep...developing: 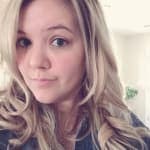 How to Level Up Your Dev Game

The article received tons of comments from users who appreciated the motivation:

This is great! Lately I've been feeling a bit stuck in my career and with being the only developer on a project I have no idea what I need to learn or where I need to improve. The biggest takeaway for me from your list is to really put yourself out there and look for people you can really learn from which both things scare the hell out of me! 🙂

Being more efficient from the command line is something that all devs can appreciate, which is probably why Bhaskar Karambelkar's write-up on bash shell tricks was so popular: 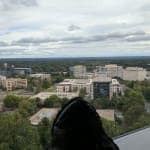 If you think you're exempt from getting better at bashing, think again:

Abstraction is one of those core computer science concepts that most developers have a decent grasp of but might have trouble putting into their own words. Enter Eric Normand, who summarizes the idea: 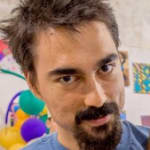 What is an abstraction?

Some commenters had their own favorite definitions as well:

I really like Dijkstra's definition (explanation) of abstraction. An abstraction will hide some of the stuff but not all. Only the ones that is related to the target domain of the abstraction should remain. Other irrelevant ones should be hidden. Preliminary examples are domain specific languages. But they are far from perfect at this point.

Phil Nash, one of dev.to's top contributors, shared his exploration with the background fetch API:

The background fetch API allows a developer to perform and control fetches to large files or lists of files outside the context of a single page. This can increase the likelihood of successful uploads and downloads and allow the service worker to cache the results too. 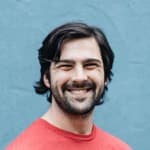 Experimenting with the background fetch API

Becoming a better developer — or a better anything really — is about maintaining good habits. BinarForge lists seven useful habits for programmers 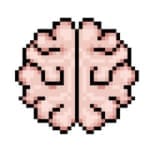 If you are constantly questioning yourself about your personal and professional growth that means you are already off to a great start!

Trending on DEV
What's on your reading list and why?
#watercooler #discuss
How much time you're wasting in your day?
#watercooler #career #productivity #tutorial
The 7 Most Popular DEV Posts from the Past Week
#icymi
Free and Fake APIs You Can Use to Practice Front End Development
#career #productivity #codenewbie #beginners
How do I improve my problem solving skills and time management?
#discuss
15 Tips For Someone New To Web Development
#codenewbie #career #webdev
How is GraphQL different from the old days?
#discuss #graphql #restful #webdev
Explain to me git rebase
#explainlikeimfive #git