2019 was an incredible year for me professionally. It was also a good year personally, so I want to be clear that one does not mean sacrificing the other.

This year came with a number of new opportunities and because I feel like careers are often opaque I want to do something a bit different. As I walk through this year in review I plan to focus on what led me to each opportunity and how my previous work helped me get there. If you're interested in doing some of the things I've done, perhaps it will help you too.

For most of 2019 I continued at Ten Mile Square as a consultant. I wrote a couple of posts about the experience.

What it Means to be a Technology Consultant

How Architecture Improved My Coding Skills

Quite a few things happened in this role that allowed me to grow in other areas.

I spoke at my first event in 2017. I enjoyed it and wanted to do more. I started talking to other speakers and getting advice on being a better speaker as well as recommendations for good conferences to submit to. I wrote about that here:

Confessions of a Conference Speaker

During 2019 I participated in a number of events.

1 very grateful and very tired me 😴

The pinnacle of that was likely my keynote in Munich, Germany in November pictured in the image up top. I wasn't originally scheduled to be a keynoter, but when they lost one of their headliners a month out and asked if I could adapt the talk I was going to give I said yes! I just happened to have the right talk and was already going to be in the right place.

That being said, November 2019 was rough. I was traveling every single week and really exhausted. I realized that attending events wouldn't scale. So the goal for 2020 is to travel less.

But speaking this past year introduced me to ever more organizers, speakers, and attendees. Which meant I got asked to do other things. But we'll get to that later.

Perhaps the single most influential thing I did in 2019 was begin to blog consistently. I had done a few posts here and there for the Ten Mile company site, but that was about it.

At the start of the year, I took on a personal project to migrate my site from Jekyll to Gatsby. In the process, I took copious notes and turned them into a three-part series. The first part is here:

That series was posted in February and from there I was hooked. I really enjoyed learning things and writing about them. It was as much a gift to my future self as anyone. I start blogging once a week and it was going pretty well.

Sometime in the spring, I hung out with @aspittel and @lkopacz . Their advice on blogging and interacting with an online audience was invaluable. Through talking to them I realized that writing could scale in a way speaking couldn't.

By the end of 2019 I'll have written 52 blog posts on DEV (1 for each week, though it wasn't quite that perfect). I've also had the opportunity to write a post for CSS Tricks and Smashing Magazine.

I wrote about a lot of things, but perhaps the most common was JavaScript. In particular, I found that it was fun to dive into detail on one piece of syntax and talk about how it works. This approach led to some of my most popular posts this year.

5 Uses for the Spread Operator

Even more so, every time I wrote about syntax I used I learned it in further detail. I became very well versed in ES2015+ JavaScript syntax and my posts gave me public credibility on the topic. That'll be important shortly.

In the Spring I received a twitter DM from @jhooks about being an egghead instructor. He'd seen my blog posts and thought I might be able to make them video lessons. I told him I was a bit overbooked at the moment and to ask me later.

And he did. It happened to be a calm time (there weren't many of those in 2019) so I said yes. He set me up with an account, introduced me to the team, and I started making my first lesson! I really enjoyed having written content and video content and found that people who learned differently liked having the option of both.

And in the last month of the year I released my first course on Vue router!

Yet another way to scale my teaching outside of speaking.

Remember all those people I met at conferences? (and twitter, but we'll get to that last) Some of them had podcasts and they asked me to record an episode. I was all set up with a high-quality microphone thanks to egghead. And in general, I like to chat :)

You can see the appearances I've made here. Doing podcasts was a great way to talk about my story and how I wound up where I am. It was also another type of speaking that scaled!

What is your Big, Hairy, Audacious Goal?

I couldn't think of anything at first and then I did. I had been watching a bunch of TC39 proposals to see what syntax would be added to JavaScript. I had spent tons of time in the docs and really enjoyed considering the pros and cons of what made sense in the language. So I wrote a response.

@swyx Challenge accepted. I want to be on the TC39 committee. Is that too work related? 😅

And then something wild happened. I got a message from @ladyleet . She asked me if I was serious and I said yes. Based on my blogs and other work she thought I'd make a great addition to the TC39 Educator's committee. She made the introduction and my dream was realized!

Becoming a Google Developer Expert was the other big goal I had that I hadn't talked about in public. I'd seen some incredibly accomplished friends like @aspittel and @likeomgitsfeday become Google Developer Experts in web technologies. I wanted to do the same. It felt like a validation of all the content I'd been creating.

I was incredibly fortunate to be referred to the program by @thegreengreek . I filled out an application that included every speaking event from the past year. Every blog post I'd written. All the projects I'd worked on. It was an exhaustive effort (and I had to do it twice because the autosave failed!).

After passing that screening I had two different interviews. I talked about interacting with the web community, my favorite new technologies and areas of focus. They felt more like casual conversations about the state of the web than anything.

And in the fall, I got to write this tweet. 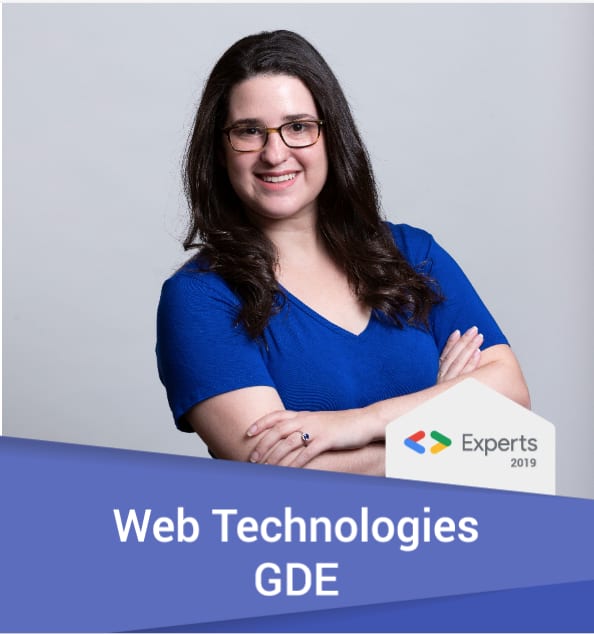 Ok, this week is officially out of control!

In August, Gatsby posted an opening for a Staff Software Engineer on the Learning Team. It was a really intriguing job working with a product I already used and I'd get to collaborate with @marcysutton among others.

As it turns out, everything I'd done in 2019 and before had set me up perfectly for this role. My very first blog posts were on Gatsby and I'd continued writing about technology since then. My personal site was created with Gatsby and I had knowledge of the underlying technologies. I'd been a conference speaker and egghead instructor and felt comfortable teaching. I'd worked as a consultant on a variety of teams and had ideas on how to be a senior engineer on a growing team. I'd even appeared on @jlengstorf 's show to create a Gatsby theme!

How to Turn an Existing Gatsby Site Into a Theme

I hadn't planned any of this. I didn't know this job would be open, or that it even existed. But it turned out, it was tailor-made for me. 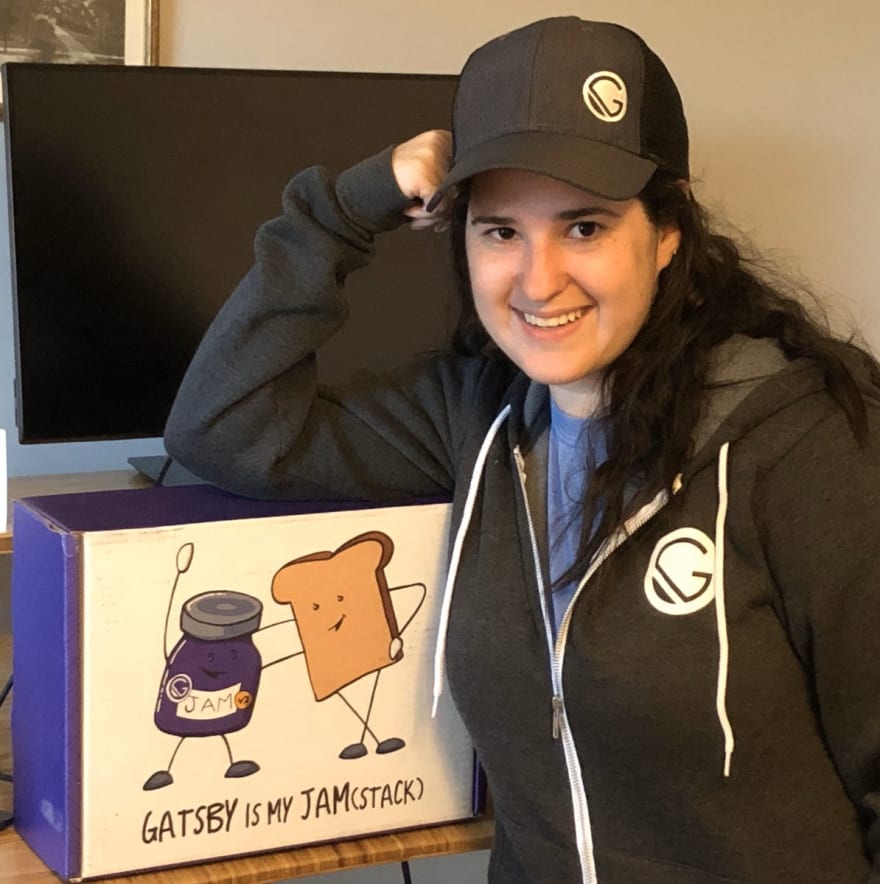 Today is my first day @gatsbyjs 🥳🥳🥳

I’ve joined the Learning Team to work with the incomparable @marcysutton!

I am so excited about this adventure and the ability to continue teaching as a full time role.

I'm including this last because it's the piece that kind of brings everything together. Throughout this year I engaged with people on twitter. I enjoyed asking questions of our community members and seeing the responses. I liked having a platform to speak out against gatekeeping and toxic tech interviews. I loved meeting so many people who I never would have otherwise.

My presence there was a key part of all of these opportunities. And at the very end of 2019, this happened.

How in the world do this many people care what I say?!

To me, that was another way of validating that the content I shared had an impact and helped people. I truly couldn't have asked for more.

So what's next? I honestly don't know. I have plenty of work to do at Gatsby. Some speaking events and podcast appearances lined up. I'm hoping to continue blogging and creating egghead lessons, though likely at a slower rate.

I'm excited for the new year. But I'll look back on this one fondly. Most importantly, because of Avett. 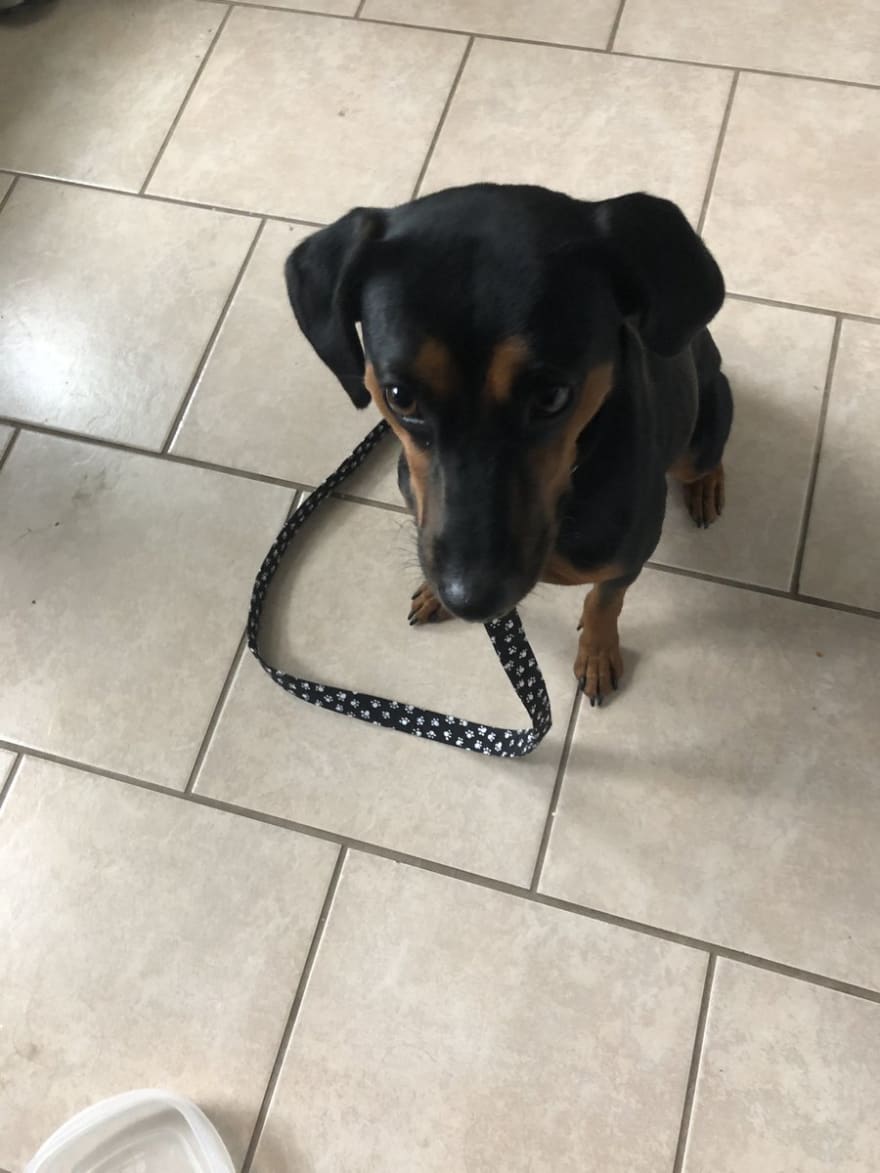 So ummmm, welcome to the family Avett!

Thanks for keeping DEV Community 👩‍💻👨‍💻 safe. Here is what you can do to flag laurieontech: