8:35 PM
Well, I lived life again today, so the streaming didn't work out. I think I'll try to make the details page better somehow, while listening to some Florida Georgia Line. Don't judge me I'm a code cowboy 🤠

8:51 PM
Moved the buttons below the text fields, I think it looks better 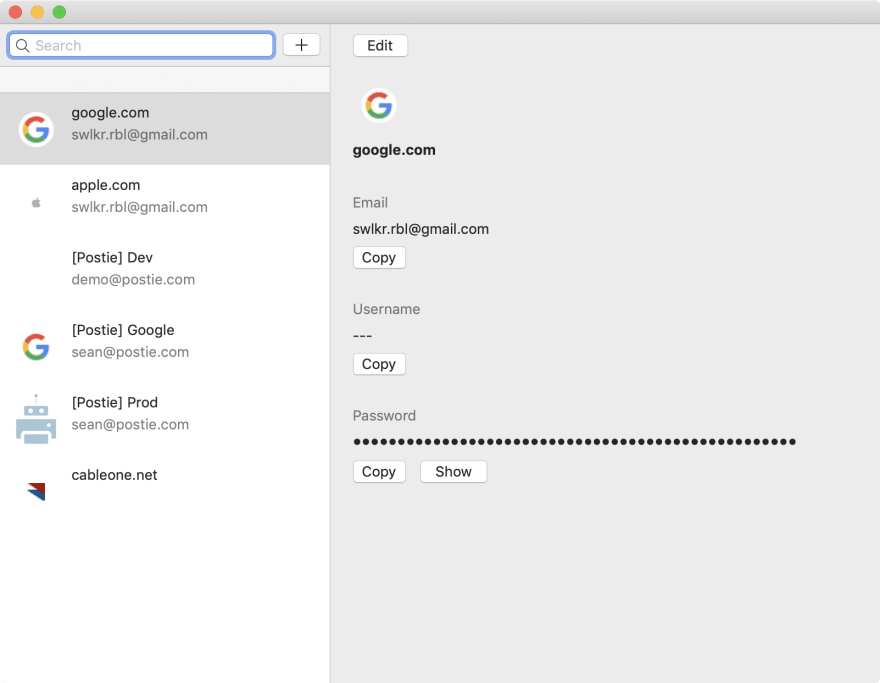 9:28 PM
Also added a show button to hide the NSSecureTextField and show an NSTextField to show the plaintext password value. Can you believe there's no way to show plaintext values in an secure text field. I suppose it makes sense, but it's a pain for this app since you have two controls stacked on top of each other. So many hacks. Hacks on hacks.

I noticed that the memory keeps increasing linearly every time I switch rows in the table view. Have to fix that right now! No delay!

Here's how I did it. I moved the "detail view controller" that gets called on tableview select, to an instance variable instead of re-instantiating in the function every time:

Once that was done, I kept track of whether or not there was a value there and called removeFromParent

So good to see the memory stay steady around 36 MB. That's it for today. I'll fix the other memory leak around Edit/Cancel tomorrow. Also the slowness around edit/cancel, feels like a web app it's so slow. 🤦‍♂️

How To Develop Successful SaaS Apps in 2023? A Step-By-Step Guide