For better or worse, Big Navi must be compared in relation to the RTX 30 series. This is quite evident just in the sales volume, just 7% of the RTX 30 series. Further while prices have been increasing for Big Navi since the new year, it is not nearly as dramatic as the RTX 30 series, a clear indication of just lower demand. Not to say there is no demand, on 1/10/21 Newegg dropped 157 RX 6900s and they sold out within an hour, causing a significant drop in the median price for the day. But we can see a clear trend of the 6800 XT going from a low around 170% MSRP to currently just above 200%, while the base 6800 and 6900 share nearly identical overpricing percentages.

For the prices below, I have left the break evens as they were from before the tariff increase to show how much prices have changed and the scalper profits using the old MSRP as I suspect most sales are from cards purchased before the increase. 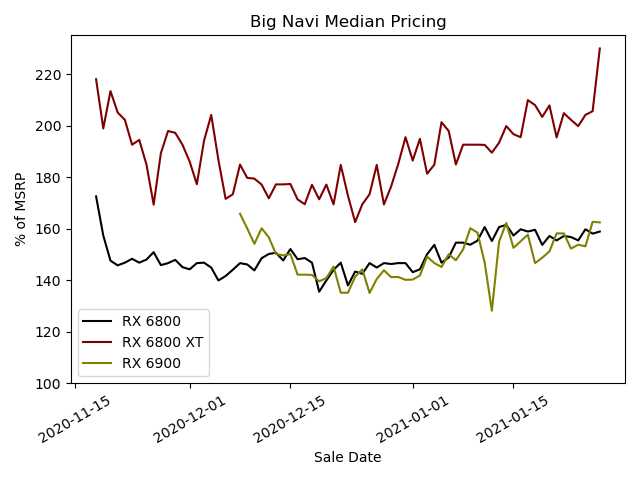 Comparing eBay to StockX for Big Navi, scalpers are far less likely to use StockX. StockX sold 14% as many Big Navi GPUs vs 27% as many Ampere GPUs. The total volume of sales is below half a million, though the profits are nothing to scoff at. 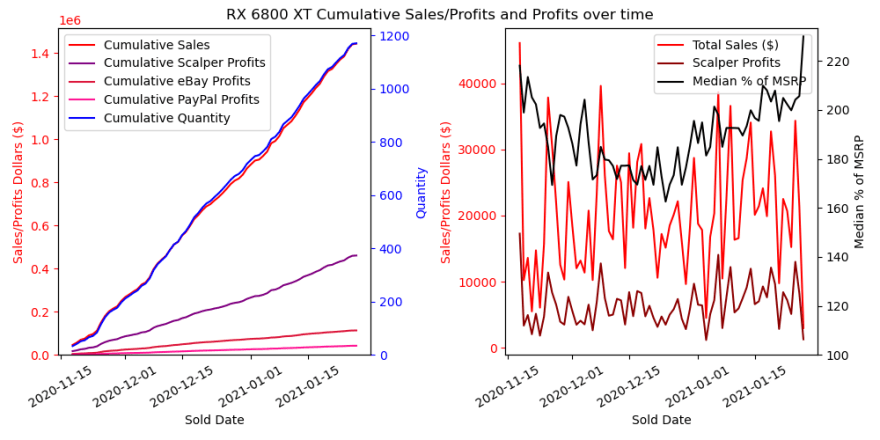 The cumulative sales charts mostly show a fairly linear profitability curve for the scalpers, not a very steep slope, but still a hundreds of thousands of dollars. Of interest are the clear examples when Newegg lists 100+ units for sale and they sell out within the day, spiking the sales/profits trendline. 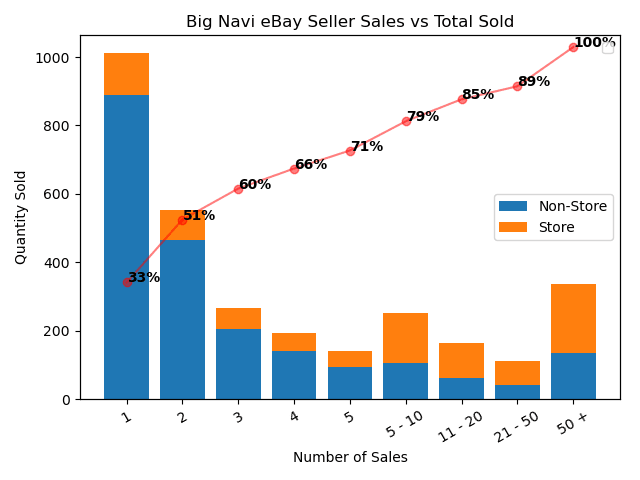 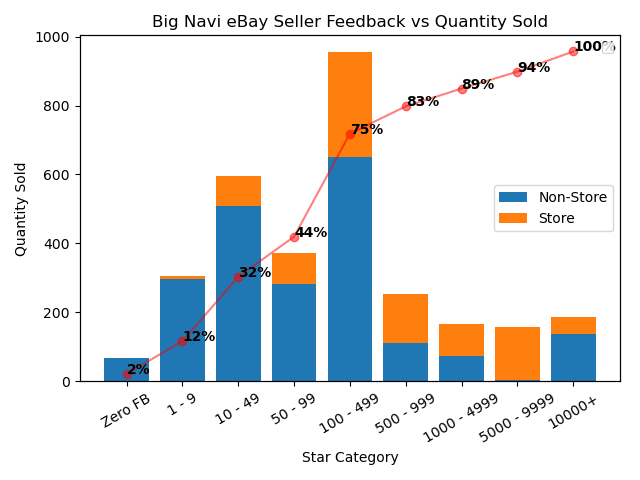 For the sellers, there’s a clear 3-16% fakes, of those with <10 feedback on eBay, and again the largest group being 100-499. However the ratio of stores selling vs non-stores is lower, perhaps scalpers are being more successful? But of all the listings Big Navi has the most sellers who are selling 1-2, 51% of them. Whether this is an indication of scalpers not caring as much or just the lack of listings is something I am unable to determine. 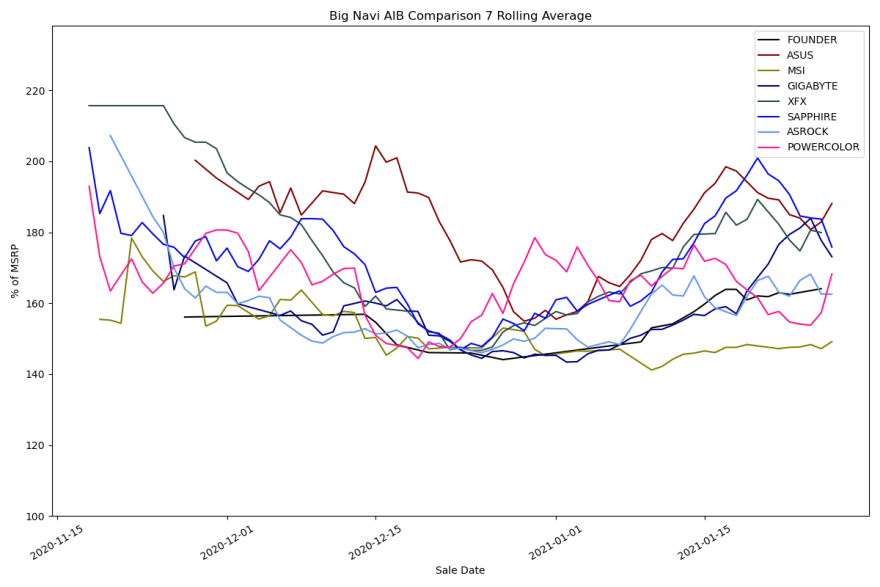 Reviewing the AIB resellers, its clear Sapphire is generally preferred, or at least is likely getting the most supply which is being resold immediately, twice as many cards as any other supplier. ASRock seems to sell the cheapest cards, always near the bottom in average price while ASUS is the most again. 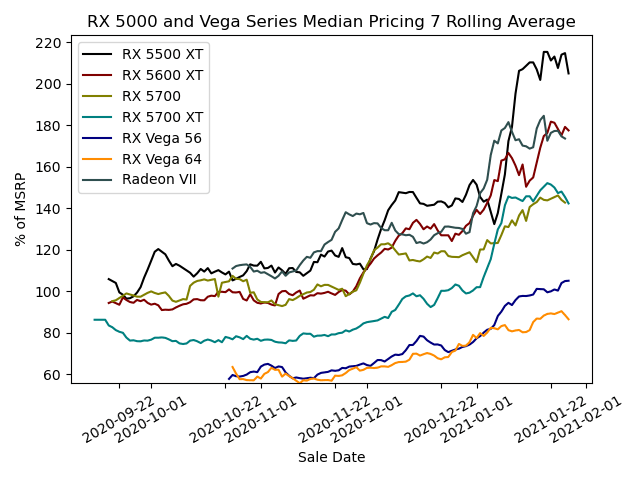 Coming again to the question of last generation, perhaps not directly because of the limited supply, but the resale price of the RX 5700 XT, the RX 5700, RX 5600, RX 5600XT have all dramatically increased in price for most doubling what they were in October of November. This seems less due to the scarcity of cards and more the tariffs.

What I learned this Week. Week 7.