Our Sprint 1 is over. Actually it's not quite been a week, I've had a little more free time than originally planned due to Christmas and New Years periods, and so I'm deciding to call it early, since all the tasks are now done. 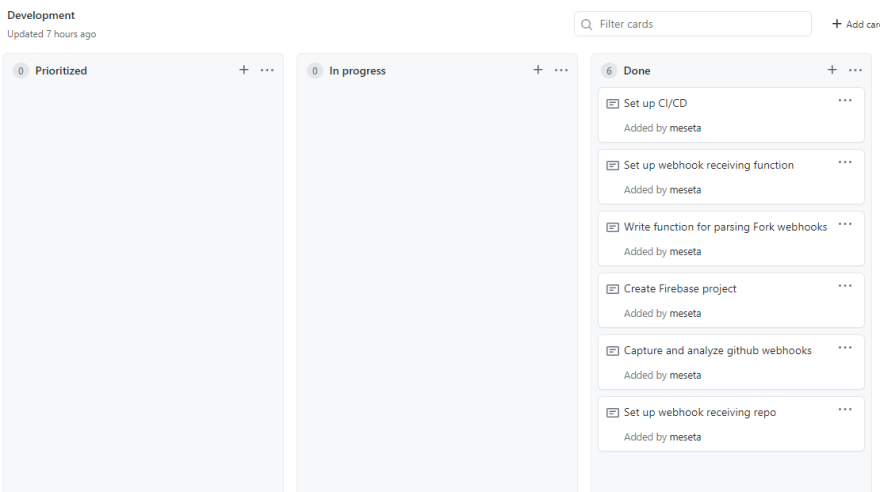 It's important to do a retrospective at the end of sprints, even when solo working, to decide on whether things were working, and whether the time and scope estimates were correct.

I'm pleased to say that we came in well under the week allocated (even part-time working), though I did significantly low-ball the tasks that were in this sprint. My original intention was to keep this week light to focus on setting up things like the repository structure, and the CI, so that future work can benefit on it, but those took less time than anticipated.

We've arrived at the end of the sprint with a comprehensively set up repository, complete with tests and local development capability, as well as a CI that's doing it's thing. We are well and truly ready for the next task.