Sprint 2 is over, I let Sprint 2 run on for a bit longer than a week because I spent a weekend in the middle working on a different (music) project, and also the tasks took a bit longer to do. 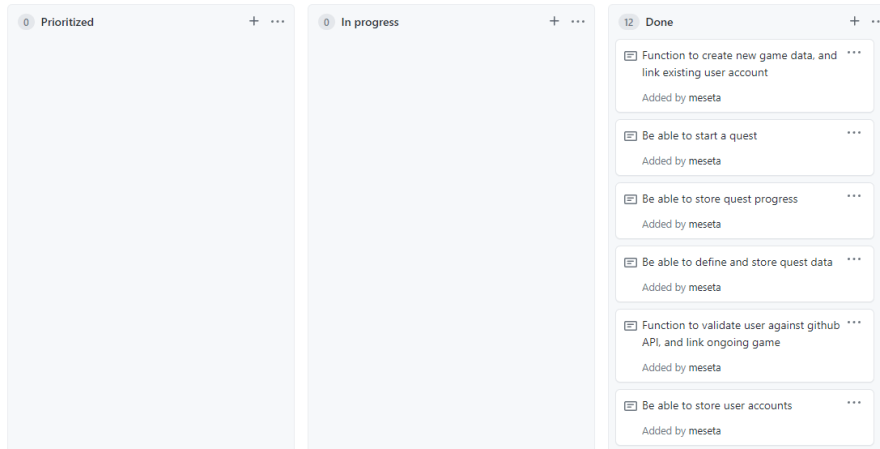 I shouldn't really allow the sprint to go on that, that's not good form, and is a slippery slope to complacency about tasks and defeats the purpose of running sprints. I'm going to try not do that next time, however it's somewhat challenging as my free time varies from week to week. Perhaps I should do time-tracking and consider a "sprint" to be a fixed number of work hours I can dedicate to the project rather than days. I'll think about that if this happens again.

On the plus side, a significant amount of the backend architecture has been made clear by this sprint - we now know how quests will be defined, we have classes for handling Users, Games, and Quests, that we can extend, and the structure of the repository has been significantly simplified! This puts us in a good position to go into Sprint 3