It's that time of the week again. So wonderful devs, what did you learn this week? It could be programming tips, career advice etc.

Feel free to comment with what you learnt and/or reference your TIL post to give it some more exposure.

Summarize a concept that is new to you. 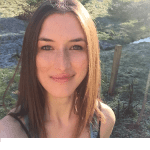 What new tech experiences are you looking forward to in the new year?

Music Monday — What are you listening to? (Christmas Edition 🎄)

If you could automate one process what would you automate?