It has been around 6 months since I started to blog a lot.

I followed the calls from Gabor Szabo, Joel Berger and Dave Cross then on top I added mine

My intention was clearly to setup a "Perl blogging scene" on devto and I feel like it works, see #Perl and numbers from perlweekly: 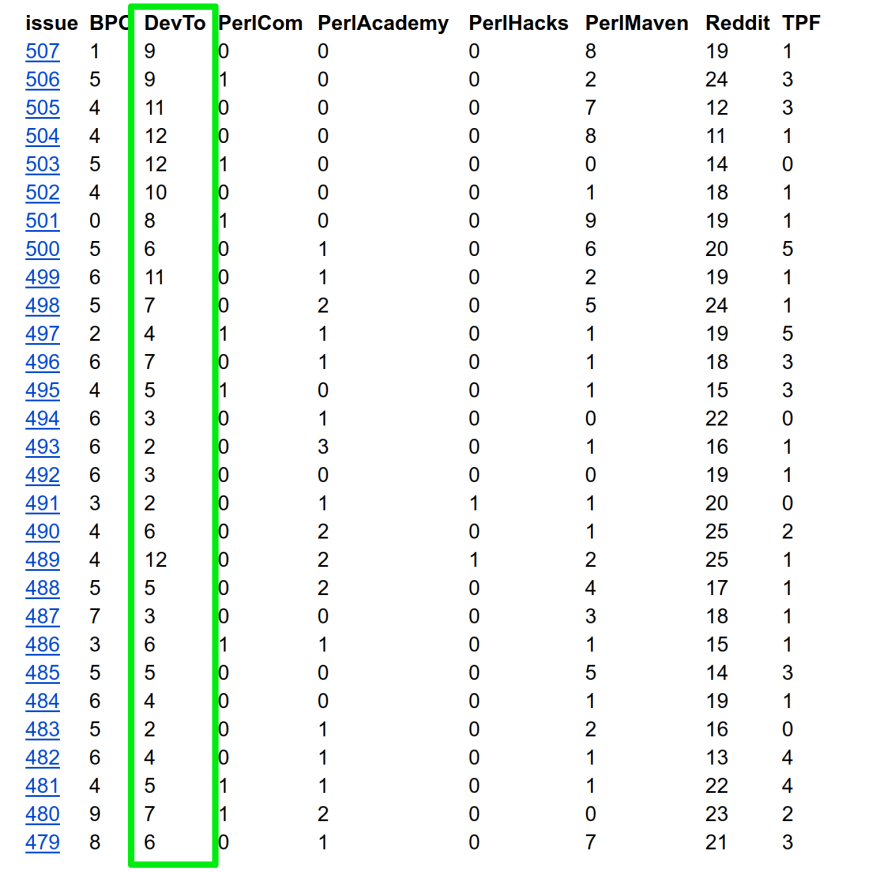 The number of blog posts does not decreased on BPO (it was not the goal, I want more posts, not less!) but the number of posts on DevTo increased lot yeah ! 💃
It reached a minimum steady number that make it a viable place to monitor for posts :) (and to make people join and contribute)

It's a teamwork and I do not deserve much credits, but I did a pretty decent effort (more than 50 blog posts in 6 months): 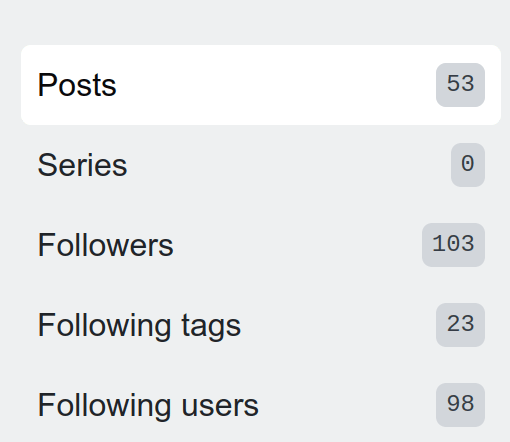 Will I blog as much for the coming 6 months? Probably not, but I have to say that blogging is very rewarding since I have the feeling to show Perl in a nice way and I have a lot of interactions with great people (comments ❤️).

It also helps me practice the "art of writing", help me to dig deeper in some areas and suddenly there are so much great blog posts from Perl figures all around!
@mjgardner @leontimmermans @kraih @davorg @ovid @haarg @tobyink
(I wanted to put more names but there is a limit on how many people I can mention)

These people are often more successful than me (I have to admit that they produce better blog posts 😃), Ovid had an immediate huge success with Perl-but-generalist posts, that's crazy!

Back to me, my biggest hit is not Perl related but about how a user triggered a crypto miner in my github action through a malicious pull request, if you're interested in github actions and security, check it out.

My other hits (could we really talk about hits? 😀) are around the topic of Perl and blogging: A call to Perl bloggers to come on DevTo or To help Perl, just blog

I also made books reviews that I wrote also as a kind of "personal notes". The list of reviews is here

In between I wrote a lot of posts about toolchain/(Meta)CPAN:

My posts in French never worked but I continued to post them anyway 😀 like Book review "Perl pour l'impatient" or this terrible absolutely-no-like Critique de livre : Gimp 2.10 - Special debutants

Aside from Perl, I published some posts about docker (1, 2) or security (Billions laughs attack)

(I'm kidding with "failures" but it is not, I'm not writing for likes)

As I said in my call, I'm more a blog reader than a writer, so I'm very eager to read your posts!

So please dear reader, unleash the writer living in you! 😃

How to tell a Junior Dev that what they've done is wrong?