Welcome to my Weekly Digest #15 of this year.

This weekly digest contains a lot of interesting and inspiring articles, videos, tweets, podcasts, and designs I consumed during this week.

Using hooks with Redux makes it simple to manage state internally in React Native applications with many components.

How to test 400 React components without breaking a sweat

Your organization’s development experience can be detrimental to your ability to ship code to your clients. There is a very delicate balance that needs to be found between testing your code and design.

How to test 400 React components without breaking a sweat

Seven Mistakes To Avoid In Your Technical Interviews

It’s no secret that the technical interview process leaves something to be desired; it’s often riddled with anxiety and stress. In this article, we’ll take a look at seven of the most common mistakes candidates make in their technical interviews and explore ways you can avoid them.

Seven Mistakes To Avoid In Your Technical Interviews - Smashing Magazine

If you don’t have a job as a developer, learning how to code becomes a much bigger challenge for a simple reason — developers can learn to code on the job.

Challenging ourselves to solve logical problems with only CSS and HTML can force us to spend quality time with some of the newish, programing-like features of CSS, such as custom properties and logical functions. It still wasn’t clear how these could be used to build a Sudoku solver using only CSS.

Some great videos I watched this week

Mocking APIs During Development in React

In this video, we'll use MSW (Mock Service Worker) to mock HTTP requests both on the browser but also on the server during SSR (Server Side Rendering) in Next.js

Enigma is known as the WWII cipher, but how does it hold up in 2021? Dr. Mike Pound implemented it and shows how it stacks up against his laptop.

Chrome 90 is rolling out now! There’s a new value for the CSS overflow property. The Feature Policy API has been renamed to Permission Policy. And there’s a new way to implement and use Shadow DOM directly in HTML. Plus there’s plenty more.

It's time to expand beyond grayscale particles! In this video, Shiffman demonstrates how to make a fire or smoke-like effect by using image textures and additive blending with a particle system.

Did you know that you can import your stories from Storybook and run them as tests? Jimmy recently learned about this cool idea and he's going to show some examples he put together that showcase some of the benefits of doing so. He'll be using React, Jest, and Testing Library for these examples, but many of the concepts will apply to other frameworks and setups as well.

Using git bisect to quickly find the origin of a bug

git bisect is a really useful command for locating the origin commit of a bug or behavior.

Add the Toaster to your app first. It will take care of rendering all notifications emitted. Now you can trigger toast() from anywhere!

For help, discussion about best practices, or any other conversation that would benefit from being searchable:

For casual chit-chat with others using the library:

I had been learning Python for a few weeks when, in January, 2019, I stumbled upon a Reddit post in r/learnpython seeking suggestions on how to become a better programmer.

One of the comments asked for good books or websites about algorithms and data structures. I had collected links to useful Python learning resources among which the free ebook Problem Solving with Algorithms and Data Structures using Python, so I…

dupeGuru is a cross-platform (Linux, OS X, Windows) GUI tool to find duplicate files in a system. It’s written mostly in Python 3 and has the peculiarity of using multiple GUI toolkits, all using the same core Python code. On OS X, the UI layer is written in Objective-C and uses Cocoa. On Linux & Windows, it’s written in Python and uses Qt5.

dupeGuru is a cross-platform (Linux, OS X, Windows) GUI tool to find duplicate files in a system. It is written mostly in Python 3 and has the peculiarity of using multiple GUI toolkits, all using the same core Python code. On OS X, the UI layer is written in Objective-C and uses Cocoa. On Linux, it is written in Python and uses Qt5.

The Cocoa UI of dupeGuru is hosted in a separate repo: https://github.com/arsenetar/dupeguru-cocoa

Still looking for additional help especially with regards to:

Contents of this folder

This folder contains the source for dupeGuru. Its documentation is in help, but is also available online in its built form. Here's how this… 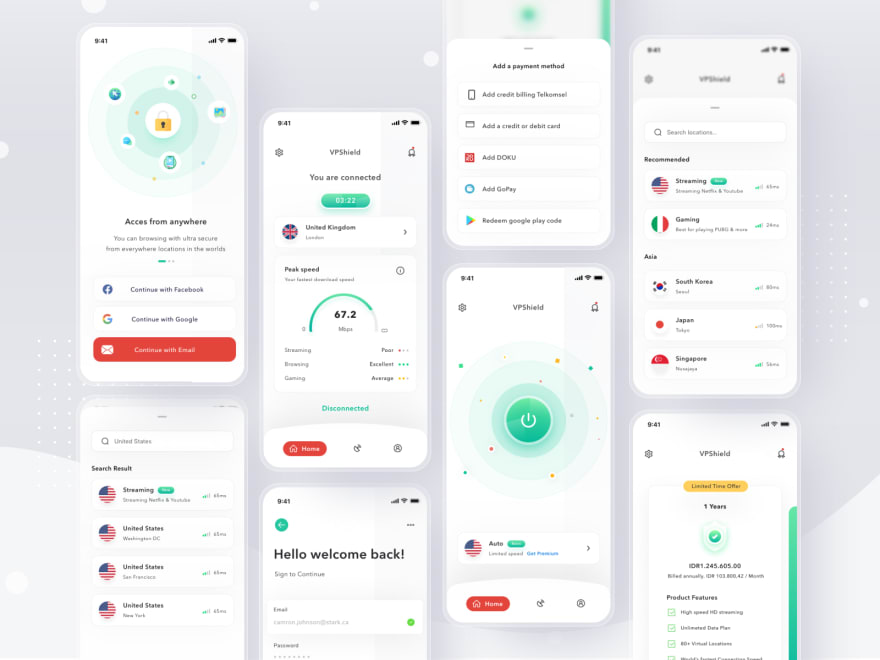 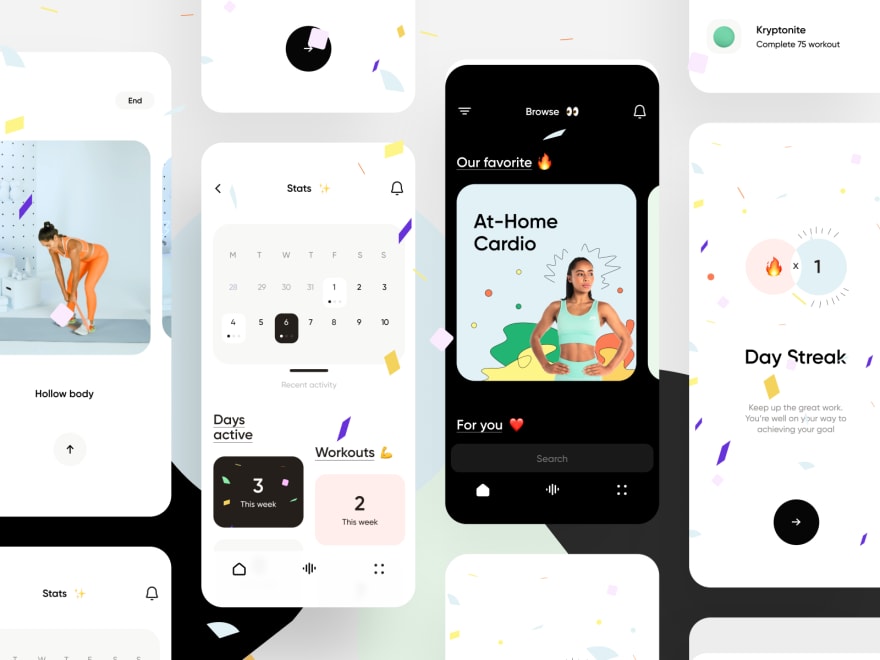 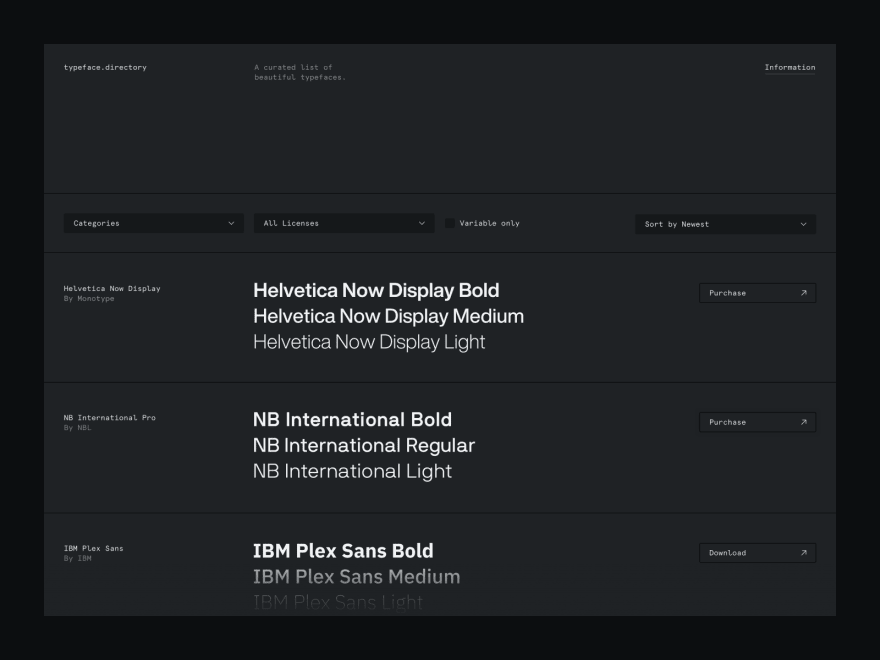 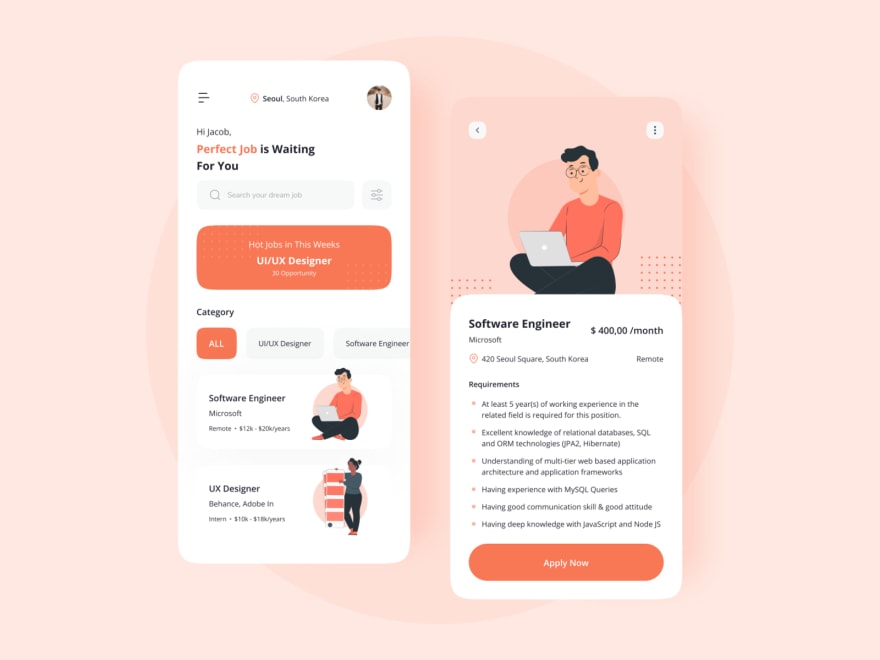 Wow I just learned in VS code you don't need to type var(-- to see your CSS variables, just -- and it will wrap it in var(). 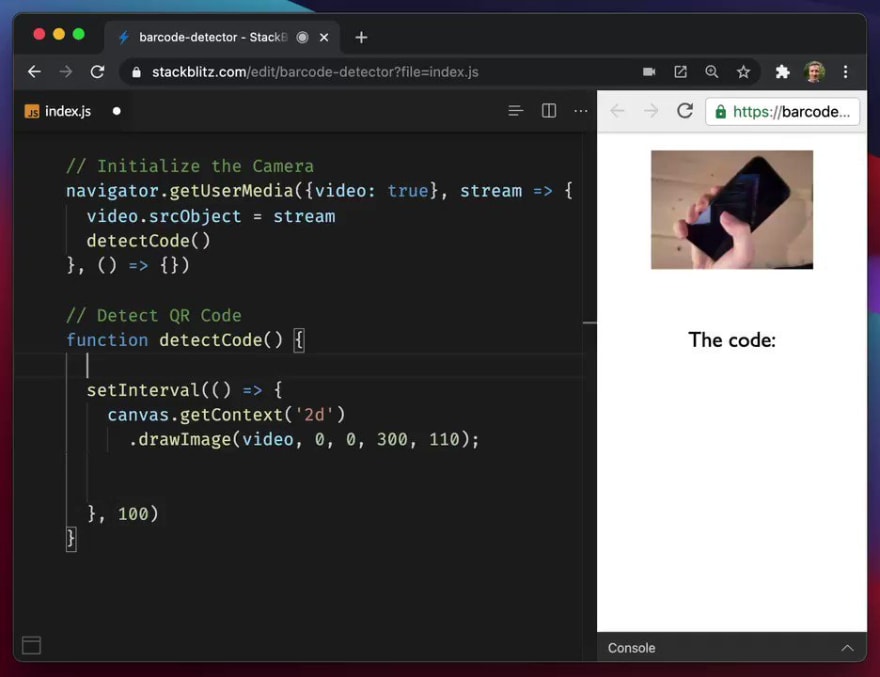 With `BarcodeDetector` you decode linear and two-dimensional (e.g. QR Code) codes directly in a browser! 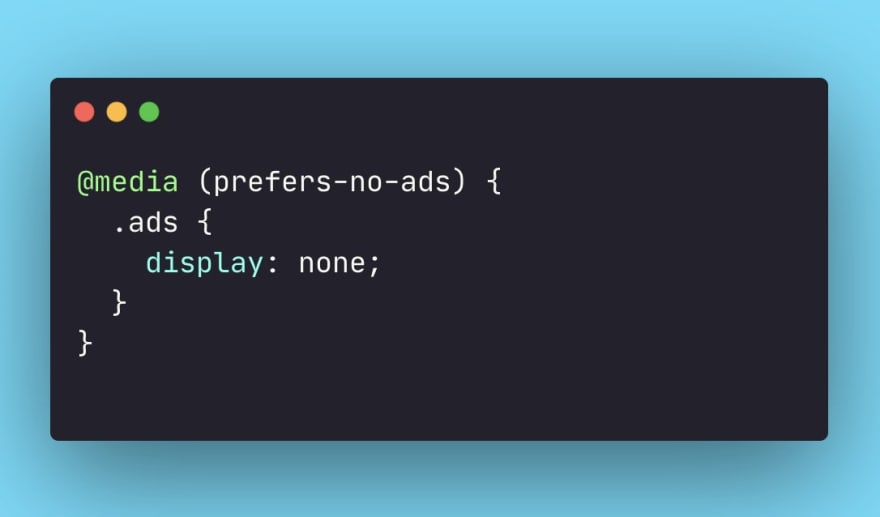 Can we make this happen? 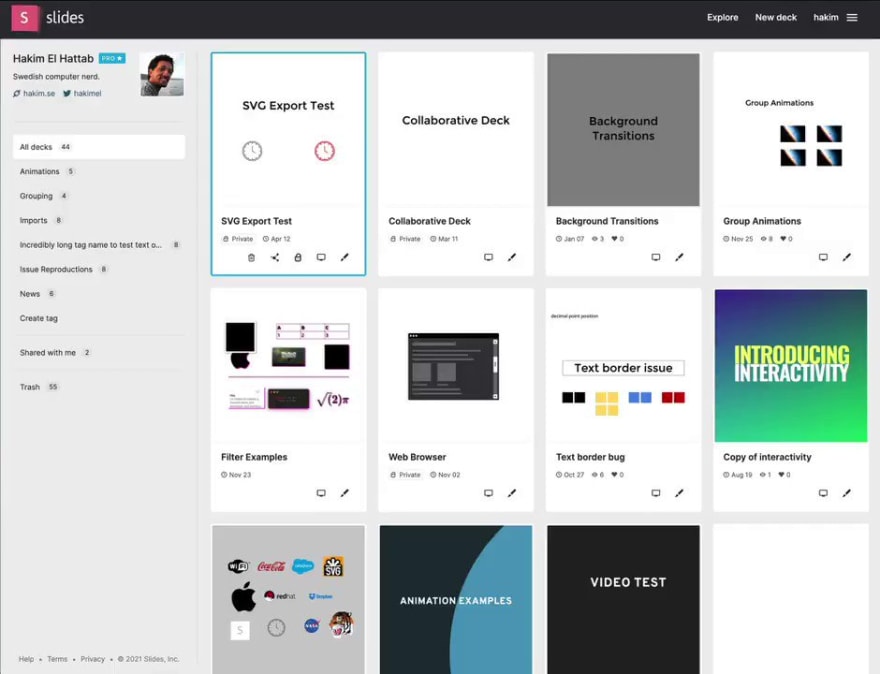 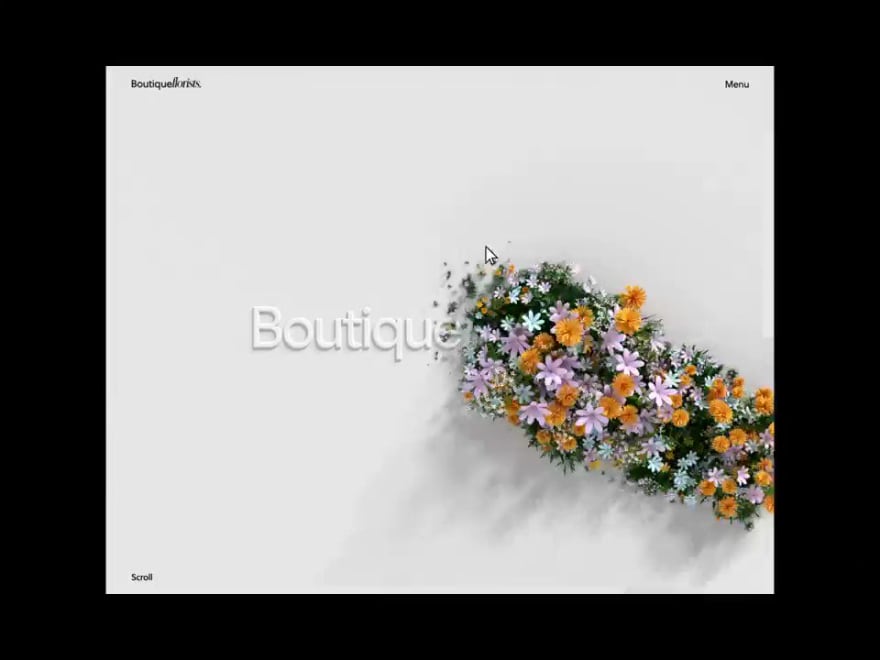 is this not the most beautiful thing ever! (by Calvin Smith)

Welcome back to The CSS Podcast, where we cover all things CSS from accessibility to c-index. Today, Una and Adam will discuss a micro syntax for pseudo-class notification when working with nth-child.

In this Hasty Treat, Scott and Wes talk about CSS nesting — what it is, when to use it, and why.

In this episode of Syntax, Scott and Wes talk about dev tools tabs, what each tab does and how you can use them.

Marie & Chris talk about the brand new event tracking feature in Appcues. We’re still pretty stoked we can even afford Appcues since it’s super pricey software for our company. The fact that they just released event tracking dashboards makes it feel much more affordable though because this unlocks super valuable information for us instantly.

Thank you for reading, talk to you next week, and stay safe! 👋

Once suspended, marcobiedermann will not be able to comment or publish posts until their suspension is removed.

Once unsuspended, marcobiedermann will be able to comment and publish posts again.

Once unpublished, all posts by marcobiedermann will become hidden and only accessible to themselves.

If marcobiedermann is not suspended, they can still re-publish their posts from their dashboard.

Once unpublished, this post will become invisible to the public and only accessible to Marco Biedermann.

Thanks for keeping DEV Community 👩‍💻👨‍💻 safe. Here is what you can do to flag marcobiedermann:

Unflagging marcobiedermann will restore default visibility to their posts.