DEV Community is a community of 577,496 amazing developers

We want our code to behave different on different environments, operating systems, so taking decisions at compile time is the best decision, isn't it?.

This is a syntactic directive promoted by several languages, therefore it is easy to detect and replace with real behavior.

Adding an extra layer of complexity makes debugging very difficult. This technique was used when memory and CPU were scarce. Nowadays we need clean code and we mus leave premature optimization buried in the past.

Bjarne Stroustrup, in his book The Design and Evolution of C++, regrets on the pre-processor directives he created years before. 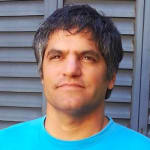 Photo by CDC on Unsplash

C++ is designed to allow you to express ideas, but if you don't have ideas or don't have any clue about how to express them, C++ doesn't offer much help.

JS: Finally discover how to Hide and Show elements

Neovim and its built in language server protocol