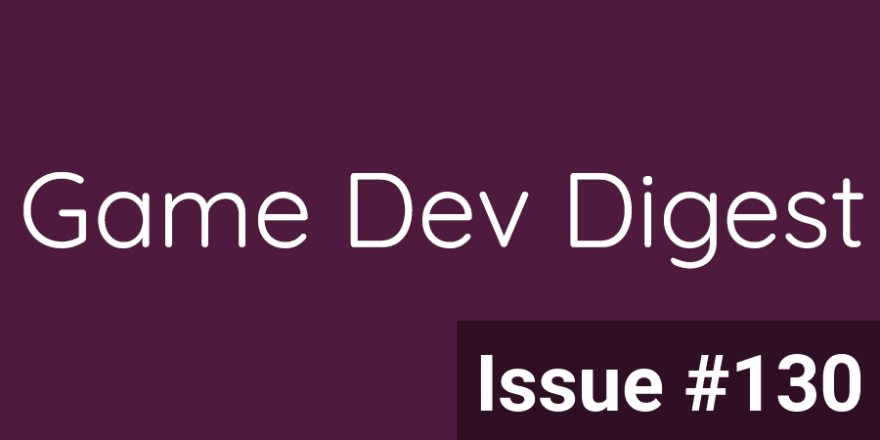 It's jam packed with lots of great topics this week, from AI, multiplayer, improving UI/UX and lots more. Enjoy!

Improving Wordle with LootLocker (How to Make Wordle Part 2) - In the first part of our guide, we showed you how to create Wordle in Unity. We set up all the gameplay features and mechanics, and uploaded the game to Itch.io.
lootlocker.io

How To Remove The Frustration Of Reading In Games - To find out how different developers approach text in their games, Game Developer spoke to staff at Failbetter Games, 3-Fold Games, and Inkle. They told us more about the unique challenges they face as interactive storytellers, the designs that have influenced them over the years, and the importance of removing unnecessary barriers to reading.
gamecareerguide.com

Rewinding Unity particle systems for fun and profit - Over the last couple of weeks I've been working on Hexahedra's rewind system, which allows you to wind the factory backwards and rewatch past steps to help with debugging solutions. One of the challenges is getting the particle systems. Unity doesn't have any support for simply asking a ParticleSystem to rewind, so this requires a little bit of fancy footwork. I'll cover a few wrinkles that make things tricky as we go.
sidequestninja.com

The 13 best video game intros - Video game openings and tutorials can be tough, but these games nail it.
polygon.com

Experience the new Unity Terrain Demo scenes for HDRP and URP - Hear from technical artists behind the scenes and get best practices for authoring organic game environments.
Unity

How we made our loading screen - The cool thing about this loading screen is that it shows a progress bar which I think is a good UX feature so the player knows how much further along the game is going to load stuff.
Coffee Brain Games

Design an interactive game UI with Figma - Coming up with a good design for your game is incredibly difficult but instrumental in ensuring a cohesive and easy to use experience. There are many tools that you can pick from for mocking up new ideas. One of my favorites is Figma, which is a (primarily) web-based tool that lets you brainstorm, design, and prototype ideas – either solo or collaboratively in real time. In this tutorial you will learn the fundamentals of Figma while creating two game screens – the main and settings. By the end you will have enough knowledge to quickly prototype your own designs!
gamedev-resources.com

How Rovio accelerated LQA by 4x with Gridly - As the final stage in the localization process, LQA (localization quality assurance) is crucial to the delivery of a polished game. But ensuring language quality also takes time — which means it’s often rushed or skipped entirely. With Gridly, Angry Birds creators Rovio were able to quadruple their LQA productivity and get game updates out faster. Here’s how they pulled it off.
gridly.com

A closer look at Analytics and Player Engagement - In this blog series, we take a deeper dive into each of the main categories our services cover – analytics and player engagement, backend, and multiplayer – and how you can leverage these tools for your games. This first piece will focus on our Analytics and Player Engagement category, which provides you with the tools to improve your game with data-driven decisions and perfect player experience with dynamic content updates.
Unity 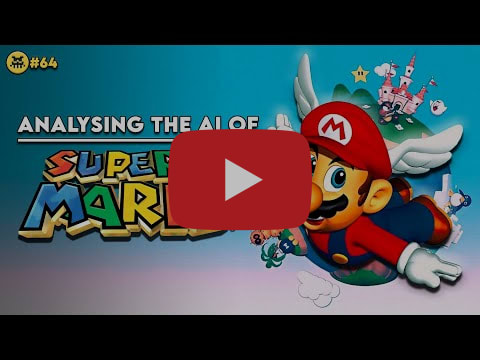 Beyond the Remake of 'Shadow of the Colossus': A Technical Perspective - In this 2019 GDC session, Bluepoint Games’ Peter Dalton will pull back the curtain on the process of remastering, refurbishing, and remaking classic games—from the ‘God of War Collection’ to ‘Shadow of the Colossus.’
[really, this is a great lesson on refactoring]
GDC

Sound Design COMPLETE course - EVERYTHING you need to know to craft any sound. - This is a compilation of all my tutorials done so far on Sound Design. I assumed a complete course all-in-one video could be handy if you'd like to download it all in one go or if you'd like to save it as only one link. I hope this also makes it easier to binge watch if you'd like to refresh all your knowledge on sound rafting in one go.
Woochia's Beats & Bobs

Plask -- 3D Animations From Video - Plask is a new (currently free) service for creating 3D animated models from a rigged character and a simple video of the animation. It is very similar to DeepMotion Animate3D and Radical in functionality and it will be interesting to see which tool comes out on top. If you lack animating abilities or the ability to do motion capture, this could be a good starting point for you to create 3D animations.
Gamefromscratch

Multiplayer Scaling Roundtable highlights | Unity Gaming Services - Find out how to scale a Dedicated Game Server (DGS) solution with leading experts in this highlights clip from our scaling round table.
Unity

Software Architecture in Unity - Ever wondered what software architecture is REALLY about? Why do we bother?
Jason Storey

Timetrial Ghosts in Unity - Record your characters movement and play it back for time trial races and other cool effects. Adding ghosts to your game provides friendly competition between friends and lets players observe how the worlds best went about handling a level.
Tarodev

Unity Publisher Sale - All individual assets from 3 architectural publishers, Finward Studios, NOT_Lonely, and ArchVizPRO, will be on sale at 50% off. Additionally, each of these three publishers is offering one asset as a Lightning Deal at a deep discount. This promotion ends March 3, 2022.
Three assets are available as Lightning Deals starting at 90% off. Limited quantities available.

Learn Unity RPG Game Development - Level up and acquire new abilities in RPG development using Unity with this bundle from GameDev.tv! These courses will equip you with the programming and other fundamental skills you need to create your own role-playing game from scratch. Learn how to build a core combat system, delve into dialogue editors and quest essentials, and find out how experienced pros implement a variety of key RPG systems. You’ll also get a hands-on crash course in 3D sculpting by making your own dragon in Blender. Set yourself up for success on your game dev journey, and support Carbonfund with your purchase!
Humble Bundle Affiliate

Vertex Animation - A vertex animation baking tool, shaders, and animation system for Unity DOTS/ECS. Render tens of thousands of models at the same time each with its own animation state. Artist friendly GUI for converting models.
maxartz15 Open Source

Volumetric Fake Lights - Shaders for Unity/VRchat that illuminate the area around them in a way almost, but not quite, like light. They're instanced, too, so multiples of the same light material and mesh will generally only take one draw call.
s-ilent Open Source

XSVolumetrics - XSVolumetrics is a package for simple Volumetric Lighting effects, made in the same way as those found in the newer World of Warcraft expansions. This method does hold up well in VR.
Xiexe Open Source

The Best Of Polygon Game Dev Assets - Looking for eye-catching 3D characters, environments, props, and effects to help you develop your game? This POLYGON bundle could be the instant low-poly, high-style library you’re seeking. Build a high-seas adventure with the help of the award-winning Pirates pack. Find assets for your fantasy prototype, sci-fi saga, or vision of the zombie apocalypse. Create offices, towns, and farms, and support Code.org and American Cancer Society with your purchase!
Humble Bundle Affiliate

Free Pixel Font Pack - Here you can download 3 absolutely free fonts in .tff format for personal and commercial use.
lana-ro.itch.io

Sidekick Inspection Tools for Unity - Sidekick is a set of tools that allow you to edit fields, properties and invoke methods in Unity's editor. It extends Unity's philosophy of real-time run-time editing and inspection by allowing you to edit much more than just serialised fields. Inspect and edit fields and properties on components, including statics and many more than natively supported in Unity's inspector.
sabresaurus Open Source

DFrame - Distributed load-testing Framework for .NET and Unity.
This library allows you to write distributed load test scenarios in C#. In addition to HTTP/1, you can test HTTP/2, gRPC, MagicOnion, Photon, or original network transport by writing in C#.
Cysharp Open Source

Hathora - A multiplayer game development framework. Building a multiplayer game can be extremely challenging. On top of the challenges of building a single player game, you now have to constantly battle the network and latency, find ways to prevent cheating, and figure out how to make a scalable backend architecture. Hathora's abstractions greatly simplify these aspects so that you can focus on what matters - making your game! [more on Hacker News]
docs.hathora.dev

Messager - This implementation of the event aggregator pattern tries to overcome the limitations of traditional event handling by providing a central place to publish and subscribe for events. It takes care of registering, unregistering and invoking events and thus decoupling publishers and subscribers.
Sov3rain Open Source 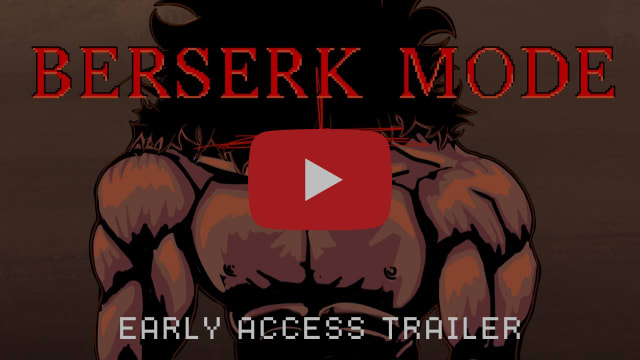 Berserk Mode - Berserk Mode is a visceral first-person roguelite set at a blistering pace. Become the Berserker, an unstoppable paragon of violence. Navigate the sublime depths of your battle-trance in a storm of blood and gibs. Prepare to enter Berserk Mode.