Issue #69 - Editor Scripting, Behind The Games, and much more! 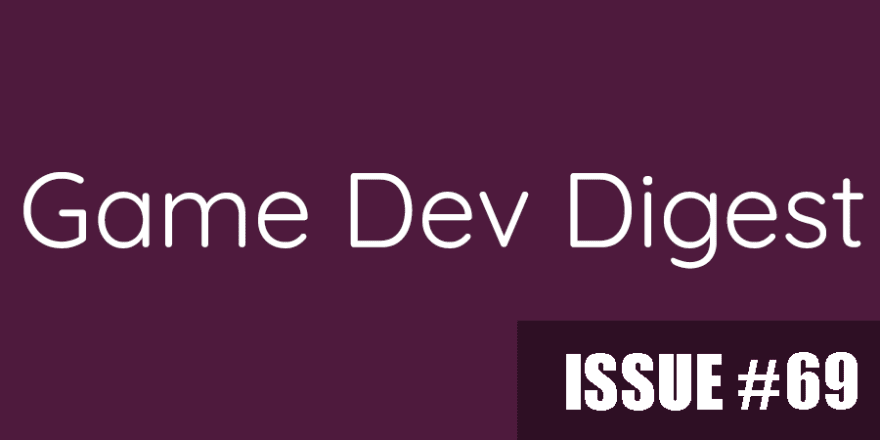 Nothing else is going on in the world right now, so might as well learn some game dev. Enjoy!

Unity Services that we actually use - Unity gets flak about how their services suck. I don’t necessarily share the same sentiment. But hey, they’re free and they’re not totally useless. We do use some of them frequently as supporting tools while developing Academia.
COFFEE BRAIN GAMES

What is the Unity Asset Store and how to make money on it? - I have been a publisher of the Asset Store for 4 years and would like to share my experience. I’ll tell you all you need to know to create an asset from the point of view of a programmer.
Konstantin Saetsky

A Sprite Outline Shader Solution - A thread describing (source included) how to create a desired sprite outline effect (thanks to unitycoder.com for linking)
Unity Forums

Working on a Stylized Desert Scene in Unity - Maxence Petitjean briefly talked about a small stylized environment he made in 5 days for an art test.
80.lv

How to Make a Game Like Monument Valley - Learn to create a simple click-to-move game where you navigate a series of seemingly impossible platforms like in Monument Valley.
raywenderlich.com

ARC-8: devlog #3 - Unity - Some years ago I coded a CHIP-8 emulator in C# just for fun, that emulator was hibernating in a private repository that I never released. Some days ago I started to working on it again with the idea to release it running on Blazor and as a Unity asset where any game developer could drag its prefabs as easter eggs directly to their games.
diegogiacomelli.com.br

Creating an InventoryItem Editor Part 2 - In this section, we're going to deal with the issue of how the editor can edit any child without having to know all the details of each child. We're going to do this by taking advantage of an important principle in C# and OOP in general, called Inheritance.
blog.gamedev.tv

Retro Console Palettes in Shader Graph - Many people grew up with older consoles and handhelds such as the Game Boy or the SNES. These retro consoles had a limited colour palette, and the art direction of gamed made for these systems reflected the restrictions placed upon artists. Recently, there has been a revival of classic consoles such as these, with Nintendo cashing in on their fans’ nostalgia with the NES and SNES Classic - today, we are going to use Shader Graph to replicate the unique colour palette restrictions of these consoles, starting with the original Game Boy.
Daniel Ilett

Parallax - Parallax is a very easy way to give your artwork some depth! Here's a micro-tutorial on how to do this.
Alex Ameye @alexanderameye

Jumping Fish AI | Unity3D - We want to share how we accomplished our giant fish monster in our upcoming game Zenith Falls!
gooslimestudios.medium.com 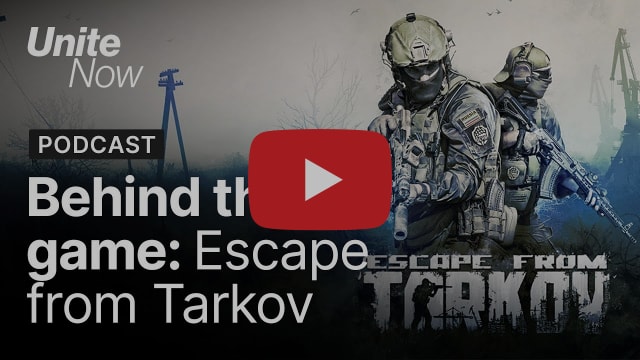 Behind the Game: Escape from Tarkov | Unite Now 2020 - Escape from Tarkov is a hardcore FPS from Battlestate Games. Hear from COO and project lead, Nikita Buyanov, on their experience moving the project to the latest version of Unity and how they’re using features such as Timeline and ProBuilder to create one of the most-viewed titles on Twitch.
Unity

Getting Started with Editor Scripting in Unity! | Tutorial - In this video, we are walking you through the basics of creating Property Drawers and Editor Windows using UI Toolkit.
Unity

Design Pattern: Singletons in Unity - In this video we'll see what a Singleton is, why we should or should not use it, and how to implement a singleton pattern in Unity.
samyam

Making a Hull Outline Shader in Unity URP Using Renderer Features and Culling! | Game Dev Tutorial - Outlines are a fun technique to add style to your game and pair perfectly with toon shaders. There are a variety of ways to implement them, and in this video, I look at one of them. I use a renderer feature to render a mesh twice, extruding the "hull" to create an outline. In the process, I write a script to handle sharp corners.
Ned Makes Games

Tails of Iron: How Odd Bug used 2D lights to create mood | Unite Now 2020 - Martin Reimann, environment artist and art director at Odd Bug Studio, discusses his development process for crafting a scene in their game, Tails of Iron. You learn how Unity's new 2D light system and their own tools combined to create the sublime environments in the Tails of Iron world.
Unity

2D Tips - Lightning round | Unite Now 2020 - Get ready for a fast round of productivity tips and performance tricks for 2D projects. We show you how to get the most out of our 2D tools and ensure your project takes advantage of the latest best practices.
Unity

Designing A Responsive Tooltip System in Unity - Tooltips are a fundamental part of Game UI design but it can be tricky to make them look good, let's take a look at how to design a smart and responsive Tooltip system that will resize and position itself on screen relative to its content!
Game Dev Guide

How to Make a Game - Drawing with LineRenderer in Unity3D - Learn how to use a linerender in unity to create a simple drag indicator.
Jason Weimann

Quick Tip ~ Enter Play Mode Faster & Speed Up Development in Unity 2020 - Here's how you can launch play mode much faster while testing development for your Unity games with a single setting. Disabling Domain Reloading and Scene Reloading will make certain aspects of play mode not work exactly like the actual build of the game but for most aspects of testing the game itself, this is a huge boost to development speed.
Chris' Tutorials

Kingdom: Classic (FREE GAME) - In Kingdom, each coin spent can tip the balance between prosperity and decay. Attend to your domain, border to border, or venture into the wild to discover its wonders and its threats. Master the land, build your defenses, and when the darkness comes, stand with your people, crown on your head, until the very end. Gameplay Kingdom is a 2D sidescrolling strategy/resource management hybrid with a minimalist feel wrapped in a beautiful, modern pixel art aesthetic. Play the role of a king or queen atop their horse and enter a procedurally generated realm primed to sustain a kingdom, then toss gold to peasants and turn them into your loyal subjects in order to make your kingdom flourish. Protect your domain at night from the greedy creatures looking to steal your coins and crown, and explore the nearby, mysterious forests to discover curious and cryptic artifacts to aid your kingdom. [Grab this for free until Nov. 10]
Humble Bundle Affiliate

WiggleIntoPlace - I've used this wiggle-in-place script several times now in different projects, figured it might be useful for others as well. So feel free to copy and use the code commented below.
Sou'wester Winds @SouwesterWinds Open Source

AssetDatabaseExt.cs - Unity Editor helper methods to get Prefabs with one or more specific components from the assets database.
Ariel Coppes Open Source

PrefabPainter2D.cs - Check out EditorTool class in #unity, it's a hidden gem that lets you create your own tools (think 'Scale tool', 'Move tool', etc) super quick. I just discovered it & after a couple of hours I have my very own 2D prefabs painter
Siarhei Pilat @SiarheiPilat Open Source

NewObjectBottomOfHierarchy.cs - Annoyed that every time you drag and drop a prefab to the Scene in #unity, it's placed to a "random" place in the Hierarchy? This simple script will automagically move all dropped gameobjects to the very bottom.
Siarhei Pilat @SiarheiPilat Open Source

Mastering Animation By CRC Press - We've teamed up with CRC Press for our newest bundle! Get ebooks like Dream Worlds: Production Design For Animation, Directing for Animation: Everything You Didn't Learn in Art School, Animated Life: A Lifetime of tips, tricks, techniques and stories from an animation Legend, Make Toons That Sell Without Selling Out, and Writing for Animation, Comics, and Games. Plus, your purchase will support the Hero Initiative! $1,037 WORTH OF AWESOME STUFF PAY $1 OR MORE
Humble Bundle Affiliate 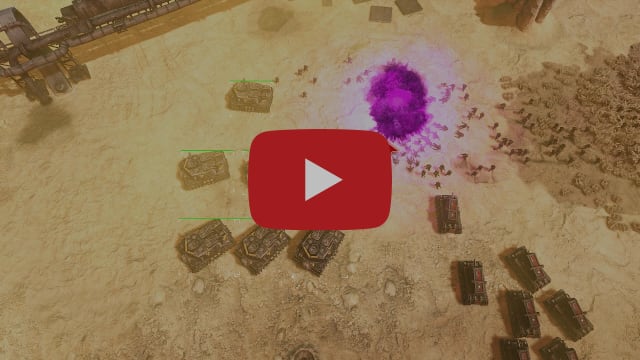 MARS 2000 - MARS 2000 is a realtime strategy inspired by Command and Conquer series. It is developed by Space Crab Development.

This game offers you a brutal and balanced gameplay in a dieselpunk setting. Deceptively recognizable mechanics, that will show you lots of new tasty things, when you try them.

Blue/Green Deployments in Amazon Aurora and Amazon RDS. How it Looks?

C++ or Blueprints: pros and cons, when to use one or the other?