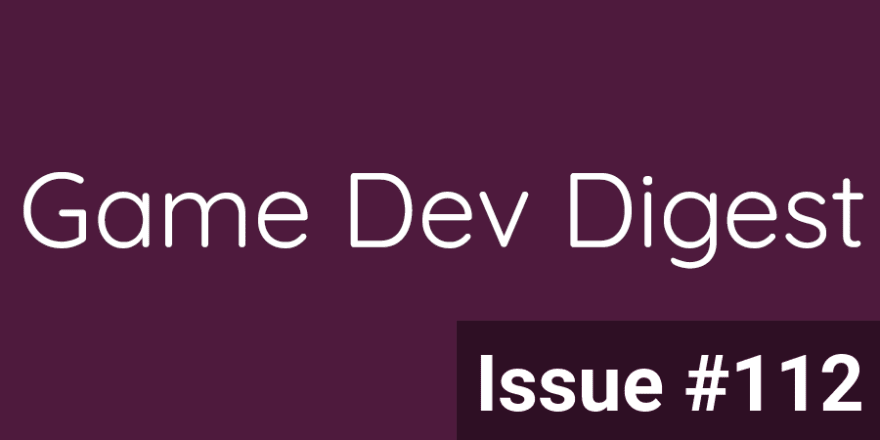 Programming tips in this issue. Have some fun and learn something. Enjoy!

Speed up your programmer workflows - In this third and final blog post in the series, we focus on workflows and the features that help programmers get more done in less time.
Unity

Database System in Unity using Resources and ScriptableObjects - There is a high probability that you wanted to create a database and make it editable with ease for either a developer or a designer. There are a lot of ways of dealing with this problem, but the way we want to tackle this today is the most friendly from a Unity design perspective.
theknightsofunity.com

The Command pattern with Scriptable Objects - In this article, we’ll implement another classic programming pattern in Unity. This time, it’s the command pattern.
Bronson Zgeb

Searching for a Non-Nullable Reference Type - The inventor of null references has called them his billion dollar mistake. We’ve all felt that pain so many times. After a while it can seem like null references are inevitable. They’re just a built-in sharp edge we have to carefully avoid cutting ourselves on. But is this true? Is there some way we can avoid the possibility of a null reference in the first place? Today we’ll go searching for such a mythical type.
jacksondunstan.com

Agent actions as entities - I’m going to share to you an ECS pattern that worked for us. The gist is that we modeled the agent actions as separate entities. Buckle up because this is going to be a long wild ride.
Coffee Brain Games

Difficulty Pacing in Puzzledorf: Reflections - Keep in mind, appropriate difficulty pacing is going to vary based upon many factors, including genre and target audience. I think I cover enough general principles to be useful as a guideline with any game.
stuartspixelgames.com

Q1K3 – Making Of - This was my third time participating in the js13kGames contest. Play Q1K3 – An homage to Quake in 13kb of JavaScript. [Not Unity, but still interesting nonetheless!]
phoboslab.org

Shopify Party - We built an internal game at Shopify to make virtual hangouts more fun. It’s called Shopify Party, and I’d love to tell you all about it.
Daniel Beauchamp @pushmatrix 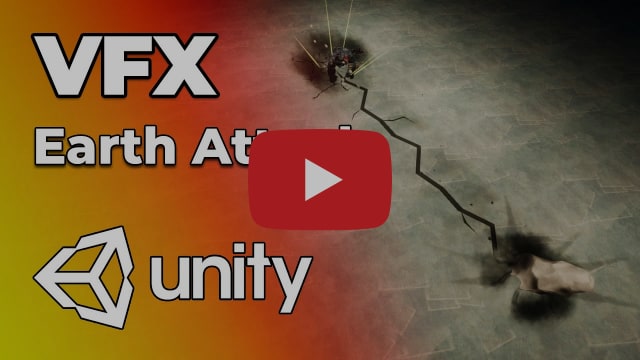 Procedural Recoil System | Unity Tutorial - In this tutorial I show you how to use recoil to make your guns a lot more punchy! Unfortunately this tutorial doesn't show you how to animate your weapons for the full recoil effect. If you are wanting something like that let me know! I would love to do a Game Study on one of your favourite game's recoil.
Gilbert

Decals & Stickers in Unity Shader Graph and URP - Decals have been available natively in HDRP for a while now, but not URP. Luckily, there are ways to add our own. In this tutorial, learn how to use some neat tricks involving space transformations and the depth buffer to make decals of our own which project a texture onto flat or curved surfaces!
Daniel Ilett

Hex Grid Movement in Unity 2021 P1 - Creating a hex grid - In this tutorial we will a hex grid movement system in Unity 2021 in URP. It will be similar to what strategy games like Civilization or Heroes III has. First video will be about creating a HexGrid data structure to be able to find the neighbours of a hex tile. In the second video of this series we will create a shader that will help us later to show a range of movement. In the last video of this series we will add a character an implement a Breadth First Search algorithm to find how far our hero can move.
Sunny Valley Studio

How Utility AI Helps NPCs Decide What To Do Next | AI 101 - Sometimes the AI in a videogame has lots of perfectly valid actions it can take, but deciding which one can be quite difficult. Utility AI is one approach to help solve it, by calculating how useful that action is based on the current context.
AI and Games

Unity Animation Rigging Tutorial (Super Easy In Just 10 Minutes!) - It's totally possible to animate ANYTHING with Photoshop and Unity in just 10 minutes! Here's how!
Thomas Brush

Simple Question Dialog in Unity! (Yes-No Ok-Cancel Unity Tutorial) - Learn how to make a simple but extremely useful Question Dialog Window in Unity! Perfect for asking the Player a question like "Do you want to Quit the game?", "Really change settings?" and so on. Also you can easily change the buttons from Yes/No to Ok/Cancel or anything else. Since the Question Dialog works with Delegates it is super adaptable to any scenario.
Code Monkey

Adding a Spell Checker to Unity - Unity doesn't have a built in spell checking tool. So let's make one!
Game Dev Guide

Unity Creator Spotlight: A Township Tale by Alta - Join the amazing team at Alta as they give us a crib tour of their open-world RPG VR game, A Township Tale. Boramy and Victor show us how they designed their procedurally generated biomes and cave systems, keep community engaged with a robust content strategy and manage a team of technical as well as non-technical employees by creating built-in Editor solutions.
Unity

Unity Creator Spotlight: Boyfriend Dungeon by Kitfox Games - How does a game like Boyfriend Dungeon come to life? We get the answers from the team at Kitfox! In this video, we discuss the origins and inspiration behind the game and get a look at the workflow behind the game’s narrative. We go into the engine to look at the physics system, gameplay, and more, all while answering questions from our community.
Unity

How I learned Unity in 3 simple* steps - Welcome to the first episode of Developing - a new series in which I create my own video game. I’m starting from the very first step: choosing a game engine and learning how to use it! I mean, the steps are, like, *conceptually simple. But actually really difficult in practice. So, yeah.
Game Maker's Toolkit 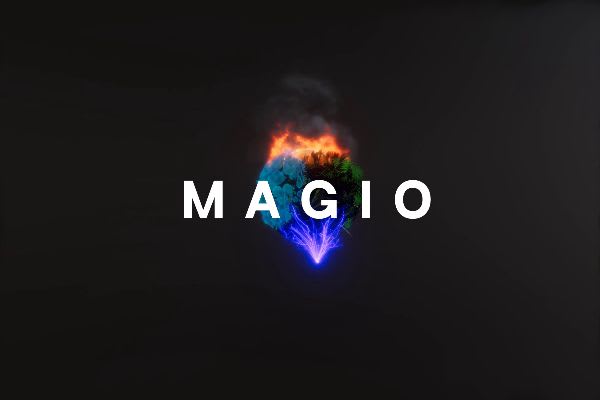 Magio - Interactive Effect Engine - URP/HDRP - BETA - Spark your game with procedural magic effects, make your explosions burn the environment or puzzle players with elemental interactions, Magio can do it all. Magio comes with 6 performatic procedural effects and 3 High Quality variants aimed at games with high visual fidelity. You can also easily create your own or modify existing effect to work with Magio as all effects are done in Unity's Visual Effects Graph!

Core of Magio is to make any effect to fit any mesh or skinned mesh instantly and make it interactive with the surrounding effects and environmental variables. Ignite, spread, extinguish/nullify and customize effects as you will. Every effect will be unique, procedurally generated in real-time and fitted to the attached gameobjects.

Polyhydra - A toolkit for the procedural generation of geometric forms in Unity.
IxxyXR Open Source

UnityNuGet - This project provides a seamlessly integration of a curated list of NuGet packages within the Unity Package Manager.
xoofx Open Source

Native Collections - A small library of native collections like NativeArray suitable to be used with Unity 2018.1 or greater. No additional packages (e.g. ECS or Burst) are required.
jacksondunstan Open Source

Water Demo - This is a port of Evan Wallace's Water Demo from WebGL to Unity.
I ported this as an exercise to investigate different real-time caustics implementations. I've only surveyed a handful of research papers on real-time caustics, but it seems like Evan's work would be suitable for publication for both its simplicity and performance.
shanecelis Open Source

Unity Frame to Mouse Tool - When moving the scene view camera around the Unity editor, if you pan far enough the camera rotation gets wonky. This adds a tool to Unity to frame the camera without having to manually select an object to center the editor camera on.
avatar Jeiel Aranal Open Source

CONVERT, EDIT, RECORD YOUR PHOTOS, VIDEOS AND GAMEPLAY - Capture, create, and convert! Save the moments that matter to you. Record them, edit them, and then convert them! In our new bundle, you’ll find everything you need to make memories, with software like Movavi Video Converter Premium 2021, Movavi Video Editor Plus 2021, and Movavi Screen Recorder 21. Plus, your purchase will support Make-A-Wish, JDRF Diabetes Foundation, and even Choose Your Own Charity!
Humble Bundle Affiliate 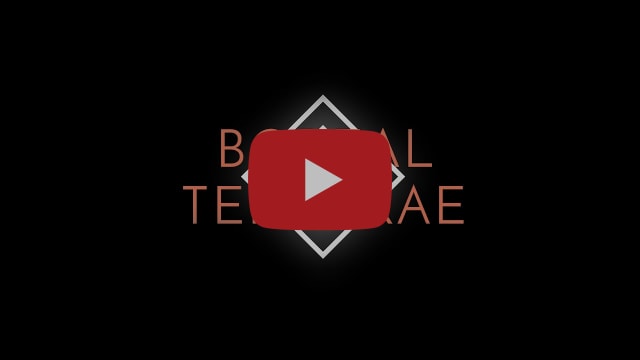 Boreal Tenebrae - Boreal Tenebrae will take you on a retro-style adventure, with a mysterious atmosphere and horror elements. The game is inspired by 90s classics and the best TV series.
Snot Bubbles Productions

8 Most Popular Gaming Platforms For Programmers