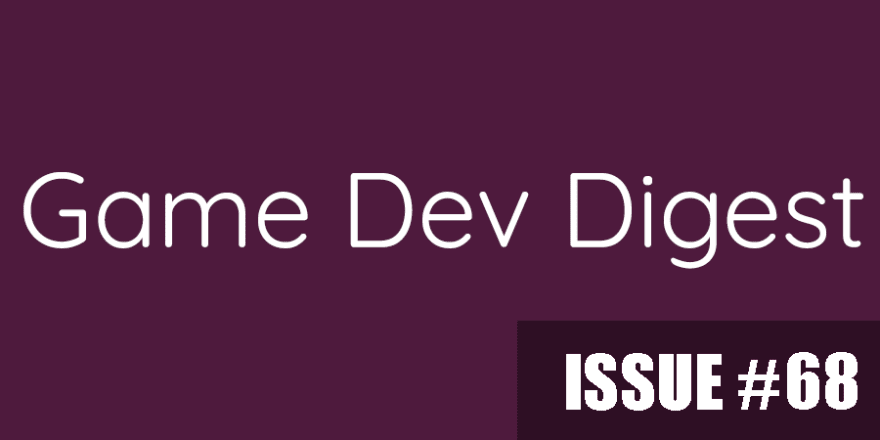 This week includes some potentially helpful tips on speeding up your workflow, and hopefully some more posts to get you inspired to actual get working. Enjoy!

The Colorful Side of Ray-Traced Colored Shadows in Unity - In this post, you will learn how to render colored shadows in Unity to give a unique tint to the style of your game. Indeed, real-time ray-tracing will do this for you.
The Gamedev Guru

Easy Inverse Kinematics - Whichever way you go, you can use the principles in this tutorial to make IK play nicely with your animations.
stellargameassets.com

Fire Shader Breakdown - Hey! Wrote a breakdown of a fire shader that uses noise for a distortion effect (similar to the stylised fire in RiME). I've had this shader for a while but never got around to a proper breakdown, until now!
Cyan

Start creating games with virtual LEGOⓇ bricks in our new LEGO Microgame - In the latest addition to our Microgames series, we’re putting digital LEGO® elements in the hands of new users to get them quickly building, customizing, and sharing their first 3D game in less than an hour.
Unity

Pixel-perfect fonts in Unity – The Practical Guide - During the development of a retro game sooner or later you will come across a problem of displaying a text with pixel-perfect fonts. Be it a character’s dialogue, menu option or final score – as a game developer you need to ensure the correct rendering of in-game texts. In this tutorial we are going to look at how we can achieve such pixel-perfect font in a wide range of resolutions. The contents here will be based on the materials presented in my previous article on how to achieve pixel-perfect graphics in games. Please refer to it if you’d like to learn more.
pavcreations.com

Multiple Cameras - This is the 14th part of a tutorial series about creating a custom scriptable render pipeline. This time we revisit rendering with multiple cameras, now with post FX added.
Catlike Coding

Being Resourceful - If you’ve spent much time in the Unity editor, you may have noticed it utilizes a wide variety of icons for various windows and actions. Many of these icons support both the dark and light editor skins (generally by utilizing a contrasting color scheme - darker icons for the light skin and lighter icons for the dark skin). Some of them support higher resolution versions when they’re expected to be used in places other than toolbars (since those are generally pretty narrow). Can we utilize these icons for our own needs?
sorcerycodex.com 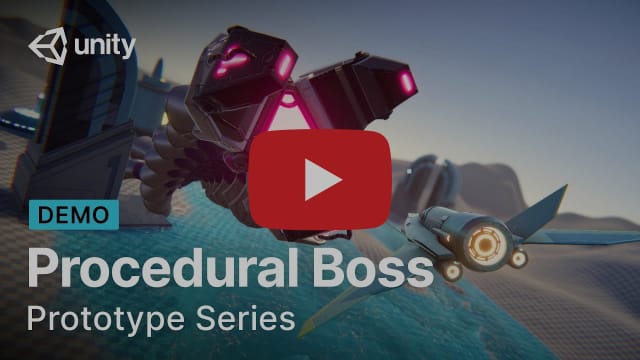 Creating a boss with procedural animation | Prototype Series - In this episode of the Prototype Series, we've experimented with creating a procedurally animated boss enemy! Let us know what you would like to see being prototyped!
Unity

Retro Console Palettes in Shader Graph and URP - Classic games hold a special place in many people's hearts due to the nostalgia they feel when they play on older consoles, such as the Game Boy, NES and SNES. In this tutorial, learn how to use Shader Graph to emulate the restrictive colour palettes of those consoles.
Daniel Ilett

Total Jump Solution For Unity: Less Floaty Jumps, Check For Ground, And Manage Jump Height Curve - This video will cover everything needed for a standard jump in Unity: managing a grounded state, having the player jump higher if you hold the jump button instead of just tapping it, and all the small details that make a jump feel less floaty.
I_Am_Err00r

Behind the Game: Humankind | Unite Now 2020 - Tim Raulin and Romain de Waubert from Amplitude Studios chat with host Mike Geig about their turn-based historical strategy game, Humankind. Learn more about the studio behind this ambitious title, how their community helped shape the game, and what it takes to build a game where the course of civilization is in your hands.
Unity

Lighting up your game graphics | Unite Now 2020 - With Unity, you can achieve realistic light for a wide range of art styles while keeping your game optimized for performance.
Unity

How to get started making Quest 2 games in Unity - Part 1: The Setup - The Oculus Quest 2 is here and you too can make games for it! Unity3D is the perfect gamedev environment, and in this video I show you how to get up and running in no time.
SharkJets

UnityObservables - A tiny package containing generic implementations for Observables that play nice with the Unity Editor. The Observables are serializable, they display nicely in the inspector, and they work with the UNDO system.
The Observable pattern is extremely useful in Unity for many reasons. Not least of all is the potential performance gains. Without Observables you may need to check if a value has changed each frame inside an Update function. Since Unity uses reflection to call Update this can really add up, something I was surprised to see when profiling an oculus quest game. It was truly death by a thousand cuts.
Adam4lexander Open Source

CSVLogger.cs - Sharing a script I like called CSVLogger -- a simple way to log CSV data to #HoloLens in your #Unity project. Writes to Pictures folder so you can access from File Explorer rather than Device Portal. I hope you find it useful!
Julia Schwarz Open Source 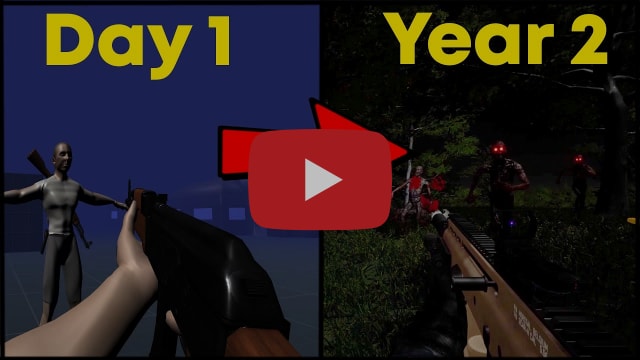 What is Animation System in Unity3D