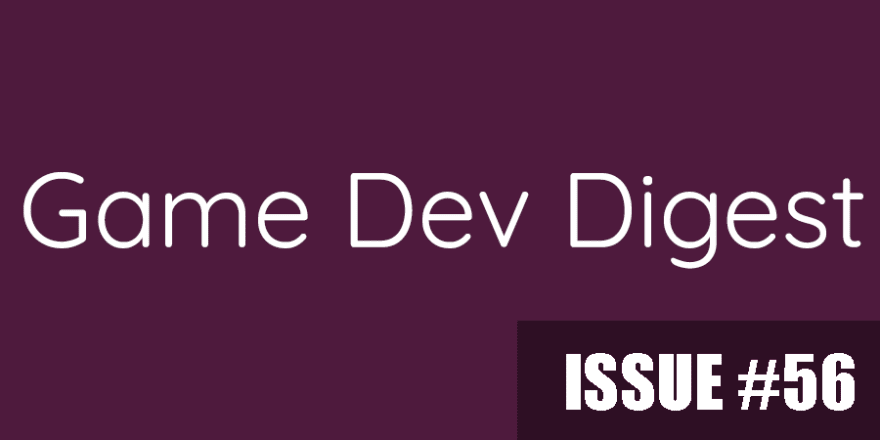 Tons of Unite Now videos to get through this week, all very useful. Check out the Probuilder/Progrids/Polybrush series if you want tips on faster level design iteration. There is also 2D content, UI, Shader Graph galore, and much more. Dig in as usual and enjoy!

Using Meshroom to Insert Real Life Objects in Unity - In this article you’ll learn how to use Photogrammetry to photoscan and insert real life objects into your Unity projects with Meshroom.
raywenderlich.com

Practical Tips: Maximizing Your Unity Game's Performance [Part-2] - This is the final and Continuation of Game Optimization tips.
Mahesh Athirala

Unity: Optimized Frame Pacing for Smooth Gameplay - Let's talk about the concept of frame pacing to learn how to reduce the performance stutters that your game suffers. If you want smoother gameplay in your Android games, then this post is for you.
The Gamedev Guru

Advanced scenes management in Unity - I would like to show you the approach that I've been using for years. It makes things easier to debug, more transparent and understandable what's going on with all that scenes' transitions.
Oleh Zahorodnii

Unity Shader Graph *Important Resources* - For the sake of not having to scour the internet over and over again🙄, here are links to my most used resources for creating node based shaders with Unity Shader Graph.
Tim Coster

Fire Shader Breakdown - A fairly common method of creating fire is to use a particle system, however many transparent quads produces overdraw which can affect performance, especially for VR and mobile platforms. Rather than using a particle system, a different approach to fire is a quad which faces the camera, where a noise texture is used to warp the UVs for sampling another texture (or generated ellipse / teardrop-like shape).
Cyan

Particle Trail Sim - A Detailed How-To - The core of the simulation is a two-dimensional grid of floats representing the signal (or “energy”) that the particles use to determine their route of travel.
SBATMAN.BLOG

Unity Tip: Improved UI Scaling - Something I see all too often in Unity games by small devs is poorly scaled UI, especially for border/background images
The Sleepy Order

A Guide to Making Damage Text Popups in Unity - Making damage numbers or damage text popups appear above a sprite in Unity, at first glance, seems like a simple one. There are definitely many approaches to this, but one must beware of inefficient, resource intensive or bug-prone solutions.
Wintermute Digital

ICYMI: Pixelblog 8 - Intro To Animation - Ultimately, the most effective way to learn is by going through the motions.
[Also check out Motion Cycles]
Raymond Schlitter 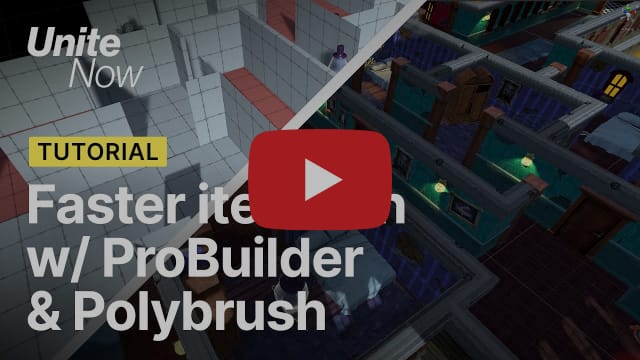 Faster level design iteration with ProBuilder and Polybrush | Unite Now 2020 - If you’re a 3D modeler, environment artist or level designer, watcht this video to learn how to use Unity’s proven tools for designing, prototyping, and artistically finishing a scene.
[Also check out Asset Management with FBX Exporter, ProBuilder, and PolyBrush | Unite Now 2020, and @BinaryImpactG's tip on tidying up your UVs]
Unity

Creating a UI Line Renderer in Unity - Unity's Line Renderer Component doesn't work in the UI system... So, let's create one that does...
Game Dev Guide

Physics and Slow Motion in Unity | Beginner Prototype Series - Physics is fun to play with in Unity, but what about Physics AND Slow Motion?! Having the power to slow down time in a sandbox game is magnificent. In this particular video, we showcase how we can manipulate time in Unity using timeScale and how to modify it via code!
Unity

More Holograms in Unity Shader Graph and URP - In the last video, we created holograms in Shader Graph. This time, we're adding distortion and noise effects to add a bit of imperfection - it's like making the effect look worse, in a good way!
Daniel Ilett

Creating Customizations with Shader Graph in Unity! (Tutorial) - In this video, we're going to take a look at how we can use Shader Graph with the Universal Render Pipeline, URP for short, to create customizations, custom liveries and skins for our vehicles!
Unity

Unity animated character controller with root motion - This video demonstrates how to convert from a rigid body to a character controller to be able to walk up and down stairs and slopes. A character controller is always very specific to the game you're making, I've had to make some tweaks for it to play nice with animation rigging. I hope this gives you inspiration to customise it further for your needs.
TheKiwiCoder

Mobile Joystick with NEW Input System and Cinemachine - Unity 2020 Tutorial - Learn how to make a third person controller for mobile using the new input system and cinemachine. Works for Unity 2019.3 and up and am currently using version 2020.1.
samyam

Introducing the Terrain Editor | Unite Now 2020 - Learn the basics of Unity’s features for terrain. We show you how to set up the Terrain Tool, build a custom terrain, adjust topography, paint textures, add foliage, and more.
Unity 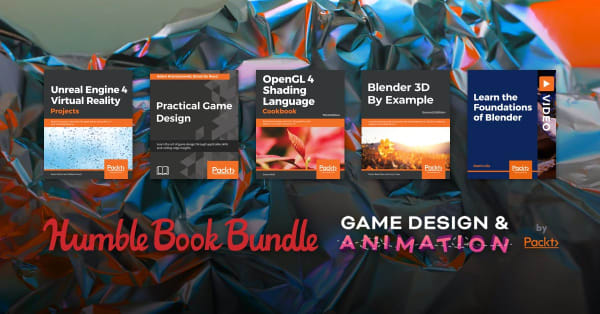 Advanced Character Movement 2D - The Advanced Character Controller 2D (ACC2D) package will give you advanced control of movement of a 2D character. It was developed to work in a 2d platform game in Unity. Main features:

Localization - A simple way to translate strings in a project A more detailed description can be found on my blog. I have updated my localization system. Now it is more scalable!
Anton Semchenko Open Source

UnityLighsaber - A Lighsaber brought to life in unity. I decided to learn how to slice meshes in unity. Going through Unity's documentation I learnt that you can cut meshes by iterating the triangles in the mesh object and create new ones based on the intersections of a plane.
[watch the video]
Tvtig Open Source 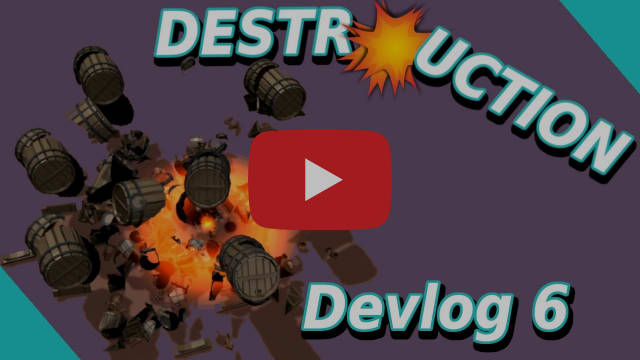 RPG Devlog part 6 - DESTRUCTION - Explode Barrels & More - Will Unity break? | Make a RPG in Unity | - My name is Leon and I'm a german indie gamedev working on a RPG.

Something about my game: The RPG is based on the book I'm writing and will lead you through the story in a different way the book does but not only because of the general differences between games and books. In the game you'll have the opportunity to make decisions, which can not only cause little, but also dramatically changes in the story, while the story of the book is already written. For more informations about the game mechanics, features and stuff like this watch the upcoming devlogs. So stay tuned and maybe if you like what I'm creating you'll write your own story when i published the game.
LFStudio

Easily Track the Progress of Your Work Using the New .NET MAUI ProgressBar